Michelle Obama has one of the most coveted wardrobes in the country, so it's no wonder that the tech world finally caught up and gave us an app that will help track her every garment.

Launched last week, Michelle's Style List will not only break down Mrs. O's ensembles, but it will also provide direct links to purchase the pieces themselves. Maybe you wont be buying her $7,000 J. Mendel jacket, but surely you'll be interested in tracking down a J.Crew cardigan or a Target dress.

Strangely enough, the app was developed across the pond by Brit Helen Barclay. After the success of her app, Kate's Style List (do we even have to specify which Kate?), Barclay decided to use the same tactic for the similarly influential first lady.

"Michelle Obama has a huge following in the US. She sells out clothes in the same way Kate Middleton does, and like the Duchess of Cambridge, she recycles lots of her clothes," she told the Daily Mail. "It is mainly aimed at the American market, but I hope it will work here, too."

The 28-year-old developer is definitely on to something. Though not as stark as the so-called Duchess Effect, the "Michelle Obama Effect" can be seen in sold-out accessories and copied versions of dresses she's worn. Not to mention, designers who dress the first lady tend to become household names pretty quickly (Michael Kors, Reed Krakoff and Jason Wu, to name a few).

So what do you think of this latest style stalking device? Will you be shilling out the 99 cents for Michelle's Style List?

Sorry, we don't think her prom dress is available: 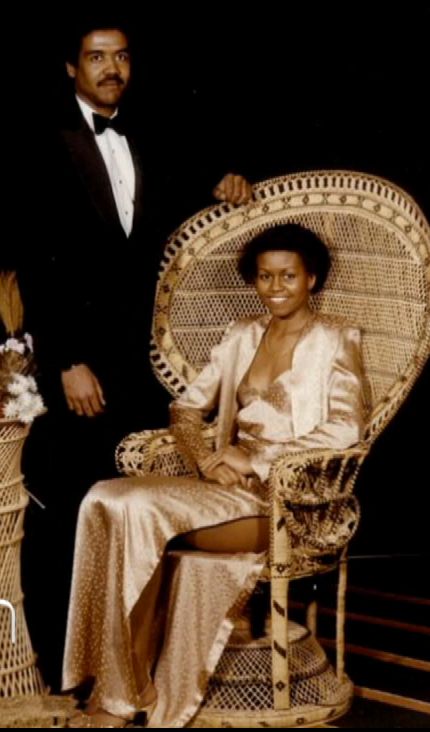