Actress Michelle Williams’ career includes everything from Oscar-nominated performances in “Manchester by the Sea,” “My Week With Marilyn,” “Blue Valentine” and “Brokeback Mountain” to a starring role in the bible of your formative years, “Dawson’s Creek,” to a superhero-adjacent part as Anne Weying in the alternate universe Spider-Man story “Venom.”

Googled the original 5 members of Destiny’s Child and the disrespect of Michelle Williams continues on into 2018 pic.twitter.com/aPBrSY0b0o

At first, this seemed too ridiculous to be real. So I put it to the test, and the same result occurred. In fact, I even searched “destiny’s child original members,” and the Oscar nominee kept showing up as a Beyoncé collaborator.

In a call with Michelle Williams (the actress) on Friday for “Venom,” I asked what it was like being a part of Google’s version of Destiny’s Child. And like the girl group once sang, it is apparently just emotion taking her over.

“It gets me one step closer to Beyoncé, so I’m pretty good with it,” she said. “Now I’ll have an ice breaker if I ever get to meet Beyoncé. I’ll talk to her about the old days of Destiny’s Child. So thank you because I’ll obviously be tongue-tied if and when that ever happens, and now I’ll know exactly what to say.”

Williams has never met Michelle Williams (the singer), but this isn’t the first time one has been confused for the other.

Speaking of “Independent Women,” here’s how Williams described her “Venom” character, Anne: “It was really important to me that the film felt pinned to this year, from my character’s perspective that it felt pinned to 2017 and 2018, and that we had an example of a woman that knew her own worth and knew it enough to ask for it. ... When [Tom Hardy’s character Eddie Brock] transgresses, she holds him accountable. She doesn’t let him walk all over her.”

She continued, “What I was thinking about today is that it’s so reflective in all the pop music that my daughter and I listen to in the car when we’re driving places. It’s all of this like, ‘Hey, Baby. I’m worth it’ ... ‘No, you can’t have all this if you don’t respect all this.’ That’s the message that’s out there on the radio, and that’s really what I wanted to embody in this moment in time in Anne and in this movie.”

OK, back to Destiny’s Child. Subsequent Google searches this week were a mixed bag. At first, it appeared that the online anomaly had been corrected. The picture of Michelle Williams (the actress) wasn’t appearing alongside pictures of the actual women in the group at the top of results. Then, in a subsequent search in incognito mode (which is how I did all the desktop searches since it disables browsing history and storage), Williams made her pop music comeback.

So don’t be surprised if Williams’ photo appears in search results if you’re Googling the girl group in the future, because like the Destiny’s Child song, it’s a survivor. It’ll keep on surviving. 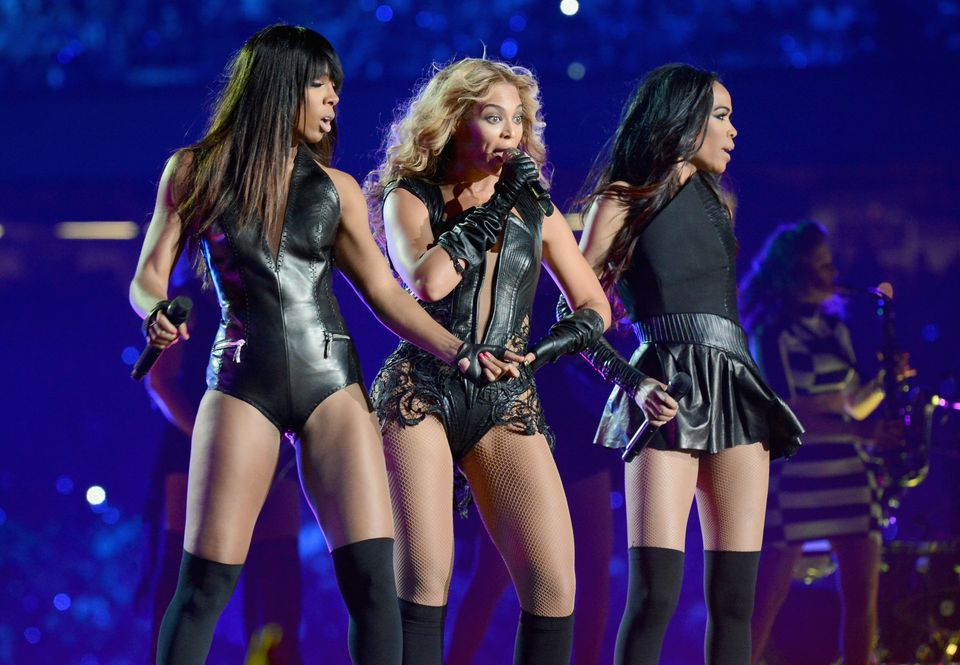