After singing in Destiny's Child from 2000 until the trio disbanded in 2006, the 33-year-old singer starred in Broadway shows like Aida and Fela!, released three solo albums, competed on "Strictly Come Dancing," acted as an ambassador for the American Heart Association's "Power to End Stroke" campaign, and memorably joined her old bandmates Kelly Rowland and Beyoncé onstage at the Super Bowl in 2013.

Born in Rockford, Illinois, to a nurse and a car salesman, Williams grew up singing in church and performing in gospel groups. She attended Illinois State University for two years before her music career took off, and still hopes to finish her education. "It gets to me that I never got my degree," she told The Daily Mail in 2008. "Everyone in my family has one, and I’d like to go back at some point and finish it."

These days Williams is working on her fourth solo album ("Journey To Freedom" will be released later this year), and just announced a partnership with the Playtex "Play On" campaign.

"I know from experience that the best way to make it through life's hiccups is to keep your head up, shrug it off and move on," Williams said in a press release. She plans to use stories of her own life struggles -- she has bravely spoken out about her struggle with depression, for example -- to inspire other women.

I’m born to do it, I love what I do. That’s why. When I was in college I studied criminal justice so I would probably be in forensics. I really like forensic psychology. Or, I would be an amazing, fierce prosecuting attorney. I like to get down to the nitty gritty of things.

Queen Latifah. I like her because she does everything. I remember being told one time that I couldn’t sing gospel and be an actress -- that I had to perfect one field first. Queen Latifah is great because she’s got CoverGirl, at one time she was doing Pizza Hut voiceovers and she went from hip hop to doing jazz to doing "The Star-Spangled Banner" at the Super Bowl. Another role model of mine is my pastor’s wife. I like her balance, I like her strength. At the end of the day, I like to name somebody personally that I know for a fact has my back, who pushes me to be better because we know each other.

What advice would you give to your 25-year-old self, or your younger self just starting out in your career?

I used to limit myself so much as a child and teenager so I would say, "Go out more!"I would tell myself, “it’s OK to be yourself. It’s OK to be odd. It’s OK to not fit in.” If there is something different about you, embrace that. I would also say, have fun, chill out, and mom is always right.

What would you differently at the start of the career? Would you have made any different choices?

No. Everything that I did is what I wanted to do, and it’s gotten me here today. I think some wrong decisions may not necessarily even be wrong.

How would you define success?

So by that definition, are you successful?

How would you define happiness?

I feel so excited about this amazing new campaign with Playtex. It's about celebrating the everyday women, to encourage her and empower her and let her know -- regardless of mistakes, or stumbles, or whatever -- that she should play on. Get moving. I've exposed some of my insecurities, some of my mistakes, some of my falls. You might do something in life that might haunt you forever, but how can you turn it around for the positive? Do your thing, be in your lane, create new lanes. Create new pavement!

We don’t celebrate everyday women enough. They make the world go around, not the people you see on the magazine covers. 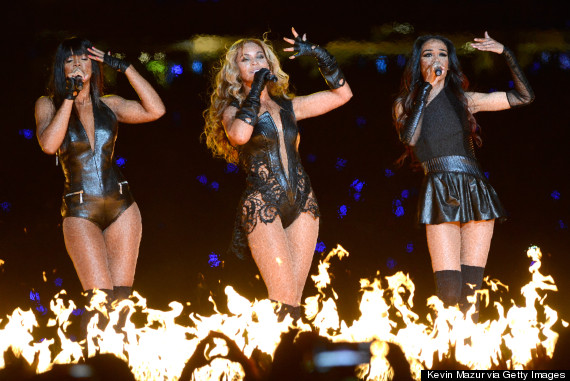 What do you think that women should focus on in 2014?

Themselves. That's what I’m working on is myself. Before you know it, you let two or three months go by, you didn’t get a pedicure, you haven’t meditated, you haven’t prayed. Twenty-four hours in a day goes by and sometimes we get caught up. What I’ve started doing is working out. Not to have some fabulous body but for discipline and consistency. To start what I finish. So I would say work on you, do that one thing that you’ve always wanted to do. Start reading again, start writing again -- you will be on the way to success when you can start doing stuff that you want to do.

I’m really a boring person. I go into my room, I’ll watch "Judge Judy." Seriously. No one says the word "idiot" like her. I’ve also started to turn my phone off. It’s like once I do that, the anxiety literally goes away, because so much of our anxiety is tied to this thing. We’re always looking at Twitter or Instagram, and that puts so much foolishness in our minds.