An expert witness in Michigan's gay marriage trial said he believed homosexuals would go to hell if they don't repent.

Canadian economist Douglas Allen made the claim during his testimony Thursday. He was Michigan's last witness in a federal trial challenging the constitutionality of the state's ban on gay marriage.

Attorney Ken Mogill, who is representing the lesbian couple challenging the ban, was questioning Allen when his views arose, according to the Detroit Free Press.

“Is it accurate that you believe the consequence of engaging in homosexual acts is a separation from God and eternal damnation. In other words, they’re going to hell?” Mogill asked.

Mogill's question was a followup after asking if Allen was biased. Allen said he was not.

An economics professor at Simon Fraser University in Burnaby, British Columbia, Allen wrote a report analyzing 52 gay parenting studies between 1995 and 2010, finding scientific research lacking for conclusions that gay parents have equal outcomes for children, and also conducted his own studies.

According to the Detroit News, he also raised concerns Thursday about a study presented by the plaintiffs earlier in the trial that concluded that children raised by gay parents were as well off as the children of straight parents.

Allen's statement came after several days of testimony from witnesses for the state. One was dismissed before testifying because he wasn't deemed qualified as an expert. Another was sociologist Mark Regnerus, the the author of a controversial 2012 study that showed worse outcomes for children of parents who had same-sex relationships. On the same day he testified in court, his own university denounced his research.

Plaintiffs Jayne Rowse and April DeBoer are a lesbian couple from Hazel Park, Mich. They began their legislative battle more than two years ago, pursuing equal adoption rights so they could both be legally made parents of their three adopted children. U.S. District Judge Bernard Friedman, who is presiding over the trial, invited them to expand their suit to include a challenge to the ban on gay marriage.

"Our family is like any other family," DeBoer wrote in an editorial for the Free Press last month. "We’re not political activists; we’re not trying to advance any particular agenda. We’re just people who love our children and want what’s best for them. I look forward to our day in court and to a time when Jayne and I can be legally married and can jointly adopt our wonderful children."

Michigan voters approved the gay marriage ban in 2004, though recent surveys have shown that a majority of state residents now support gay marriage.

Closing arguments in the trial are scheduled for Friday morning. 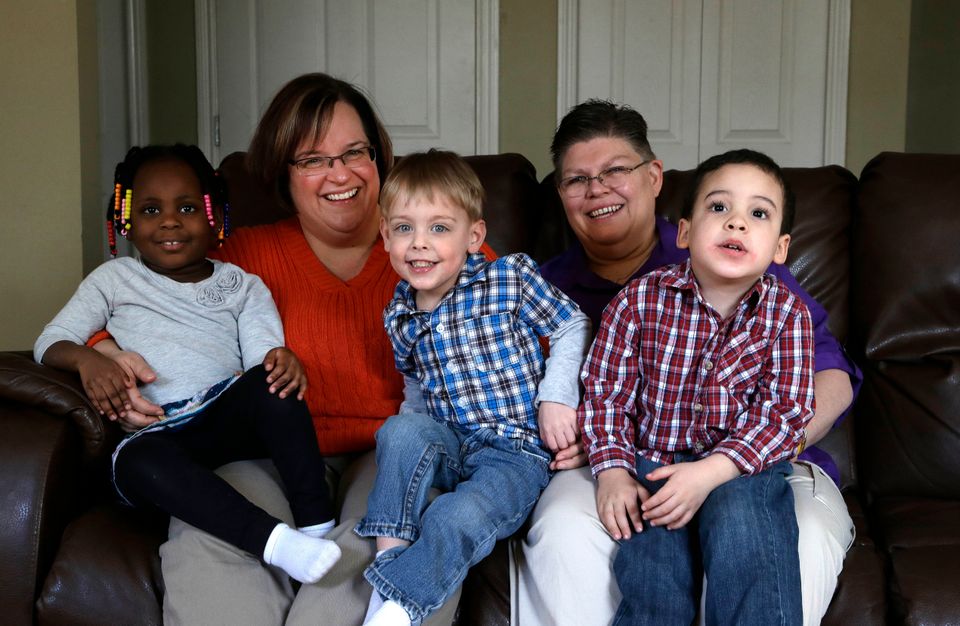