There was a celebratory atmosphere in the air during the inaugural public meeting of Southeast Michigan's new Regional Transit Authority (RTA) governing board on Wednesday in Detroit. The advocacy group Transportation Riders United even brought balloons and sang "Happy Birthday" to commemorate the occasion, after marching several blocks from Detroit's Rosa Parks Transit Center to the SEMCOG (Southeast Michigan Council of Governments) offices, where the meeting was held.

The gathering was packed. A mixed crowd of over 100 people showed up to witness the new governing board set the stage for the authority, which will coordinate public transit between the counties of Wayne, Oakland, Macomb, Washtenaw and the city of Detroit.

The occasion went surprisingly smoothly, considering the authority's contentious history in the region. There have been 23 failed attempts by the state legislature to create an RTA in Southeast Michigan since the 1970s, according to the Metro Times. State lawmakers finally ended this losing streak late last year by passing several bills establishing the authority and its powers, which were later signed into law by Gov. Rick Snyder.

Chair Paul Hillegonds told the Huffington Post he welcomed the enthusiasm and was pleased with how the meeting went. "The devil is in the details, for certain, but I think today represented a very positive start," he said. "We have a board that really represents the county and city leadership that advocated for the passage of RTA legislation and are asking us to bring the region together and I really expect ... we'll have a genuine commitment to more coordination between our local transit authorities and the desire to develop enhanced transit."

Although the body is still getting on its feet, it did get some business done on Wednesday, selecting officers and established committees to handle planning, budgetary concerns and other issues. Elizabeth Gerber of Washtenaw was appointed as Vice-Chair, Mark Gaffney of Wayne as Secretary and Dr. Curtis Ivery of Wayne as Treasurer. Hillegonds, a former state GOP lawmaker, was appointed chair by Gov. Rick Snyder prior to the meeting. Also on the board are Roy Rose and Julie Gatti of Macomb county, Matthew Wirgau and Steven Potter of Oakland county, Richard Murphy of Washtenaw county and Lisa Franklin of Detroit.

They also authorized SEMCOG to help them spend $250,000 in state start-up appropriations up until the time they are able to establish their own spending procedures. The board still needs to work out a more permanent source of revenue.

Later, they chose the law firm Miller Canfield, who offered to donate "significant" pro-bono time, to represent them -- with the details to be hammered out by the organization's executive committee.

Public commentary played a prominent role in the meeting. A good number of speakers present requested that the RTA put a hold on a transfer of the Michigan State Fairgrounds by the Michigan Land Bank to a group of investors that includes ex-NBA star Earvin "Magic" Johnson. They want to use the land for retail, residential and mixed-use development.

"This is prime property that belongs to the people of the state," said Euni Rose, a member of the State Fairgrounds Development Coalition, an organization that opposes the transfer. "If we can anchor a regional transit hub it would just build on what's going on in that area."

Her group backs an alternative plan called META (Michigan Energy Technology Agriculture) EXPO that would utilize the land, which is located near the important cross-section of Woodward and 8 Mile Rd., to support transit options like buses, trains and bicycles.

Board member Franklin of Detroit seemed supportive of exploring ways to use the state fairgrounds land to generate revenue for the RTA, but Chair Paul Hillegonds told The Huffington Post that decisions about the land transfer were out of the board's jurisdiction.

Megan Owens, Executive Director of Transportation Riders United, urged members of the body to keep its decisions "open" and "transparent" and to take advantage of the expertise of other cities that have established transit authorities.

"There's got to be some benefit from being the last place in the country to do this," she joked.

The establishment of the RTA's Citizen Advisory Council (CAC) was also discussed, with board member Gerber suggesting it have a rotating membership. More information about the CAC should be available at SEMCOG's website, the temporary online home of the RTA, in a few days time. 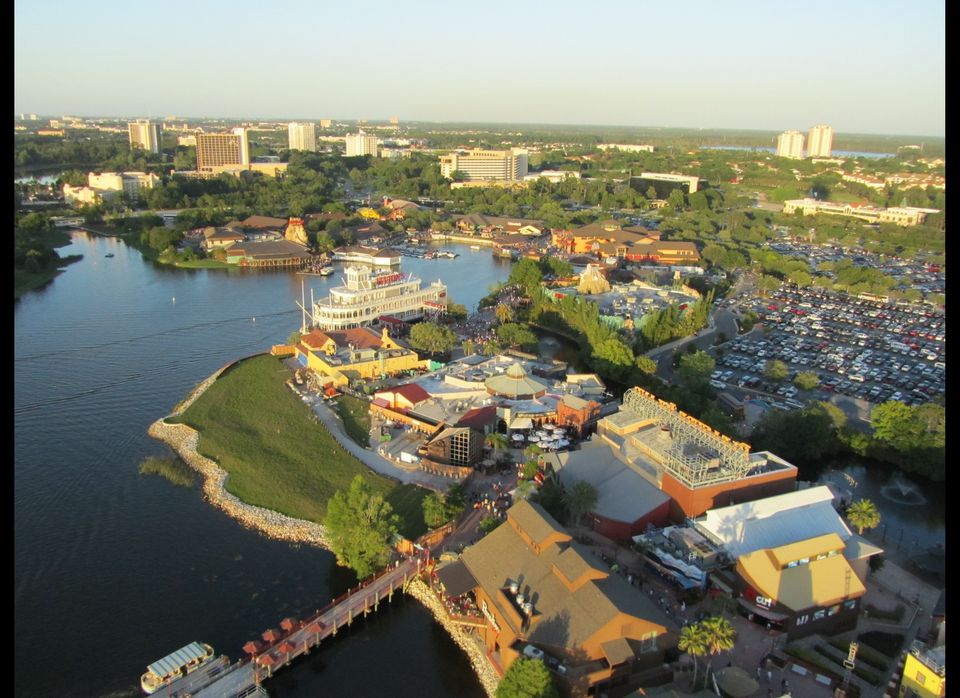