Colin Jones' 1967 portrait of Sir Mick Jagger, with a confrontational gaze and a military coat à la Sgt. Pepper's, says it all. Jagger and the Rolling Stones were spokesmen of their psychedelic generation without ever really identifying with the idealism of the late-'60s. The Rolling Stones' grimy, libidinous blues-rock hardly comes to mind in the oversimplified, peace-and-love stereotypes of that era; around the same time the Beatles had "Strawberry Fields Forever" on the charts, the Rolling Stones had "Let's Spend the Night Together."

Mick Jagger, Young in the 60s, a new photographic exhibition at London's National Portrait Gallery, documents this tension. Aggressive but elegant, Jagger's style and personality cut through the fashions of the day to portray more than just a period piece.

Sir Mick, the archetype of youthful energy when he was young, has maintained his work ethic and charisma throughout a fifty-year career. Jagger's last tour with the Rolling Stones, "A Bigger Bang," was the second-highest grossing of all time. Meanwhile, no less a representative of the younger generation than Ke$ha sings about kicking her suitors "to the curb unless they look like Mick Jagger."

Scheduled to coincide with Mick Jagger: The Photobook by Thames & Hudson, the show comes at a good time for Jagger, who is working to publicise his new supergroup, Super Heavy. The group, which features Dave Stewart, Joss Stone, Damian Marley and A.R. Rahman, will release an album in September, with a lead single hitting airwaves July 7. 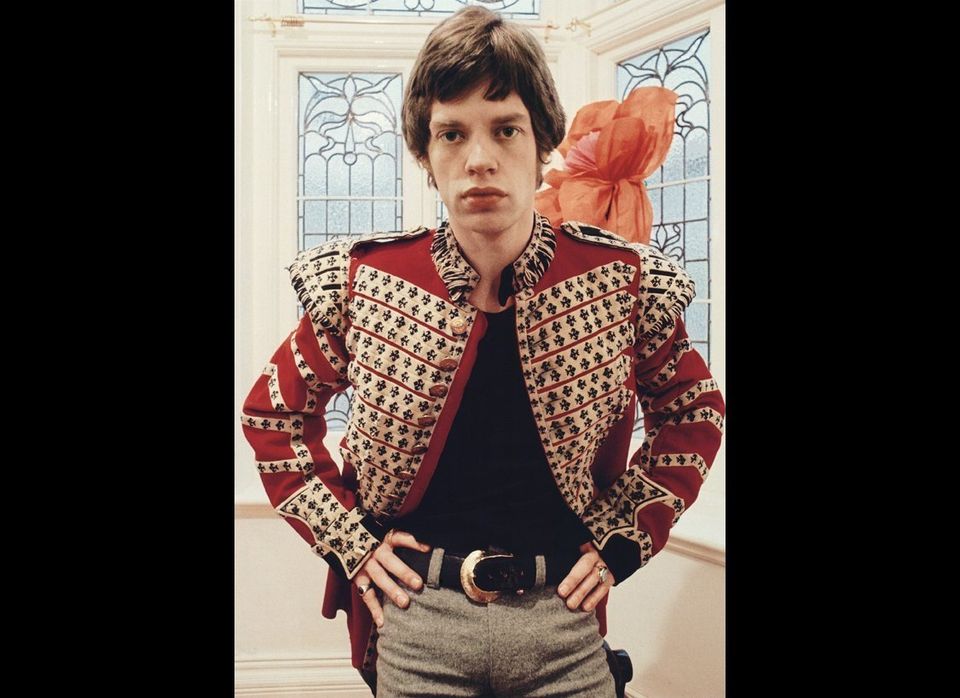