Nobel-prize winner Professor Muhammad Yunus, founder of the microfinance pioneer Grameen Bank of Bangladesh, addressed our breakfast at the Clinton Global Initiative (CGI) kick-off. Introduced by Hikmet Ersek, the C.E.O. of Western Union - the corporation that hosted this event - Muhammad was as inspiring as ever. Western Union, "Moving Money for Better," is the leader in corporate social responsibility (CSR) that I wrote about last year (HuffPo). Today was the first time I had ever met either of these iconic thought leaders. 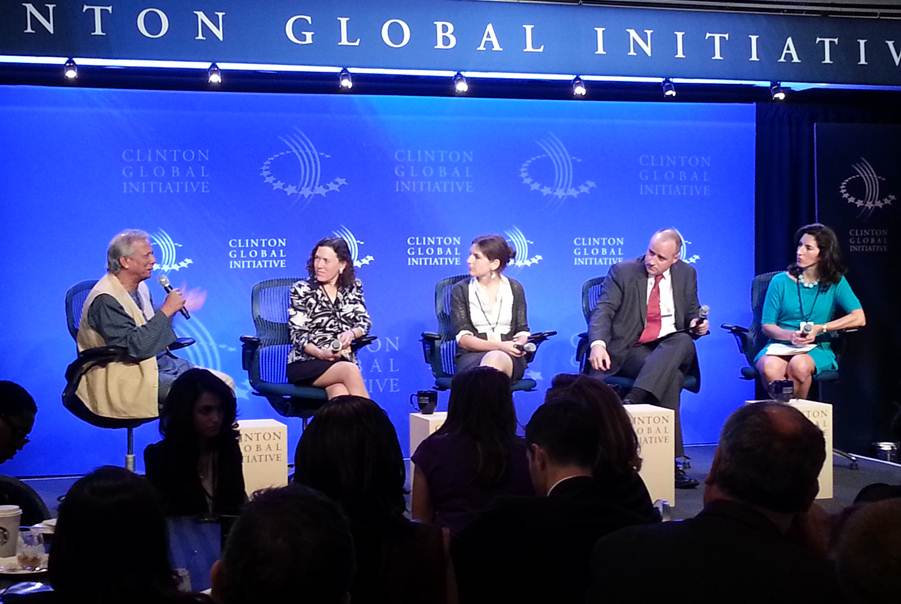 Grameen, founded in 1976, has set the standard for microfinance. During the breakfast I chatted with Anne Hastings, director of Haiti's premier microfinance institution Fonkoze. Anne sat on our Orphans International Worldwide Haiti (OIWW) board over a decade ago. Fonkoze, like most micro-financial institutions around the world, is based on Muhammad's work.

Muhammad's general concept was to empower women in local communities, usually in groups, to lift themselves and their families out of poverty. I have seen it work all over the world. The professor spoke of microfinance as being the banking system of the world's poor, and stated that big banks are ill-prepared to enter the field without becoming loan sharks. He feels strongly that microfinance should be a social enterprise, not a profit-making venture of more than 10% profit. 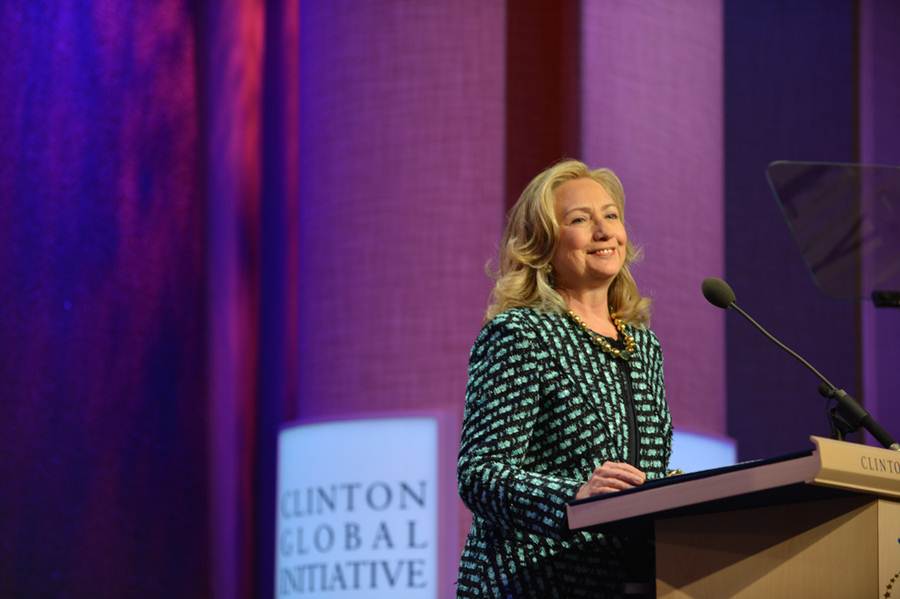 I congratulated Muhammad after the breakfast panel, commenting to him on my own post-Wall Street appreciation of financial institutions for the poor and not the rich. My own epiphany that led to leaving finance was in a garbage dump in Denpasar, Indonesia in 2004. I realized in that moment that many of the dirty children living there had as much if not more dignity than any of the high-net worth individuals my investment firm served.

Western Union's C.E.O. Hikmet spoke at the breakfast of the need of multi-nationals to make a profit providing goods and services even to the world's poorest. I agree that multi-nationals must profit to sustain their efforts and please shareholders but encourage them to remain vigilant in their efforts to better humanity. I also agree with Muhammad that micro-financial institutions should not strive to be highly profitable multi-national corporation, keeping profits over expenses under 10%.

The best multi-nationals, like most microfinance institutions, are focused on social responsibility.

Hikmet Ersek is of Turkish origin who migrated to Austria and has relocated to the U.S. He learned of the need of transferring funds to his father decades ago. Deeply sensitive to the needs of the world's poor, he is also aware of corporate shareholder's desire for profit. Balancing both, Western Union and its foundation provide a bridge between haves and have-nots.

I was particularly impressed to learn of Western Union's 2012 GCI commitment: Global Pay. This new financial product will help NGOs overcome the 'last mile' and bridge the gap between funds that need to be disbursed and the people who need them in the field. Having run orphan care projects post-Tsunami in Indonesia and Sri Lanka, and post-earthquake in Haiti, I understand how critical this is. Western Union's end-to-end platform will help NGOs manage and deliver funds into the field safely and securely, leveraging the company's 510,000 physical locations to help connect NGOs to the people they serve in over 200 countries and territories around the world. Incredible. 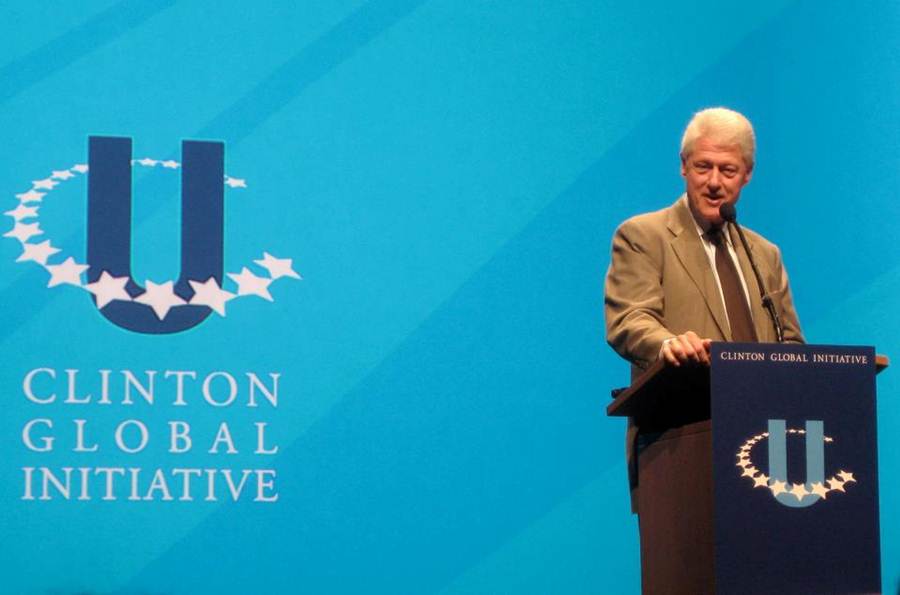 Muhammad is a purist and despairs of both the multi-nationals taking advantage of the poor and micro financial institutions earning more than 10% over expenses from the same population. Multi-nationals and micro financial institutions are both highly involved with remittances, but as Muhammad stated, "finance is like football." An American football referee cannot oversee a British football (soccer) match, he explained. Regulations for the two loan models need to differ. 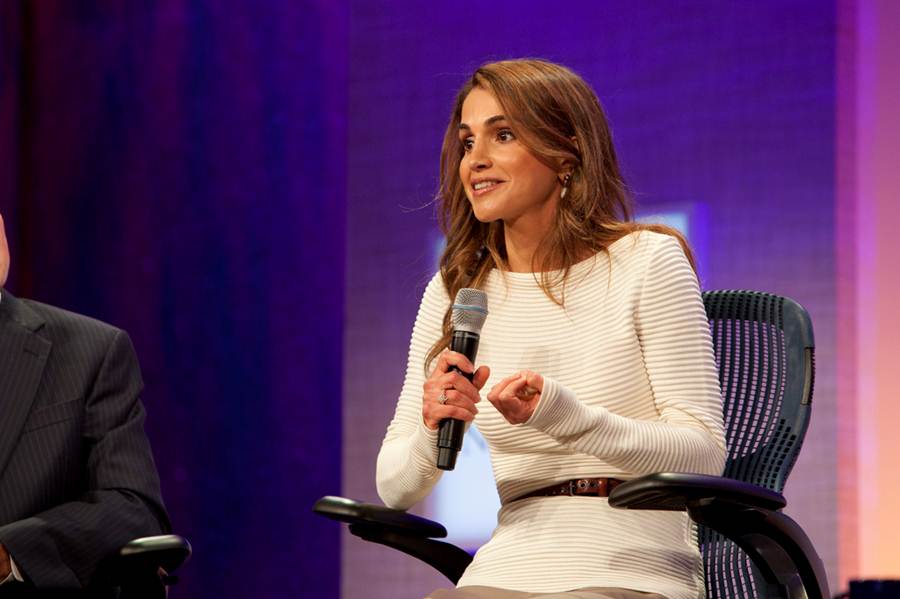 Her Majesty Queen Rania Al Abdullah of the Hashemite Kingdom of Jordan at the Opening Plenary. Credit: CGI.

It was fabulous to re-connect at the breakfast with the head of the Western Union Foundation, Luella Chavez D'Angelo. I had met Luella several years ago and we made plans to meet this fall to discuss my own foundation's efforts on supporting young global leadership (link).

Western Union, as well as multi-national corporations such as BASF, Adidas, Dannon, and UniQlo, are all involved in "social business" - investing funds to impact social change over making a personal profit. Adidas' efforts to provide shoes to barefoot children in the Developing World at-cost - 'social goods' - is but one example. Yunus, active in Bangladesh as well as Haiti and many other countries, says multi-nationals should use corporate social responsibility and/or corporate foundation funds to finance their social enterprise approaches - including microcredit programs. 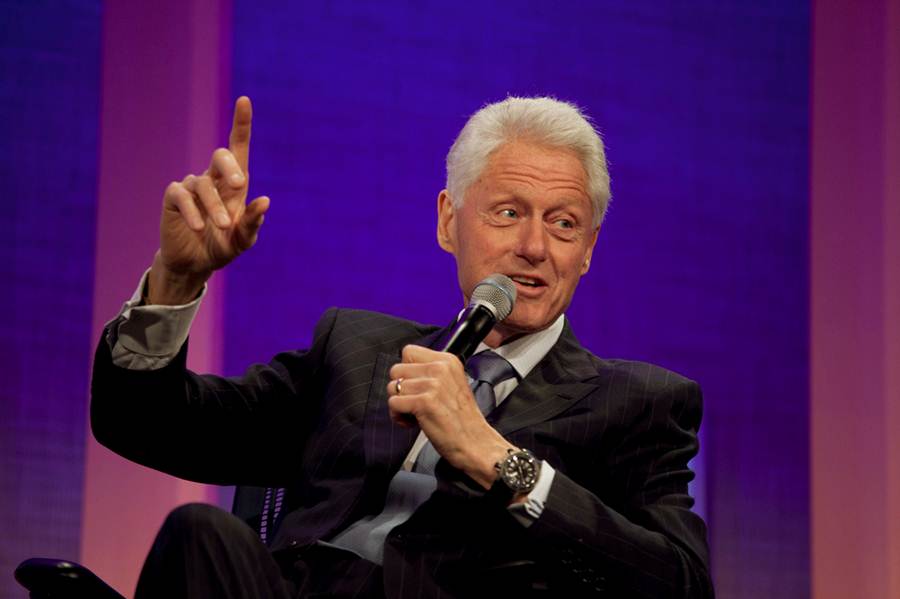 Virtually every sector of society from every corner of the world meet under Bill Clinton's big tent.
Credit: CGI.

Muhammad stressed that in all solutions, culture needed to be the foundation of social change. "Culture is the running shoes," he explained. "The shoes need to support me in running, not be so rigid as to prevent me from running. There needs to be a counter-culture to guard against rigidity. Staid culture belongs in a museum. Dynamic culture is needed to help us move forward."

At the end of the day, the goal of both micro financial institutions and multi-national financial corporations should be full financial inclusion. As Western Union's C.E.O. Hikmet Ersek said, and professor Muhammad Yunus has dedicated his life to, it is a matter of financial dignity. In short, the goal of the Clinton Global Initiative, meeting here in New York for the seventh year, is to award all human beings anywhere in the world their inherent human dignity. 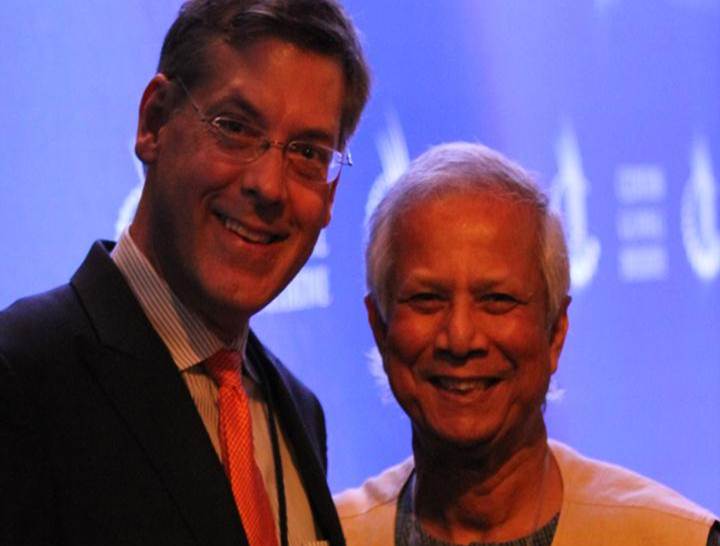 The author with one of his heroes, Professor Muhammad Yunus, founder of the Grameen Bank.
Credit: Rahim B. Kanani (www.rahimkanani.com).