This is a big problem. A Western banking-style approach to expansion -- and the high cost lending required to support it -- has put the future of microfinance in jeopardy. Although for-profit microfinance companies have taken most of the heat for loan-sharking and abusive debt collection practices, loans from non-profits often cost just as much. Even widely respected and cost-conscious lenders like the BRAC -- a non-profit pioneer with half a billion in revenue -- is charging 75 percent interest on its loans in Uganda.

How problematic is that rate? According to microfinance inventor Muhammad Yunus, lenders that charge more than than 15 percent above the local costs of capital are in the "red area," and "not interested in reaching the poor."

Data from MixMarket/MF Transparency, two of the most comprehensive sources of microlending products and terms, show virtually the entire industry falls into Yunus' red zone. Microfinance institutions (MFIs) across East Africa have annual costs of on average 57 percent of their loan portfolio even before considering their own cost of capital. Strikingly, the costs of for-profits is not dramatically better than those of non-profits (52 percent vs. 60 percent).

It's true that non-profits are likely to be less harsh than for-profit lenders when it comes to handling defaults, but for microfinance to succeed it's got to avoid defaults in the first place. Charging a 75 percent APR is not a sustainable lending plan long-term, by definition -- no person, or community, can expect to earn enough to pay off such loans for more than a short while. From a borrower's perspective, whether a loan came from a loan shark or a charity isn't as important as the loan's APR.

The industry's cost problem is in many ways a perverse outcome of the Yunus' immaculate initial product design. Grameen's model of small-dollar loans to groups of rural women with collective repayment obligations was so phenomenally successful that it masked sub-par product distribution. In the early days of microfinance, lenders could get away with inefficiency by cherry-picking customers who were both desperate and capable of repaying loans bearing exorbitant interest rates. That model can't work if microfinance is to remain a mainstay of poverty alleviation.

Pearl Microfinance, once a 15-branch Ugandan lender, illustrates the point. After early success, it made massive outlays for real estate, branch construction, and several layers of management. It tried to pass those costs along to its customers with rates of ~60 percent. It went broke primarily because of its bloated cost structure.

I became familiar with Pearl because it operated in territory that a microfinance organization that I co-run, SYPO Uganda, now serves. SYPO lends out $300,000 a year -- not an impressive number by microfinance standards -- but it does it so at 35 percent annual interest, thanks to a total staff of six loan officers in Uganda, no branches, and an I.T.-driven approach to approving and monitoring loans. This is still well north of Yunus' 15 percent-plus-cost-of-funds benchmark, and north of where we ultimately want to be.

Still, we think that we've identified the right problem. After years of expansion, the microfinance industry needs to refocus from simple expansion to the vital but unsexy work of slashing its expenses. We need to shift our focus from the product to the delivery of the product. Some of this is easy: four wheel drive vehicles and expensive real estate have no place in microfinance. But other elements are still emerging, such as mobile telephone money transfers and the ability to monitor loans from a cheap tablet. Above all, we need to focus on a new set of metrics for cost control, such as the number of loans per staff member. Effectively serving the bottom of the pyramid simply demands serving a large volume of clients cheaply. 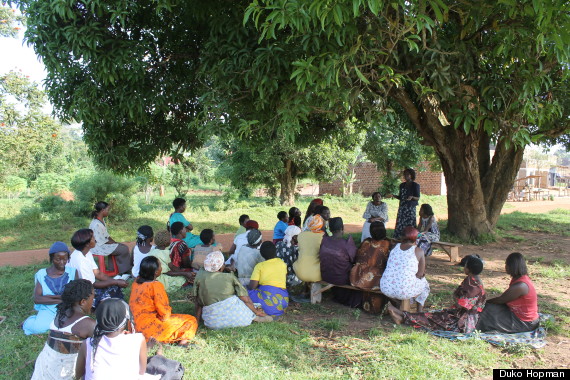