Whenever I think about the current state of Microsoft, I can't help but imagine Steve Ballmer, the company's CEO, in skin-tight black leather pants.

In my vision, Ballmer is on stage giving the keynote at some Microsoft event, hooting with great enthusiasm about the upcoming release of Windows 8. He is wearing, as is his custom, an executive dress shirt with a starched collar; but instead of tucking that shirt in to a pair of slacks or khakis, as he usually does, Ballmer lets the bottom of the shirt hang loose over the thigh-hugging leather pants he has jammed his legs into, and in which he stomps around the venue like an ogre, showing off the hot leather knickers he purchased at an out-of-the-way motorcycle shop.

"Don't these suit me?" Ballmer asks, half-turning to show off the way the leather shapes his rump.

You shift uncomfortably in your seat: How does Ballmer look in leather, anyway?

But in the last year -- with Windows Phone Mango, Windows 8 Metro, the Surface tablet and the recent redesign of Hotmail to the fab-looking Outlook.com -- a new Microsoft has emerged. Defying its reputation as a clutter-filled eyesore repository, Microsoft has proven to be one of the most stylish, design-forward companies in tech. No major tech company is churning out dazzling, adventurous and chic products like Microsoft, a company whose aesthetic now has more to do with Kanye's "All of the Lights" video than the drab interiors of your standard fluorescent-lit cubicle farm.

It's too bad, then, that with its arsenal of exquisitely designed software and hardware, Microsoft still has all that "Microsoft" baggage. When most consumers hear Microsoft, they recoil -- they think of Windows Vista, Clippy the Paperclip, the impenetrable toolbar of Microsoft Word -- and they shudder. Despite all of its hip design work, most still associate Microsoft with the ugly, drab, user-unfriendly Windows of old and not the ballin', dynamic Microsoft of new.

Imagine owning a "Microsoft Windows Phone," without any knowledge of what the actual operating system looks like or how it responds. Does that sound pleasant? 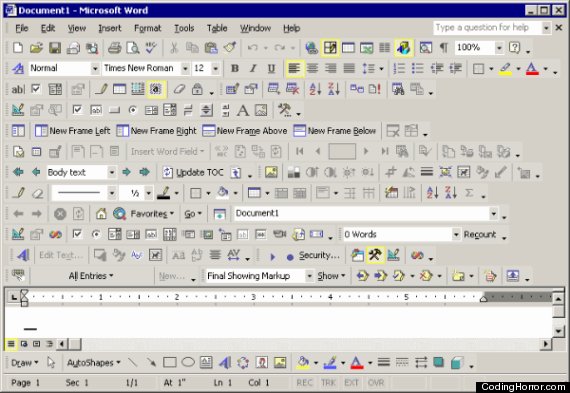 The Old Microsoft, Exhibit A.

This past week, Microsoft announced that it was rebranding Hotmail -- an email service whose name ("hot mail") is so ineradicably stuck in the 1990s that its logo may as well have been Urkel -- to the more modern and eye-pleasing Outlook.com. Perhaps Microsoft, whose top brand associations were found in a 2010 study to include "crap," "sucks," "boring" and "corporate," should look into changing its own name, too.

Remember that carnival scene at the end of "Grease," where the previously prim and proper Sandra Dee transforms and reintroduces herself to the T-Birds with permed hair, red lipstick and tight leather pants, and all John Travolta's character can muster is a pleasantly dumbfounded "SANDY?!?!"?

Steve Ballmer's Microsoft is in the same position as Sandra Dee. It's got its red lipstick and tight leather pants on and it has slowly revealed its company makeover to a shocked tech-buying populace. (In this metaphor -- as in many metaphors -- we are all pleasantly dumbfounded John Travoltas.) Yet the gadget-buying world at large is still squeamish: This is the same Microsoft that made Vista, right? 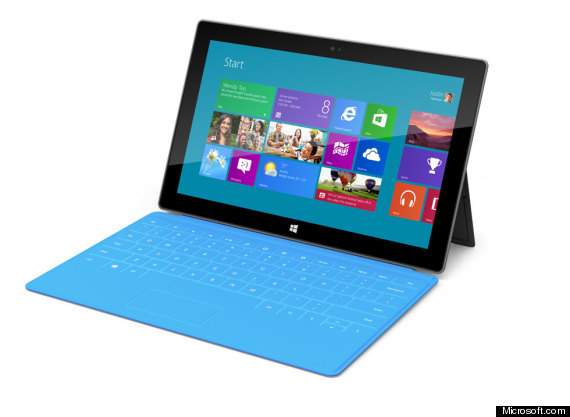 The new Microsoft, Exhibit A.

Perhaps Microsoft should go the route of the Philip Morris, a corporation whose reputation was so bad that it was forced to change its name to Altria to protect its non-tobacco brands. Perhaps Microsoft should become MC Soft, or the Mickey Rose Company, or whatever -- names that do not conjure the negative associations that Microsoft has been proven to.

For now, the company is still Microsoft, and consumers still seem cautious. Windows Phone adoption, despite rave reviews from critics, has been slower than expected; PC sales are way down the past two years, ceding ground to the much hipper (yet less innovative, at this point!) Apple. The split-personality of Windows 8 -- dress shirt on top, leather pants on bottom -- seems, as Farhad Manjoo recently wrote in Slate, on a collision course with public outrage and dissatisfaction.

These products are not failing exclusively because of the "Microsoft" in front of their names -- indeed, if the wildly popular Xbox has proven anything, it is that consumers won't totally disqualify a gadget due to its manufacturer's reputation or past transgressions. It's not as though Microsoft is so wildly unpopular that customers have rejected it: Tens of millions of Windows PCs were still sold last quarter, even as many customers hold off for the next version of Windows. For critics' darling Windows Phone, the operating system and its devices may have simply arrived on the market too late.

I can't help but wonder, however, what the reception and sales of the fab and fantastic Windows Phone (and, soon, the Windows 8 operating system and Windows 8 tablets like the Surface) would look like had they come from a corporation without the stigma of Microsoft, a company that can't quite pull off the leather pants look, given that it has been wearing a business suit every day for the past 20 years.

Microsoft has an entire line of well-designed products -- a tablet, a mobile operating system, a software suite, and a desktop OS -- that would otherwise make it one of the most forward-thinking trendsetters in tech. Now, we must wait to see if the quality of these products can overcome the name, and the history, of Microsoft.

A figure has emerged from a bustling crowd, wearing leather pants, and a leather jacket, and ruby red lipstick. Who do we see: a reinvented, meaningfully transformed Sandy, or the desperate, last-ditch attempts of plain old Sandra Dee to catch up with her peers?