In some unknown warehouse presumably sits a pile of millions of beautiful, unused Surface RTs, the tablet computer that was supposed to resurrect Microsoft. Late Thursday, the company revealed for the first time that it has failed to entice many people to buy the product, and the software maker made an unexpected, $900 million writeoff on its unsold Surface inventory. The losses don't end there: On Friday morning, Microsoft shed $30 billion in value after its stock tumbled 10 percent.

According to one calculation, that loss translates to nearly 6 million sleek and rather stunning machines that consumers have decided they don't care to own. No matter how the math works out -- the company would not provide exact sales numbers -- that heap of Surfaces just burned a nearly $1 billion hole in Microsoft's pocket.

The irony of the Surface debacle is that Microsoft actually managed to design a product that many reviewers admired, but it failed anyway -- underscoring the degree to which this once-dominant technology company appears to be past its moment. Good, bad or mediocre, the Surface was apparently doomed on arrival because that arrival was way too late, with the market already claimed by Apple’s wildly popular iPad.

How did such a powerful company manage to engineer such a colossal loser?

A number of factors conspired -- each the result of a miscalculation from the company executives, which probably explains why CEO Steve Ballmer reshuffled leadership in Redmond and put one person, Julie Larson-Green, in charge of all hardware. Let's break down a few numbers on why this tablet bombed so badly:

Leaks suggest that Microsoft is expected to sell its second line of Surfaces within the year. Microsoft is one of the few companies rich enough to blow nearly a billion dollars selling a product and continue full-steam doing the same thing -- which, it should be noted, is some people's definition of insanity. Get ready to watch, GIF-like, Microsoft stumble again.

Or maybe not. As Yahoo News' Jason Gilbert points out, there was considerable excitement for the Surface when it was previewed at a hush-hush media event last year. When it finally went on sale, there were swarms at Microsoft Stores -- as if it was made by Apple! Reviews were mixed, but certainly not bad enough to scare away diehard Microsoft fans.

Even if sales didn't meet that stir, the hype showed a pent-up desire for a tablet that doesn't run on software made by Apple or Google. Microsoft is hoping the same thing is true of smartphones, and is having more success is that category. Windows Phones have edged out BlackBerry as the No. 3 operating system. 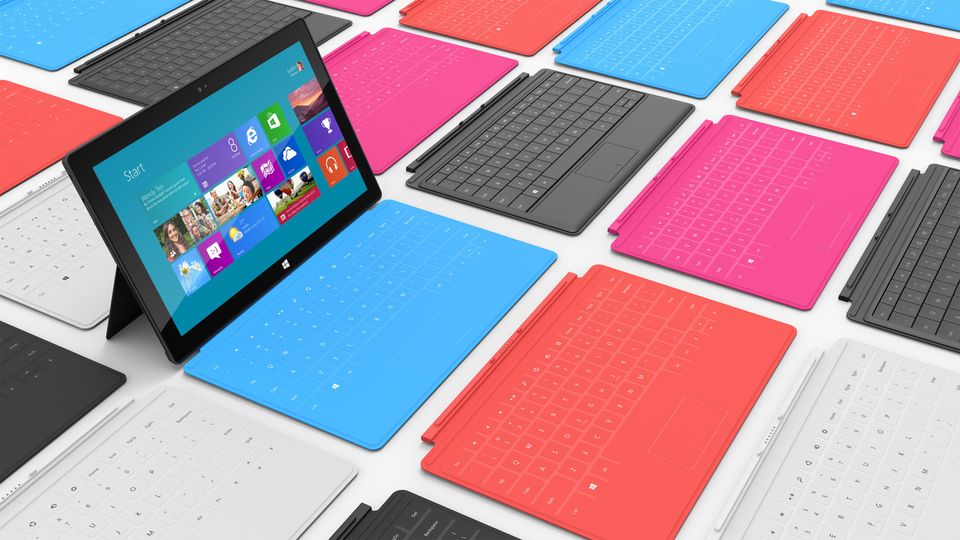