Microsoft took the wraps off its brand new tablet, called Surface, during what the company promised would be a "major" media event on Monday evening at Milk Studios in Hollywood, California.

"It embodies hardware and software working together," said Microsoft CEO Steve Ballmer, according to The Verge's live blog of the announcement. It is one of the few times in company history that Microsoft engineered both the hardware and the software of a device, with the Surface joining the Zune MP3 player, Kin smartphone, and Xbox 360 gaming console.

Both of the models feature what is likely the hallmark aspect of the Windows Surface tablet: a built-in keyboard. The back cover can be folded under the tablet and becomes a super-thin (3mm) QWERTY keyboard. The keyboard attaches to the case magnetically and comes with an accelerometer that tells the tablet when it is activate, and when it is folded into the back of the case. The so-called Touch Cover will be available in five colors, including black, blue, and hot pink. 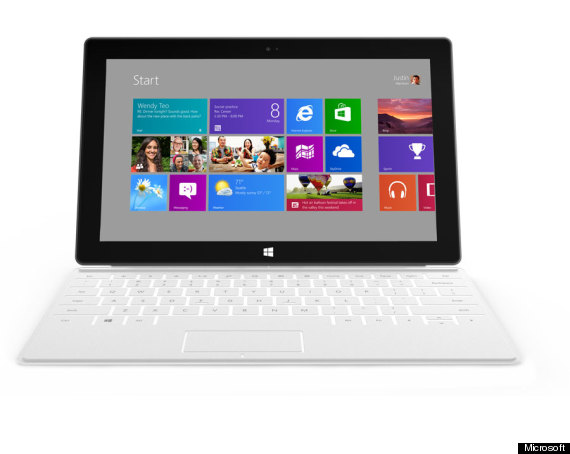 Both the RT and Windows 8 Pro versions of the Surface family also feature front and rear webcams, dual microphones, and an integrated kickstand that lets the user prop the devices up to watch videos, play games or listen to music. Both configurations also come with a microSD card slot and a USB port.

Battery life was not announced, though Microsoft's official site says that the Surface "has a great battery."

A Touch Cover accessory will also be available with the devices and will double as a keyboard attachment. From Microsoft's press release:

Using a unique pressure-sensitive technology, Touch Cover senses keystrokes as gestures, enabling you to touch type significantly faster than with an on-screen keyboard. It will be available in a selection of vibrant colors. Touch Cover clicks into Surface via a built-in magnetic connector, forming a natural spine like you find on a book, and works as a protective cover. 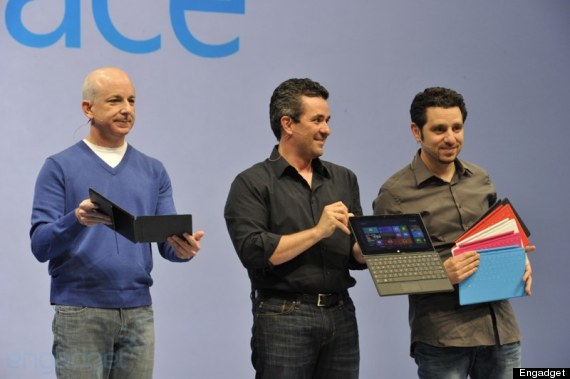 Prices were not announced, though Sinofsky said that prices will be priced to compete with comparable tablets, per The Verge. As for release date, the company's press release says that we'll have to wait until the general release of Windows 8 for Surface tablets running Windows RT. Windows 8 Pro devices will follow 90 days later. (As of today, there is no firm release date for Windows 8, though speculation suggests it'll drop sometime this fall.)

You can read more about the Microsoft Surfaceat the new tablet's official website. You can also check out a whole bunch of photos below.