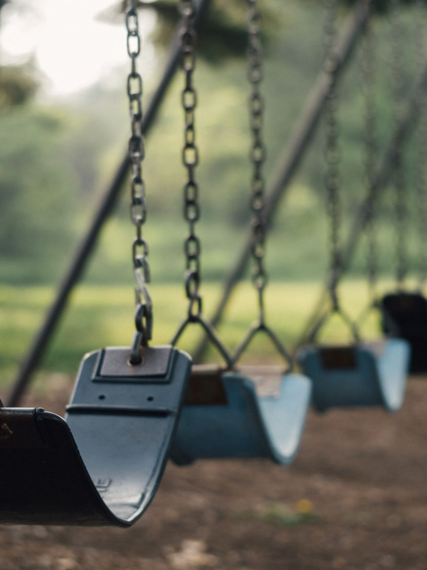 I'm surprised no one's made a sequel to the movie "Mean Girls." Because, unfortunately "Social Exclusion" and its accompanying juvenile behaviors aren't always left on the abandoned playgrounds of our youth. In fact, sometimes it seems like it even picks up a little momentum by middle age, as the perpetrators acquire more finesse, polishing their skills with time and experience. Alas, the social maneuverings of some of our middle-aged peers underscore what we've long suspected -- the compelling drive to establish Communal Groups, aka "cliques," with a clearly-defined social hierarchy, may peak in middle school, but some people never outgrow it. We could call our movie...

The first order of business is to cast the lead roles...

We all know this girl. She runs the show. There is simply no other option in her world. Whether she is 6-years-old, 6th grade or 60-something, she is adept at spotting and collecting devotees. She is typically charming, attractive and well-versed in all things femme. She can pick a FOLLOWER from a mile away and collects them like filler flowers for her bouquet; which works, as long as everyone understands that she is the Main Bloom. What differentiates this femme fatale from other ambitious and vivacious ladies, is Social Integrity; when it comes to her own wake of destruction, this gal never so much as dips her toe in the pool of personal examination or self-recrimination.

This gal is a bit more baffling. She commonly possesses all the qualities of the Chic-in-Charge. She has looks, charm, talent and intellect. She's enigmatically the Total Package, and yet, she has zero desire to run the show. Who knows why? Maybe she doesn't want the responsibility; or maybe she's the smartest one of all; perhaps her second-in-command status has all the prestige and upside of inclusion, with none of the inherent responsibilities or social pitfalls of leadership. She is thrilled to be the less accountable counterpart to her BFF/Bestie!

We all know this girl well. As a child, she sat on the front row of Sunday school class; as a woman, she undoubtedly teaches it. Unlike her leaders, Chic-in-Charge and Loyal Side-kick, she actually does believe that the rules apply to her, which is why she goes so out of her way to be nice to everyone. She's familiar with the concept of "turn the other cheek," she just got confused somewhere along the way and thinks it means, "look the other direction when your friends mistreat others." In so doing, she exonerates herself when someone gets hurt. After all, she's not the leader, she reasons, instantly offering herself absolution. In short, this gal really doesn't want to be too overly-involved. She was embracing "Don't ask/Don't tell," long before the United States Military.

You'll find this gal a little further down the food chain. She is simply delighted to be invited to the party. She can't whip up an appetizer fast enough to attend the event! She "goes-along to get-along" and ultimately evaluates her own self worth by the exclusivity of any group she's blessed to be included in. Her Social Bank Account teeters on the brink of overdrawn at all times, so she certainly can't be expected to risk making a costly withdrawal on behalf of any social cause other than her own.

That pretty much sums up the Casting Call. No worries- If we can get these first few key roles cast, their victims will fall quite naturally into place.

When these gals posse-up and their actions go largely unchecked, is it really any wonder that we are perpetually stuck in middle school? On a positive note, however, these utterly transparent manifestations of Social Darwinism could supply endless material for a blockbuster sequel that would make "Lord Of The Flies" look like a civilized tea party for boys.

"Mean Girls 2"
(Auditions held daily in a life near you!)