It is getting harder to find a job that can support a middle-class lifestyle.

That's because the recession and the subsequent recovery have been particularly harsh on the middle-class jobs, which, by our definition, have a mean wage of more than $26,588 per year, the median income for individuals age 15 and over in 2011.

Over the past several years, some of these jobs have been in sharp decline, partly due to the fact that companies are replacing jobs with new technologies: The U.S. has shed nearly 2 million clerical jobs since 2007, according to the Financial Times.

The economic downturn has quickened this hollowing out of the middle class. Three-fifths of all jobs lost during the recession paid middle-income wages, and three-fifths of all jobs gained during the economic recovery pay low wages, according to a 2012 study. Meanwhile, the national average wage has declined slightly since 2009, when adjusting for inflation, according to the Labor Department.

Check out 9 middle-class jobs that are on the decline:

PHOTO GALLERY
Middle-Class Jobs On The Decline
Download
Calling all HuffPost superfans!
Sign up for membership to become a founding member and help shape HuffPost's next chapter
Join HuffPost 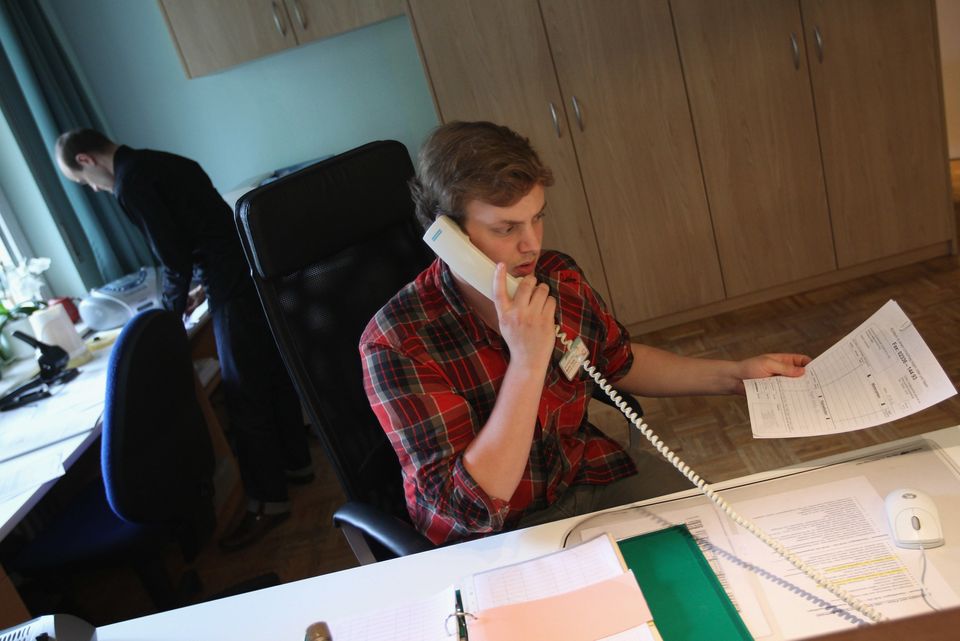