It was June of 1967, a few hours before the outbreak of the Six-Day War, when my father sent us to Jericho away from the battlefront to stay with my grandmother. Back then, we did not have a television, and I remember huddling in the "radio room," as my grandmother called it; I would later refer to it as the "war room."

This was where we'd spend most of our time during the war, away from the broken glass caused by Israeli fighter-jets racing through the sound barrier listening to the Egyptian broadcast "Sawt El Arab" or "Voice of the Arabs."

"Report number 42," the announcer would say, and through the crackling sound of my grandmother's ancient shortwave radio, we would all strain to hear the war updates.

"The Egyptian forces have repelled the Zionist army... the Jordanian army advanced to Jabel el Mukaber."

I believe that it was on the second or third day of the Six Day War, as we were listening to these victorious reports, that we felt a rumbling throughout the house. It was caused by the advancing Israeli armored units and the fleeing Jordanian ones.

This past January a sea of protesters flooded downtown Cairo chanting "Al Sha'eb Yourid Isqat al-Nitham" or "the people want to bring down the regime." Their images were beamed across the globe by Al Jazeera and other satellite TV networks, but Egyptian government-controlled TV did not report the event. Instead, Egypt's Satellite Channel (Al Masriya) was showing an old concert by its legendary singer Oum Kalthoum, and Nile TV had a camera streaming images of traffic on one of Cairo's bridges. Egypt's largest TV channels seemed oblivious to the fact that thousands were demonstrating against the regime at Tahrir Square, a mere 5-minute walk from the Radio & Television Building.

Recently Syrian state television was reporting international calls for Libya to halt attacks on its people, while stalling its reporting on several days of protests in its own southern city of Dara'a, which resulted in the death of at least thirty civilians according to human rights groups, six of whom were killed outside the Omari mosque on March 23. When it finally issued a news report shortly after, the presenter claimed that it was not security forces, but rather an "armed gang" who had killed the people. Despite the fact that communications and electricity have been cut, a video of the bloody attack on the demonstrators was posted on YouTube.

While social media and mobile technology have played a major role in maintaining the flow of information during the Egyptian and Tunisian revolutions, the majority of the people in the Middle East still do not have access to the web and have watched events play out on television.

Four years ago, in March of 2007, I wrote an article for PBS Frontline World entitled The Arab Media Revolution. At the time there were less than 400 satellite TV stations operating in the region. Since then, the number of satellite broadcasters in the Middle East has exploded to more than 750.

Without satellite television, most people in the Arab world would not have seen the images of demonstrators in Tahrir Square or witnessed the spark that lit the region on fire: the self-immolation of a young Tunisian street vendor called Mohamed Bouazizi from the town of Sidi Bouzid. It is no surprise that some of the most heavily guarded sites in the Arab world are state television and radio buildings protected by armed guards, sandbags, and thick iron fences. Journalists who report the news at these government-controlled outlets are constantly reminded of "red lines that may not be crossed" in their criticism of the government, which frequently causes them to exercise self-censorship out of fear.

When I was in Tunisia after the fall of Ben Ali, a reporter at one of the major media outlets told me that she cried herself to sleep every night after she was told to ignore covering the attacks on demonstrators.

Censorship and misinformation in Tunisia, Egypt and Syria is not unique; it's the same scenario in several Arab countries, such as Saudi Arabia and Libya, to name a few. Ministries of information are continually censoring news of demonstrations. For these countries, media remains a propaganda tool for the regime and not a source for information and credible news. But unlike during the Six-Day War, these Ministries of Information are no longer the only source for news. In spite of measures taken by these regimes to control their media, as long as there are cameras, satellite uplinks, mobile technology, social media, and someone willing to take the risk to report, images and pictures of the daily demonstrations will keep flowing on a daily basis.

The events in Tunisia and Egypt present an opportunity to address some of the systemic issues around access to information across the region. The future of media law reform in the Arab world is still unclear. In Egypt, the supreme council of armed forces has ordered the dissolution of the Ministry of Information, and other countries have been holding discussions around this issue. It is imperative to convene a regional media reform group, comprised of Arab lawyers, journalists, media rights activists and policymakers, in order to work on identifying laws and public policies to foster and protect free press. These new media laws should be designed to ensure a diversity of voices and viewpoints and to protect local communities from media monopolies.

When News Misinforms
The Tunisian Revolution 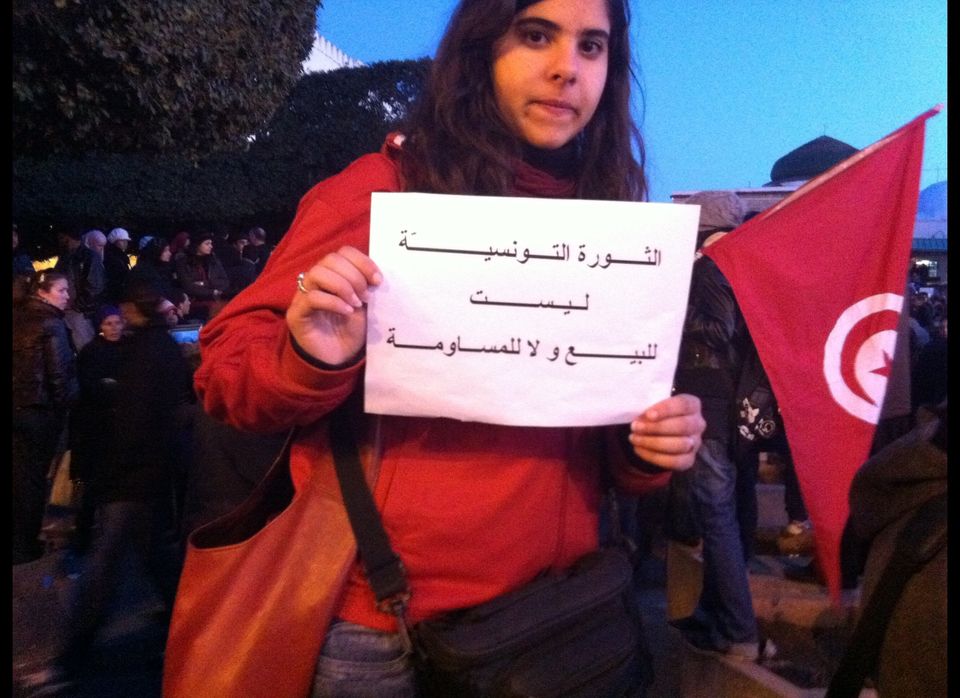