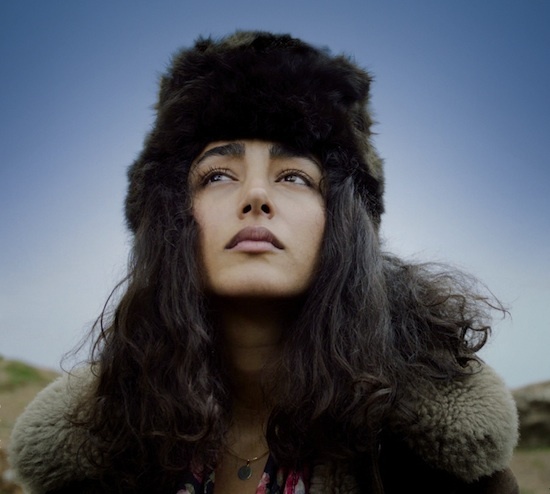 A recent blog on The Washington Post referred to John Kerry's efforts in trying to bring about a diplomatic discourse between Israel and Palestine as the Secretary of State's "Middle East peace fantasies." Perhaps, but you can't blame a man for wanting peace and Kerry has done what he can, as a politician.

Personally, I feel that the elusive "peace" -- along with inseparable companions, justice and equality -- in the region will come out of what one filmmaker calls "artistic resistance." That filmmaker is Hany Abu-Assad, and his recent Oscar-nominated, first official entry from Palestine Omar has done more to instruct and illuminate, and perhaps change minds, that any peace talk or political effort. Kerry's or otherwise.

Because art changes the world, one enlightened person at a time.

This week in Florence, Italy, that abstract ideal gets grounded when films from both Palestinian filmmakers and Israeli ones stand side by side, along with great shorts from Qatar, features from Iran, Iraq, Kurdistan, Morocco, Egypt (to name a few), Lebanese rock music, photographic exhibitions and some culinary tastes from the MENA region, merging into a fantastic blend of artistic resistance. It's all part of the Middle East Now festival, a six-day journey through the "cinema, art, culture of the contemporary Middle East and North Africa" as their tagline reads. Organized by the folks at Map of Creation, a not-for-profit cultural association based in Florence, Middle East Now is like a dream come true for anyone who believes in watching "cinema with a conscience."

Apart from the festival taking place in my beloved birth town of Firenze, already reason enough for me to celebrate, the event will feature Abu-Assad's first retrospective of his work in Italy, with classics like the Golden Globe-winner Paradise Now, his very personal Nazareth 2000, the one film by the filmmaker I've yet to watch his first feature The 14th Cheeks, the controversial Ford Transit and, of course, personal favorite Omar. Plus a chance to interact with Abu-Assad, who always manages to amaze and inspire.

Omar will be the opening night selection at Cinema Odeon in the historical center of Florence, preceded by the touching short film The Deep by Haider Rashid. Rashid's feature It's About to Rain enjoyed a long theatrical run in Italy and the filmmaker has a wonderful talent for inspiring social movements through his art. It's no coincidence that The Deep won the Best Arab Short Muhr Award at the last edition of the Dubai International Film Festival in December. To round off the great kick off event, the Lebanese band-slash-world-movement Mashrou' Leila will perform, for the first time in Italy. A tease-up to their longer event, which will take place on April 11th at the Auditorium FLOG, also in Florence. If you've never heard of Mashrou' Leila, search for "#occupyarabpop" to find out more. You'll thank me for it.

The closing night selection will be My Sweet Pepper Land by Kurdish filmmaker Hiner Saleem, (which enjoyed some financing from SANAD, the funding arm of the Abu Dhabi Film Festival) also introduced by another short gem of a film, Abu Rami by Sabah Haider, a film very close to my heart. Apart from its interesting story and themes, Abu Rami crowdfunded on Aflamnah, the first crowdfunding site in the Arab world, and Haider herself is one talented, exceptional woman and filmmaker. Her previous project Beirut, My Heart has traveled the world and conquered fans, for both its auteur and the city where she lives and loves.

In between, there will be shorts, part of this year's "Focus: Window on Qatar" (co-curated by the Doha Film Institute), with a personal favorite being the haunting, fairy-tale-slash-horror-film Eye & Mermaid (which premiered at DIFF) by Saudi filmmaker Shahad Ameen; the charming Rock the Casbah by Moroccan filmmaker Laila Marrakchi (featuring the legendary Omar Sharif in a cameo); the nearly silent but incredibly strong Rags & Tatters, by Egyptian filmmaker Ahmad Abdalla, another personal favorite; Talal Derki's Return to Homs which won the Documentary World Cinema Grand Jury Prize at Sundance this year; short masterpiece Condom Lead by Palestinian filmmakers Tarzan and Arab; Ghazi Albuliwi's funny yet poignant Peace After Marriage: Only in NY, which I managed to enjoy at last year's ADFF; and Israeli filmmaker Tom Shoval's Youth, a story of twins in Tel Aviv which seems to be everywhere and beloved by all.

Of course, there are events and exhibits like the "Urban Series" curated by the magazine Brownbook which will feature a series of video-portraits of personalities, artists and style icons from the Middle East. Various food tastings, a series of Oxfam-curated videos about the Syrian refugee crisis, the reportage-exhibition "Persia Mon Amour" on the biggest Iranian community in Italy (which happens to be in, you guessed it, Florence) and screenings of restored classics (courtesy of a partnership with the World Cinema Foundation, chaired by Martin Scorsese and Bologna Cinematheque) such as the top Arab film of all times, according to the DIFF-published Cinema of Passion project, The Mummy by Chadi Abdel Salam.

Knowing that I've obviously left out many gems and future classics, and surely forgotten to include a lot of priceless information, I look forward to witnessing history in the making in Florence, at this year's 5th Middle East Now.

For the complete program of films and events, check out the Middle East Now website.