In his new book, In Defense of a Liberal Education, CNN host Fareed Zakaria says we must protect the liberal arts against the perception that an engineering or business degree is a wiser choice for everyone in today's economy. As a professor of English and Religious Studies, of course I welcome all allies in defense of an education that combines history, literature, philosophy, science and the arts.

Science, technology, engineering and mathematics (STEM) are enriching in many ways, but a society whose higher education has been narrowed to those subjects is a society headed for trouble. Nowhere is this more glaringly true than in the case of America's response to Islamist terrorism since 9/11. American leaders might have avoided a series of horrific mistakes if they had relied a bit more on the humanities and a bit less on the STEM.

The 9/11 attack occurred at a time when American confidence had never been higher in the superiority of our economy, our polity and our technologically-advanced military. Against all this, al Qaeda's killers brought only suicidal bravado, fanatical religion, organizational patience and ultra low-tech box cutters. In the aftermath, our national response was and remains heavily STEM-centered. At home, we have deployed advanced computer technology and the mathematics of big data processing to massively increase security surveillance of our own population. Abroad, we have combined surveillance technology with the engineering of drone aircraft in an attempt to defeat terrorism by killing off the key terrorists directly.

Meanwhile, what has been our response to the terrorists' suicidal bravado? We still do not have one. And what about the fanaticism of their version of Islam? We remain baffled. Part of the reason why is that answers to questions like these are never forthcoming from STEM-think. As we approach the fourteenth anniversary of the attack, despite our stupendous STEM advantage, we are far from victory in either Iraq or Afghanistan. Meanwhile, the terrorist enemy has successfully opened new fronts in Syria, Yemen, Kenya and Nigeria.

"History and religion are only rarely brought into American foreign policy or rhetoric."

The response of the George W. Bush administration to the trauma of 9/11 was the declaration of a "Global War on Terror" (GWOT). By calling it a war, he turned criminals worthy of policing into warriors worthy of the full might of the American military. A background in religious history might have alerted a presidential speechwriter that such language would play perfectly into enemy recruitment propaganda, awakening in al Qaeda ears echoes of Saladin liberating Jerusalem from the Crusaders. If the mighty U.S.A. was at "global war" with al Qaeda, then its minions were truly global warriors, mujahideen in the largest and grandest sense of that hallowed Arabic term.

The Obama administration quietly retired GWOT, but after a few early signs of attention to the enemy's religious ideology, the administration has defaulted to the tired and unproven premise that better economic opportunity will suffice to win the war of ideas. This is to broaden STEM only far enough to include economics. History and religion are only rarely brought into American foreign policy or rhetoric. Meanwhile, ISIS is recruiting with growing success even in the West. Something crucial is clearly escaping our policy makers, and it is not going to be forthcoming from either STEM or economics.

Preceding America's 2003 invasion of Iraq, elaborate preparation done by the more humanities-oriented State Department was set aside. The invasion and occupation were both entrusted to the Pentagon, whose initial strategy was to "shock and awe" the Iraqis with the American military's huge technological advantage. At a stroke, Iraq -- and Baghdad in particular -- suffered massive infrastructure damage, while at home we watched dazzling footage of American "smart bombs" obliterating their targets with pinpoint accuracy. It looked at first as if technology and engineering had instantly prevailed, as nuclear technology had prevailed in the American victory over Japan. On May 1, 2003, President Bush delivered his famous "Mission Accomplished" speech on the deck of an aircraft carrier off the coast of San Diego.

But the mission was not accomplished. STEM had delivered all that it ever promised, but the Iraqis -- rather than celebrating their country's liberation -- set its national archives on fire and looted its national museum. Americans were bewildered. Why this plunge into national chaos? Why, as all this began to happen, did the Americans defend only the petroleum ministry? STEM would have no answers. Defense Secretary Donald Rumsfeld's famous explanation was "Stuff happens."

We were in Iraq, we had been told, because Saddam Hussein "used weapons of mass destruction against his neighbors." A history major might have asked: "Which weapons? Which neighbor?" The answer would have been, "He used chemical weapons against Ayatollah Khomeini's Iran." But that answer -- never given because the question was never asked -- would have prompted the further question, "Are we so very eager to protect the Ayatollah?"

If congressional leadership had been capable of close reading (a core humanities skill), a related question might have been, "Are the supposedly threatened neighbors in favor of our saving them this way?" The inconvenient answer would have been that, of the six countries bordering Iraq, only Kuwait (rescued from Iraq in the First Gulf War) clearly favored the invasion. The other five -- Turkey, Syria, Jordan, Saudi Arabia and Iran -- generally opposed it. Years later, we are still in Iraq, and we still struggle to explain why to ourselves, let alone to Iraqis.

In the twelve years since the 2003 invasion, the terms Sunni and Shia have entered the American vocabulary. Few Americans may know what they mean, but they do generally understand that civil war is under way in Iraq and now elsewhere between the two groups. But why are the Sunni fighting the Shia not just in Iraq and Syria but also in Yemen, Afghanistan and Pakistan? Is the U.S. (which has fought on both sides of this religious war) well-placed to mediate peace between them? Though none of these complications would likely have been foreseen by a STEM-thinker, many of them could indeed have been foreseen by a policy maker with a background in the study of Islam or even simply in the recent history of the region.

"Why did Iraq plunge into chaos? STEM would have no answers. Defense Secretary Donald Rumsfeld's famous explanation was 'Stuff happens.'"

In the Bush administration's pre-2003 rhetoric about Iraq, why was the enemy always referred to in the masculine singular, as in "he refuses to give up his weapons of mass destruction"? Such language fostered the illusion that Iraq was a country that needed only to be liberated from its demonic tyrant for it to join the U.S.-led international community. The truth, far from unknown to historians and religion scholars, was that Saddam Hussein had not ruled Iraq alone. He had ruled in the name of the Sunni Arab portion of the population, favoring most especially the Sunni Arabs of his birthplace, Tikrit.

Under Saddam, the Sunni of West Iraq had murderously abused the Shia of South Iraq and had used chemical weapons in ethnic cleansing against the Kurds of North Iraq. Saddam Hussein had not done this alone. The Sunni Arabs of Iraq had done it with him. "He" was not our only enemy; necessarily, they were too, and they knew it whether Congress did or not. Thus, the Shia and Kurds of Iraq predictably cooperated with the Americans to create a semi-autonomous Kurdish enclave in the north and a Shia regime in the south, tacitly allied with Shia Iran. In the years since, the Obama administration has spearheaded the removal of two other dictators -- Libya's Moammar Khadafi and Egypt's Hosni Mubarak -- apparently on the same assumption that removing "him" was all that the forces of liberal, secular democracy needed to triumph.

An American army captain, honorably discharged after being wounded, once told me that he had explained the war to his men by saying "We are here to give Iraq back to the Iraqis." In one brilliant sentence, he had captured the broad understanding of the war that did most to consolidate wavering American support for the initial invasion. But in the immediate aftermath of the invasion, Americans began to wonder why, now that we had given Iraq back to the Iraqis, the Iraqis seemed so unjoyful, so ungrateful, so unfriendly. What had we missed?

"A background in religious history might have alerted a presidential speechwriter that such language would play perfectly into enemy recruitment propaganda."

These questions call for a quasi-literary exercise in empathetic, from-the-inside-of-the-other-side participation in a dynamic and emotion-laden narrative. Put it this way: If America were in the grip of a tyranny and if a coalition of Muslim-majority countries proposed to liberate us from our tyrant by invading and occupying us, replacing our form of government with a better one, dissolving our military and -- while on our territory -- operating under sharia and disregarding American law, would we rejoice at our liberation? Had some such perfectly reasonable exercise been conducted in the situation room, calling for humane imagination and sympathy rather than technical prowess, our policy makers might not have been caught so hopelessly flat-footed by the Iraqi, Afghani, Libyan and Egyptian reactions to America's liberation of their countries.

A historian might also ask how we Americans would feel if our Muslim liberators arrived in alliance with Russia. The relevance of this question is that the Bush administration's "Coalition of the Willing" had Britain as America's one major partner. Americans rarely remember, but Iraqis surely have not forgotten, that Britain's post-World War I hegemony over their country did not effectively end until 1958. What were Iraqis likely to think, then, as British troops turned up again on Iraqi soil? Was the old bully back now with a bigger bully at his side?

Considerations like these make it plain that the U.S. is exceedingly ill-placed to mediate between Sunni and Shia, between Saudi Arabia and Iran and, as we ought by now to be ready to admit, between the Israelis and Palestinians. Ignorance of religion and history has already cost us plenty and so has poverty of imagination. If our higher education is headed toward deepening that ignorance and worsening that poverty, we are headed for bigger trouble than we have yet seen.

PHOTO GALLERY
Liberal Arts Majors That Pay You Back: PayScale Data
Download
Calling all HuffPost superfans!
Sign up for membership to become a founding member and help shape HuffPost's next chapter
Join HuffPost

Why Are We Losing in the Middle East? Too Much STEM, Not Enough Humanities
Liberal Arts Majors That Pay You Back: PayScale Data 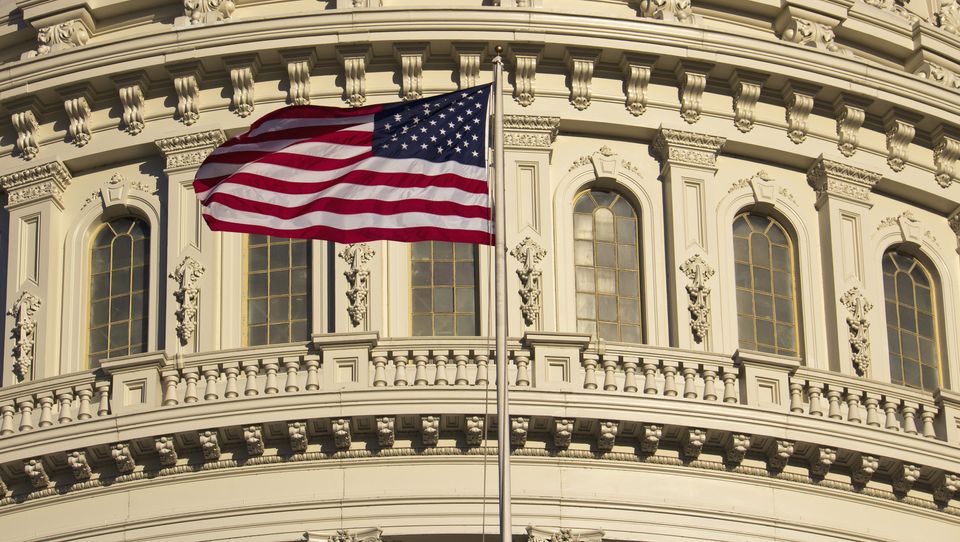