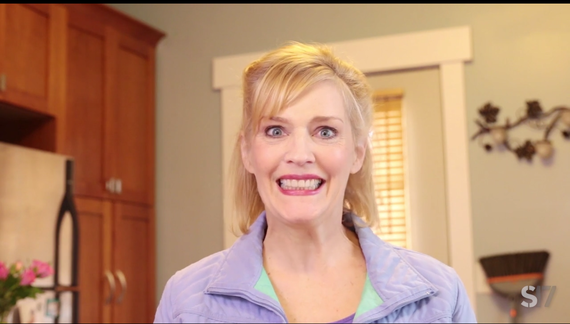 When I was young I refused to sleep with or flirt with men-in-charge for roles in the theatre. I did it on principle. I had some pretty high moral standards for myself as a young actress, and I was NOT going to sell myself out on some casting couch. I had real talent and I was going to prove myself completely able to get ahead on my skills and personality alone.

Now that my high horse is a little less high... more like a shetland pony... no one is asking. Crickets. Tumbleweeds. I walk into an audition... and nothin'. Not a sideways glance. Not a knowing wink. Not a close-talking, coffee-breathed director in sight. The only private conversation happening in that room is them with an abacus counting the rings on my neck to see if they can decide how old I really am.

Not that I'd sell myself short with a little casting couch action now either, I wouldn't. I have an incredibly high moral code. My parents got the message across to me that being honorable was the pinnacle, number-one attribute of human behavior. And I think they are 100% right! But sometimes, I admit, it would be nice to be that indignant again.

Oh, I feel the sexism in the world. I do and I get it completely. It's just that I don't fight the "sex" part of sexism the way I used to. It's almost the reverse. When I was a younger woman, I would turn heads and incite a riot of energy when I would walk into a room. Well, maybe that's a clouded and somewhat beefed up memory. Hey, who am I kidding? It happened sometimes!! But NOW I feel like I'm being judged because I don't have that certain estrogen filled hottiness that I used to. Ain't that the same thing? Sexism?

Please tell me. At IBM are they looking at you to see if you gained 5 pounds while you were on vacation with your man friend? Or, are they checking you to see if you need to get your bangs trimmed? Or if you have a flap of skin hanging a bit lower under your chin that might just make you resemble the featured player at Thanksgiving dinner?

Let's talk Turkey (necks). Teammates at IBM or any corporate America Team: are they judging you by your appearance? Get back to me on this, okay?

Let's stand together on this one. We might be wearing a few more turtlenecks to business meetings, but we STILL got it! Oh, and I would politely ask all of you potential job givers who used to look about 6 inches further down on my body on a regular basis... QUIT LOOKING AT MY NECK!

Middle (St)age is written by Stacia Fernandez and Jacob Pinion and can be seen in its entirety on Stage17.tv. Follow Stacia at @Fernandezstacia -- follow her character Marina Lippon at @MarinaLippon or follow her page MIDDLE STAGE on Facebook. Just don't follow her around the grocery store. It makes her nervous.

Stage17.tv is the first digital entertainment platform to offer curated, theatre-centric content to a global online community. With its unique focus on Broadway and the arts, Stage17.tv is pioneering the intersection between theatre and the digital stage.