Last week, we all saw Nicki Minaj’s butt as she promoted her upcoming single, "Anaconda." Various websites struggled to grapple with Minaj's so-called “Ass-tastic” cover: Was it “too racy for it’s own good?” Or “too scandalous for Instagram?”

You could picture the collective entertainment media shifting uncomfortably on a bunch of much smaller butts. And, soon enough, the "too racy?" question was made much worse when the owner of AllHipHop.com felt the need to weigh in with an open letter that is, as Jezebel put it, "dripping in slut-shaming, patriarchy, respectability politics, double standards and some flawed logic just for good measure."

Taking to her Instagram yet again, Minaj responded to the criticism by posting photos of non-black female bodies in similar positions. According to Minaj's captions, the women depicted in the photos are "angelic" and "acceptable," and thus did not encounter the outrage she faced.

Now, Minaj has a point. Much has been written on the differing reception between white and black bodies, but something else emerges from the comparison. All of the “angelic acceptable" photos Minaj posted are created for male-oriented media, i.e. the Sports Illustrated swimsuit issue. Might part of the reaction to Minaj’s own “ass-tastic” presentation be based on the fact that she shared the image herself?

While you ponder that, consider this: The record label is to blame, too. There is a complex interaction between Minaj and the advertorial use of "spectacle." But, in terms of public perception, it's relatively straight forward: Minaj used the photo in order to drum up anticipation for her single.

The difference between Minaj and her acceptable angels extends beyond butt cheek color. Kate Upton and the other models are not the ones posting these images. They are posing for the male audience: bikini body, meet male gaze. There’s no backlash for these similar poses because they’re created for male pleasure.

What Minaj is doing, then, is defending her right to bear her behind from a sex-positive perspective. She has ownership of her body. Her artistic persona is driven by a hyper-sexuality, and she has a right to capitalize on that. (There’s an argument for why Minaj’s participation is hypocritical and it’s quite well-argued over at Frisky, should you want to read that, but let’s focus specifically on what her intent is here.)

Rihanna is another great example of an empowered, hyper-sexual performer: look no further than her now-defunct Instagram account or the lyrics to "S&M" and "Rude Boy" for reference. Yet it's Miley Cyrus who is actually a better foil for Minaj. (Kim Kardashian, despite sharing a similar body type, is not a part of the butt conversation on account of the fact that she's not a traditional performer.)

As the good Lord and Fox and Friends know, there has been plenty of backlash directed at the human tongue known as Miley. We are now nearing the one-year anniversary of that time she twerked with a nightmarish Footlocker associate at the VMAs, and it has been a year of little rest for the outrage machine. While there are similar shots of Cyrus’ own “ass-tastic” displays featured in men's magazines, Mika Brzezinski doesn’t get as upset over those.

This is not to discredit the racial distinction in the way we process female sexuality. That’s very real and Minaj’s comparisons make sense. Yet, the presiding truism of the way we talk about female bodies of all colors boils down to agency. Pose all you want in the teensiest of bikinis, likely you won't hear a peep -- as long as those images are being marketed to men. But when a backside is presented as a part of one’s brand or as a marketing initiative, suddenly everyone is confused about what adjectives to use when having important conversations about sexy butts. 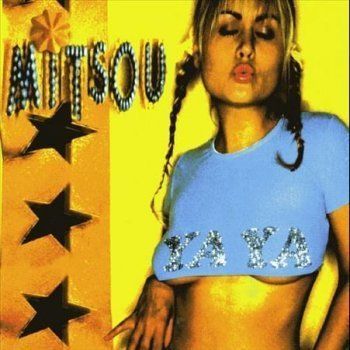