Huzzah for America's Middle West! Its heartland. Its breadbasket. Home of open skies, neat rows of corn and more lakes than you can imagine.

Yes, "science" is a loose term here. We merely jumped at the chance to explain precisely what makes the Midwestern region so wonderful, according to certain probably unbiased sources. Did we go overboard? Does it matter?

Here are 12 reasons to love the Midwest even more.

1. It's been *proven* that Midwesterners are super friendly.

The stereotype, it turns out, is pretty accurate. Researchers from the University of Cambridge analyzed personality traits of 1.6 million Americans via Facebook, surveys and other data to find that the Midwest really is the most "friendly" and "conventional" region of the country. Tell us something we don't know, guys. (No offense.)

In a 2009 study on Americans' volunteering habits, the Corporation for National and Community Service found Midwesterners to be most charitable with their time, a title they've held since 1989. The study found that 30.2 percent of people 16 and over in the Midwest region had volunteered in the past year.

Two University of Illinois professors who in 2012 surveyed nearly 600 international tourists along Route 66 -- the "Main Street of America" -- said many of them enjoyed Midwesterners' "friendly, easygoing and enthusiastic" attitude and willingness to share stories about their heritage.

4. They have the most state pride.

When Gallup polled Americans in 2013 to ask whether they thought their home state was a good place to live, a pattern formed. Residents of the Midwest and West spoke up most often saying their states were the best. Because they are.

Whether this is one for the "pros" column is up to you, but Midwestern ladies -- particularly upper-income individuals between ages of 18 and 34 -- have helped fuel Pinterest's rapid growth in recent years. All those glorious pictures of Oreos tucked into globs of cookie dough and baked to golden perfection? Impossibly pretty lattice-crust pies? You're welcome.

They say price is all location, location, et cetera -- and yet for some reason the Midwest region is particularly affordable. According to data obtained by Forbes in March, 11 Midwestern metropolitan areas were shown to offer the best bargain on cost of living. The cities included Toledo and Cleveland in Ohio and the Detroit and Grand Rapids-Wyoming areas of Michigan.

Fiiine, we exaggerate. There's still some pollution (as there is everywhere) but the Midwest does have some of the best air quality in the whole U.S., according to a 2010 report by the American Lung Association. Indeed, a large chunk of the region seems pretty satisfied with their air quality.

8. Midwesterners' kindness extends even to their cars.

According to a recent Pew analysis of U.S. Census data, newly built homes in the Midwest are smaller overall but more likely to include a three-car garage. It might not be the most efficient or sustainable mode of transportation, sure, but you have to admire that dedication.

9. They appreciate their teachers.

At the end of the year, did you give your teacher a thank-you gift? It may depend on where you're from. A recent Gallup poll of at least 600 individuals in each state found that Midwestern residents thought most highly of teachers in their area.

10. They're a thrifty bunch of people.

According to a 2013 survey by Visa, Midwesterners spend less than others when they buy lunch. The report found that a typical American buys lunch about twice per week and spends about $10 each time. In the Midwest, however, lunch-goers spent a paltry $8.90 about twice per week. As an explanation, we refer you to item six.

Linguists have found that Midwesterners are most likely to believe (incorrectly) they speak a "standard," accent-less version of American English. Sorry to burst any bubbles by saying that everyone has some kind of accent, but according to recent analyses people in the Midwest are actually leading a linguistic change called the Northern Cities Shift with theirs. Make fun of these "nasally" pronunciations all you want, but evidence suggests they're spreading!

Yes, it's true what they say about family values in the heartland. At least according to a 2008 Pew survey and analysis of U.S. Census data that suggested about half of adult Midwestern residents have spent their entire lives in their hometowns. Why? Most had half a dozen or more relatives living not more than an hour's drive away. Aww.

All photos via Getty.

This Is Why It's So Great To Be A Midwesterner, According To Science
America's Most Content States 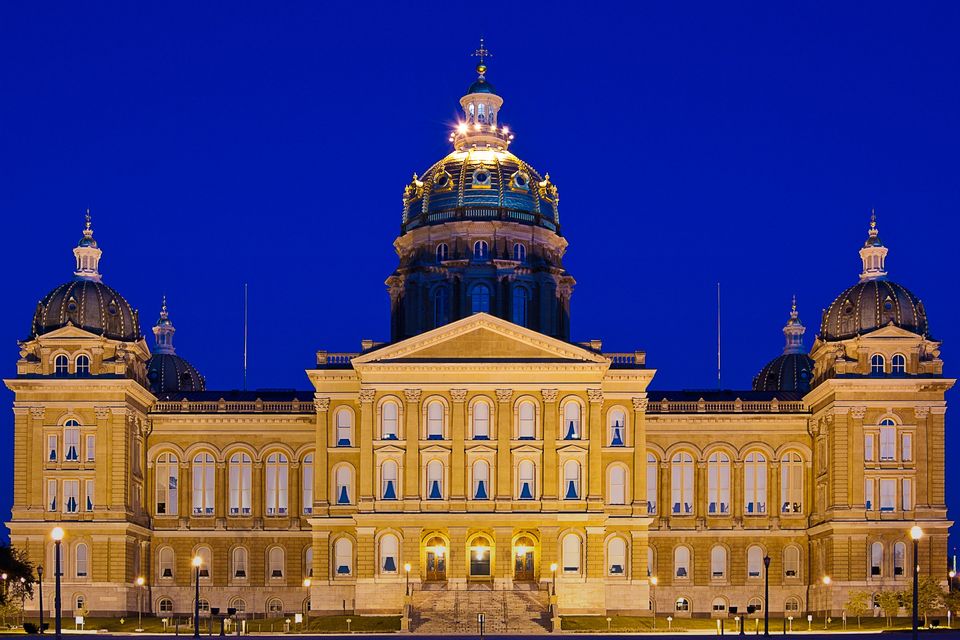 1 / 10
10. Iowa
<strong>Well-being index score</strong>: 68.2 <strong>Life expectancy</strong>: 79.7 years (16th highest) <strong>Pct. obese</strong>: 28.1% (tied-20th highest) <strong>Median household income</strong>: $50,957 (23rd highest) <strong>Pct. with high school diploma</strong>: 91.6% (8th highest) Iowa residents were among the most likely in the nation to report having access to basic necessities in 2013. This included among the best scores for access to healthy food, health care and safe neighborhoods. More than 82% of residents felt safe walking alone at night, and 87% felt they had enough money for health care and medicine, both among the highest proportions nationwide. Iowans were in relatively good physical health, with 77% of residents saying their health did not prevent them from going about their daily lives, more than those in any other state except for North Dakota and Nebraska. Working conditions were also quite good, with more than 90% of residents reporting they were satisfied with their jobs last year. <a href="http://247wallst.com/special-report/2014/02/20/americas-most-content-and-miserable-states/#ixzz2uA5rWX00" target="_blank">Read more at 24/7 Wall St.</a>
<a href="http://www.flickr.com">Flickr</a>:<a href="http://www.flickr.com/photos/9464504@N06/4732486565">IABoomerFlickr</a>