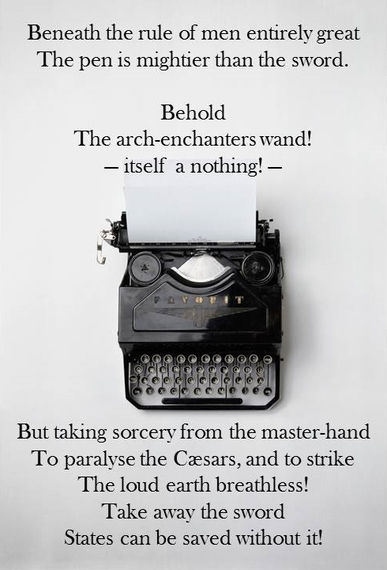 This is the first in a series of interviews exploring what authors are doing to cope with the impending Trump presidency.

Caroline Leavitt is the author of eleven novels, several of which have been New York Times Bestsellers. Her latest book, Cruel Beautiful World is on the same trajectory. 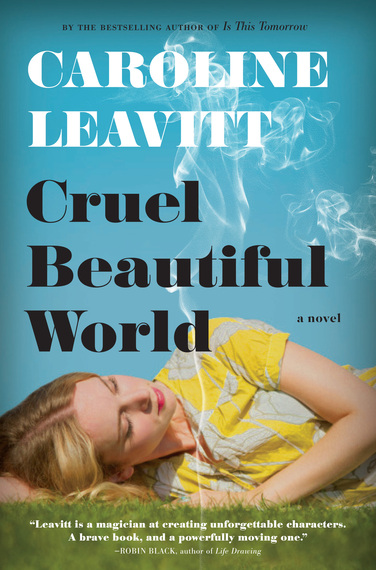 I met Caroline at a book festival in New England a few years ago, and we have been social media friends ever since.

Your Facebook posts have made it pretty clear that the post-election season has been rough on you, and on your work. Are you pulling out of that funk? Has anything been particularly helpful in doing so?

I have been a mess. I lay in bed. I watched movies nonstop. I cried. I couldn't eat or I ate way too much chocolate. I have been in shock, and I still am in shock, but I'm also a fighter and more than a bit OCD, so I got to political work. I spent all my time tweeting facts, politely defusing trolls or blocking them (I got a lot of tweets with Jewish stars on them and one that said, chillingly, "You're on the list, Jew.") I've been calling my reps, calling Paul Ryan's office at least 3 times a week, signing petitions and getting others to sign them.

And on January 1, I finally began to write. I need to write for my mental health. It's hard to feel that anything other than political action is worthwhile right now, but I realized that writing is a way of reaching people because we are all hard-wired to need stories, to feel we are not alone, to understand the whole human experience about why people are the way they are. So I'm stumbling in the dark, but every day, I write.

What else helped? Other people. Knowing that we are not alone in this, that there is a groundswell of activity. Marches. Protests. Speaking out means hope. Silence means nothing even has a chance of changing.

Your novel Is This Tomorrow deals with what it's like to be a divorced Jewish mother in the 1950s. 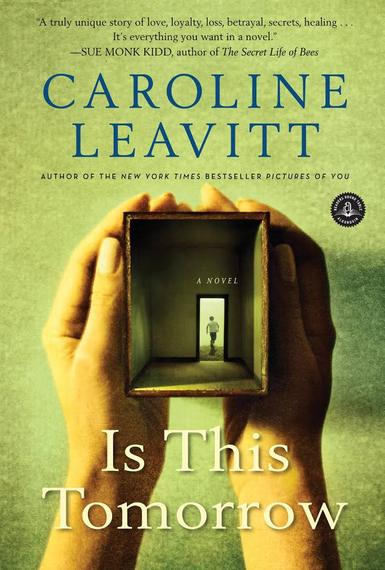 Considering what life was like for that character, what are your thoughts about the "Make America Great Again" concept?

Is This Tomorrow was all about my childhood, being part of the only Jewish family in a working-class town of Christians. It was about wanting to belong to a community that doesn't want anything to do with you--and the answer in that book was to make your own community. I cannot stand the "Make America Great" slogan because it really means "Make America White, Christian and with Men in Charge." It's so important to read that subtext and to fight against it. Make America Great Again sounds like George Orwell; take your pick, 1984 or Animal Farm. All this doublespeak. It also reminds me of Atwood's brilliant The Handmaid's Tale, which should be required reading.

We have to learn from history.

America was becoming great under Obama. Jobs were up. The economy was booming. Equality was being fought for. My latest novel, Cruel Beautiful World, is set at that weird time when the hope of the 1960s (we really did believe we could change the world for the better in a peaceful way) collapsed into the Cambodia invasion, Kent State murders of students, Manson, racism, etc. And what happened was people gave up. They felt there was no way we could win. I think that period of time is really a cautionary tale, except now it is so much worse. I had the same feeling when Hillary lost to Trump. But we cannot give up or give in. We just have to fight harder. We have to organize.

The chilling reality of cold-war-inspired bomb shelters is also featured in Is This Tomorrow. What is your reaction to the President Elect's comments on nuclear war, given your familiarity with this subject matter?

People wanted to bomb Russia back in the 50s and 60s, and they really felt a bomb shelter would save them. In my research I found pamphlets from the 50s and 60s on "How You Can Survive a Nuclear War." Truly! The methods were things like ducking under a desk to escape radiation, wiping your feet of radiation before you came into the house, and even cooking healthy meals so the radiation couldn't gain a foothold in your body. The message was everything was going to be all right. Back then many people believed that, and I'm terrified that people believe we can survive a nuclear war now.

Tell us about your work in progress, or is it too young and fragile to disclose?

I've sold my next novel on the basis of 60 pages and a synopsis. It was originally called This Other Life, but now, because of Trump, I want to call it Wake Up Now. I can't talk much about it because it's so, so new, and it's so so different from anything I've done before.

Has the impending Trump presidency fed or formed this nascent book in any way?

I'm thinking a lot about how we become who we become. If you read Hillbilly Elegy, you begin to understand why people who felt marginalized and made fun of--stripped of their dignity, really--might be ardent Trump supporters. I'm writing a lot about how it feels to be told who you are when you suspect you might be someone very different--and what you do when you discover that difference.

What do you think the role and responsibility of the writing community is in what is being called the "post-truth era?"

I think the writer's responsibility is what it has always been--to tell the truth. The emotional truth. The personal is really the political now. You don't have to write dystopian novels or novels about Evil President. Write about real people. Help readers understand what it means to be human; how it feels to be shut out of a community, how it feels to live in a world where you suddenly feel powerless, and how important it is for all of us to band together.

But it's not just about writing the truth. We also have to confront lies with facts. Support REAL news. When you see fake news refute it on social media.

Tell us more about the idea of the personal becoming the political.

The political has to become personal for change to happen. When a homophobe discovers his or her child is gay and that child is denied rights--suddenly that homophobe's point of view might change. It becomes a real moral choice--do I support my ideals and see my own child suffer, or do I step up and work for change and maybe deny that one ideal? When someone who has never met a Muslim (and I once asked a Trump supporter if he had met one, and he said, "Hell, no! Who wants to?) actually does meet a Muslim and discovers that person is kind, smart, helpful, and like him--well, change can happen there, too.

What are you doing to try to make a difference?

I am a rabid poster on social media. I try to be calm. I try to educate. I don't insult, though I will ask why someone feels the need to be insulting when I'm trying to have a conversation. I want to talk with people who don't believe what I believe.

Do you have any words of encouragement for those of us who despair about our nation's future?

We can never, ever, ever give up. Trump is losing ground fast, I believe. His supporters are beginning to feel that they have been had, that his promises are not coming to fruition. Most of the cabinet has no experience and is driven by money, so we have to find ways to thwart those monies. Don't buy anything with the Trump name, including Ivanka's brand. The GOP didn't reverse its position on taking apart the ethics office out of the goodness of their hearts. They did it because there was such an outcry. Send letters. Call. If our reps are not doing their job, vote them out.

Give money to organizations like the ACLU, Planned Parenthood and the Sierra Club. Know why the NRA is so powerful? Because people show up at their meetings and at their offices.

Be on social media. We have to connect with the people who hate us, and that means finding common ground. Tweet. A lot. Be polite and don't troll, but give facts, and always include @realdonaldtrump and @SpeakerRyan in your tweets.

Band together with others so the momentum keeps going. Protest. March on Washington or in NYC or in your town and if you can't--then throw your support to the march by mentioning it over and over on social media.