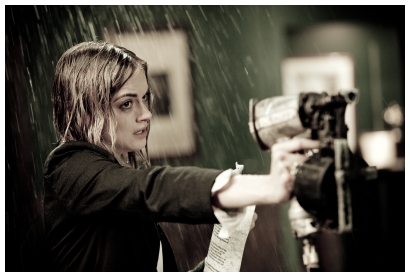 In such series as Farscape and Stargate SG-1, Ben Browder traveled to distant universes filled with strange and fascinating creatures. But in all their adventures, neither Farscape's John Crichton nor SG-1's Cameron Mitchell ever had to contend with an environment as daunting as high school, or a life form as enigmatic as teenagers. That's just what happens in Bad Kids Go to Hell, the new horror comedy in which Browder plays Max, a janitor of the "quiet loner" breed, who tends to the corridors and classrooms of a tony private school as a clutch of the institution's least-favorite students while away their time in detention, and find themselves being bumped off, one-by-one, by a resourceful killer with mysterious motives.

So in this episode, we talk to Browder via phone, our conversation ranging from his extended absence from the screen, to the difference between movie and TV shoots, to what it was like being a visitor to the world of Doctor Who. Click on the player button to hear the show, or right-click to download.