Sporting fans love long shots and unexpected triumphs. The first and the last European Chess Club Cups provide proof. In 1976 the German team of SG Solingen shared first place with the powerful Soviet team, Burevestnik Moscow. And last Saturday, against all odds, the players of the Czech G-Team Novy Bor smashed their way to the top and won the Cup in Rhodes, Greece, ahead of strong Russian and Azerbaijani teams. 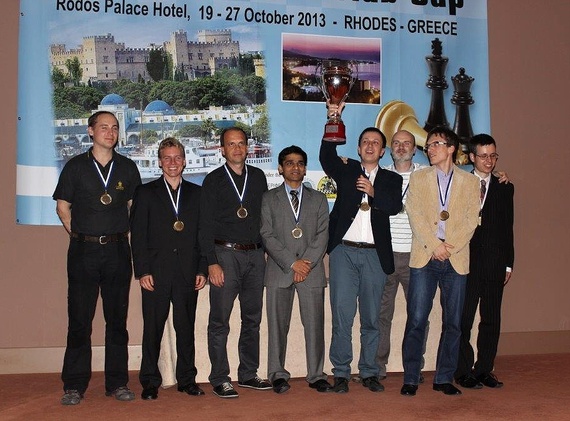 Miracle on ice turned into miracle on chessboards when Novy Bor defeated the top seed, the Azerbaijani team of SOCAR 3.5-2.5. To pull off such an amazing feat, you need the stars to be perfectly aligned, play well and have some luck. The oil money from Baku was able to buy a powerful lineup, but on that day the top three boards crashed. 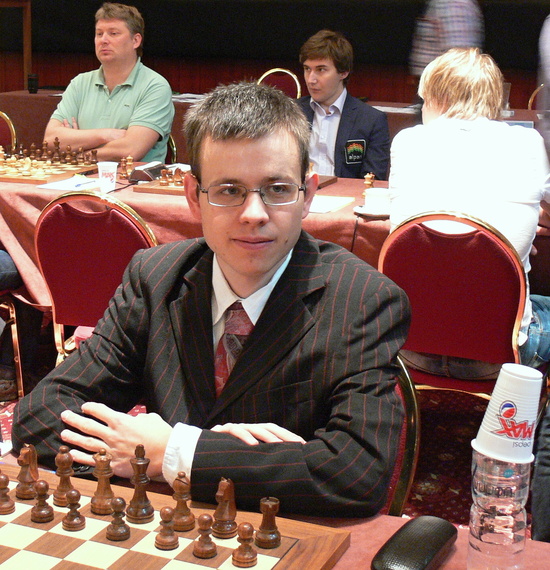 David Navara (Alexei Shirov and Sergey Karjakin in the background)

On the top board the Czech champion David Navara, always smartly dressed, played the American-born Italian GM Fabiano Caruana, rated among the world's top six players. It was not a duel between David and Goliath, since Navara is known to be a dangerous opponent to anybody. For example, in the past he defeated the world's best two grandmasters, Magnus Carlsen and Levon Aronian. Caruana decided to take an exchange in the Spanish opening, but his position was not easy to play and his chances to make a draw gradually worsened. 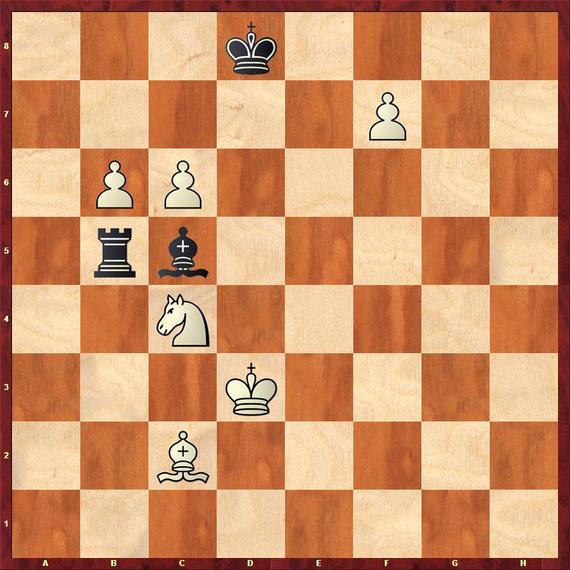 Viktor Laznicka played well on the third board throughout the event. He scored an important victory against the creative Moscow GM Alexander Morozevich, tying the match against the Russian team of Malachite 3-3. 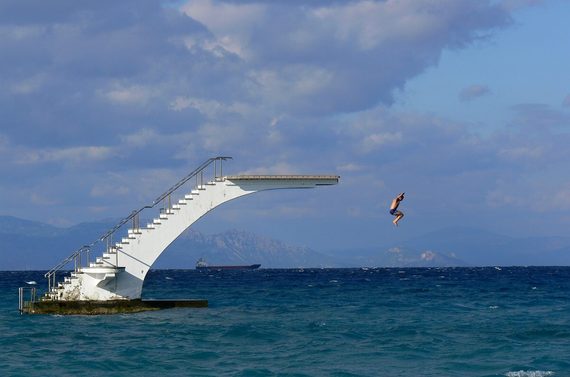 Against SOCAR, Laznicka outplayed the U.S. champion Gata Kamsky, known to be a tough nut to crack. 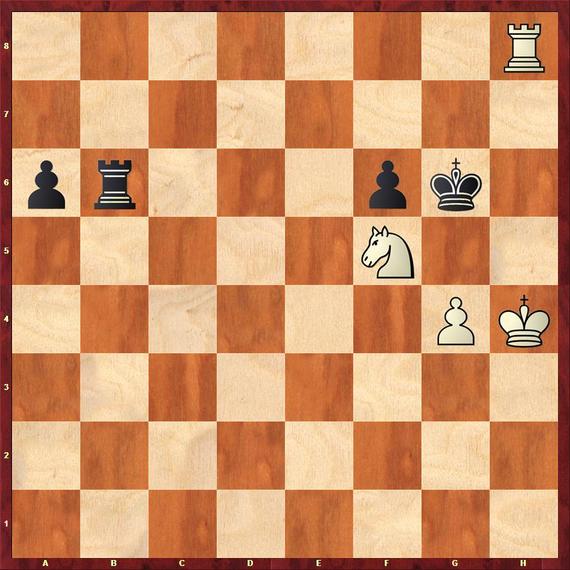 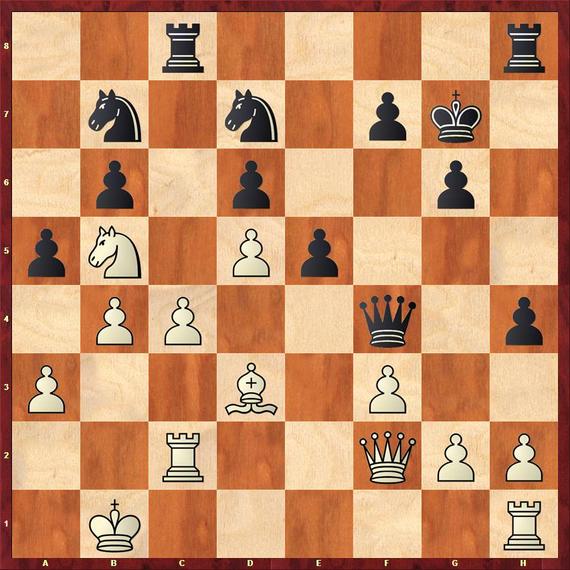 In the Sicilian Najdorf, Topalov didn't get anything going on the kingside and Wojtazsek was able to prevent the break c4-c5 on the opposite wing. The chances are equal, but the Polish GM has one attacking idea in mind.

Black threatens to open the a-file and Topalov makes a losing blunder.

The infiltration is complete and black adds elegant final touches.

A smashing piece sacrifice, allowing black to knock down white's pieces along the third rank and create mating threats.

The Indian GM Krishanan Sasikiran delivered the team victory by holding a draw against the dangerous Azerbaijani Shakriyar Mamedyarov.

With 92 grandmasters participating, it was a formidable event. The top two rated Americans, Hikaru Nakamura and Kamsky, crossed the ocean to play.

The threat was stronger...

As one can see on the fabulous Wojciech Bartelski's web site Olimpbase, the European Club Cup has been played 29 times. At the beginning it was a knockout event. A Swiss system was used in Rhodes to accommodate 53 teams.

In the first Cup in 1976, SG Solingen and Burevestnik Moscow made it to the final and after two days of playing the score was tied 6-6. In the tiebreaking match on the third day four games were quickly drawn and the Cup hung on the last two games. I was facing Boris Gulko who won the Soviet championship a year later. After 20 moves I was contemplating a knight leap. 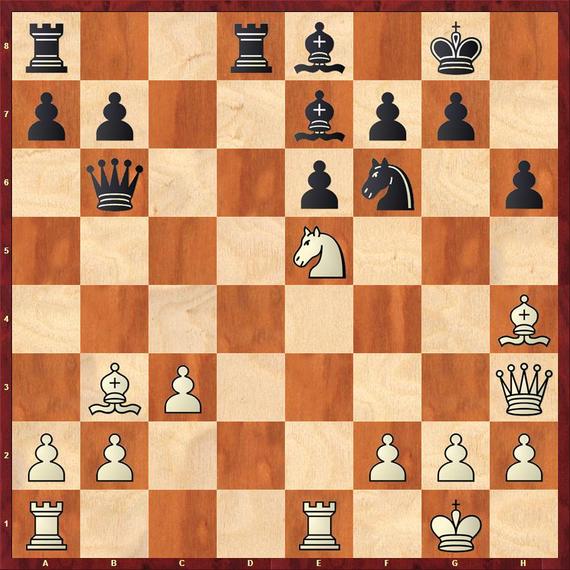 Two games were left at this point and draws would have resulted in Solingen winning the European Club Cup on tiebreak. But the Solingen captain offered the Soviets to share the championship. While they were contemplating the offer, I was calculating variations after 21.Ng6. Mark Taimanov, having more space against Hans Joachim Hecht, wanted to play for a win, but Vassily Smyslov thought Gulko was in danger and persuaded the team to take the offer. We became co-champions.

Let's see what would have happened after 21.Ng6!:

To paraphrase the old saying, the threat of 21.Ng6 was stronger than the execution and won the Cup.