HAINGGYI ISLAND, Myanmar, May 30 (Reuters) - A boat packed with more than 700 "boat people" seized of Myanmar's coast was still being towed at sea on Saturday, as officials gave mixed signals about its final destination.

The discovery of the boat on Friday came as Myanmar told a 17-nation meeting in Thailand that it was not to blame for the crisis that has seen more than 4,000 desperate Muslim Rohingya from Myanmar and Bangladeshi migrants take to the seas across Southeast Asia in the last month.

An additional 2,000 people are believed still adrift after being abandoned by traffickers following a crackdown in Thailand.

Myanmar's navy discovered the boat with 727 migrants off the country's southern coast. Officials have said they believe most on board to be from Bangladesh.

Authorities initially said the overcrowded boat would be taken for processing to a navy base on Hainggyi Island, in the south, but were now considering other options, Commander Soe Min, an assistant to Myanmar's navy chief, told Reuters.

"The ship may not stop at Hainggyi Island. The navy may take them somewhere further north, such as Sittwe in Rakhine State. We're not even sure yet," Soe Min said. 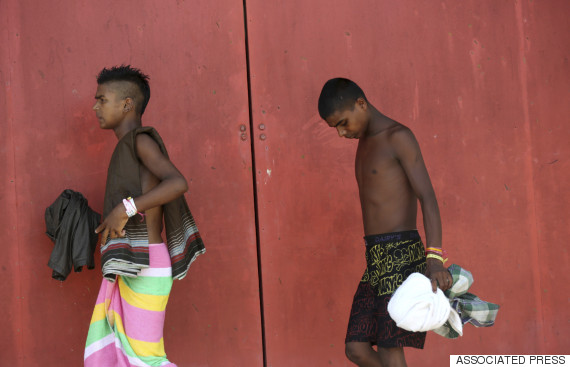 Hainngyi Island township administrator Myo Win told Reuters the boat would temporarily stop at another nearby island on Saturday afternoon. He did not say where it would be taken next.

The boat was found in the Andaman Sea on Friday with 608 women, 74 women and 45 children on board, according to Myanmar's Ministry of Information. 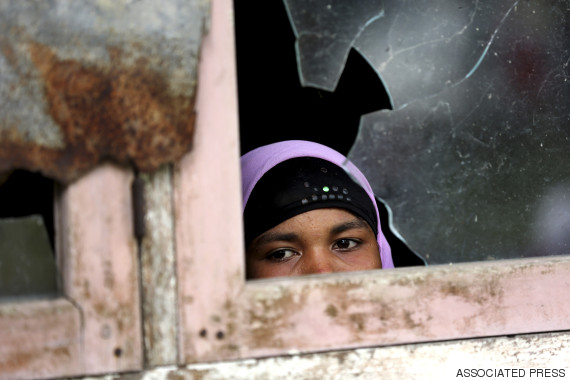 Those on board told officials they had been at sea in three boats since March, during which at least 50 migrants died, the ministry said on its website. The passengers were later abandoned in one boat by traffickers, it said.

Myanmar has come under heavy criticism for discrimination against the Rohingya. Most of the 1.1 million Rohingya in Myanmar are stateless and live in apartheid-like conditions. Almost 140,000 were displaced in deadly clashes with Buddhists in the state of Rakhine in 2012.