WASHINGTON, Feb 12 (Reuters) - Parts of a Texas military base that the Trump administration had proposed for a temporary detention facility for migrant children contain toxins that could pose a health risk, according to a report released by an environmental group on Tuesday.

Last June, then-Defense Secretary Jim Mattis said the U.S. military was preparing to house immigrant families at Fort Bliss, an Army base in El Paso, Texas, and unaccompanied minors at Goodfellow Air Base in San Angelo.

Earthjustice said it identified four Super fund sites near the proposed housing site at Goodfellow, including a former landfill, artillery range, fuel depot and fire training areas. While some areas have been cleaned up, Earthjustice said more
extensive testing is needed to ensure the site is safe.

“If allowed to happen, approximately 7,500 migrant children will be detained in an area contaminated with lead, arsenic, benzene, PFAS, and myriad other harmful chemicals associated with increased risk of cancer and permanent neurodevelopmental damage,” the Earthjustice report said.

Earthjustice said its report was based on publicly available Air Force documents detailing Super fund site investigations, inspections and feasibility studies. It said it wrote the report after the Air Force declined to provide documents it had
requested about the shelter plan.

A spokesman for the Department of Health and Human Services said it had conducted preliminary visits to Goodfellow, Fort Bliss and other sites in Arkansas and Texas to determine their suitability for detention facilities, but that “none of these properties are under active consideration at this time.”

Raul Garcia, an attorney for Earthjustice, said he is concerned that President Donald Trump may declare a “national emergency” at the U.S.-Mexico border that could expedite construction of the facilities, if he cannot agree on a deal
with Congress for border security funding.

A draft environmental assessment of the base conducted by the Air Force in July found there would be no significant environmental impact or harm caused by the project. That finding would allow construction to begin without more extensive environmental scrutiny.

Nearly 12,000 “unaccompanied minor children” were in custody at about 100 shelters last year, according to the Department of Health and Human Services, as the Trump administration implemented a “zero tolerance” policy of detaining undocumented migrants crossing the border.
(Reporting by Valerie Volcovici; Editing by Dan Grebler) 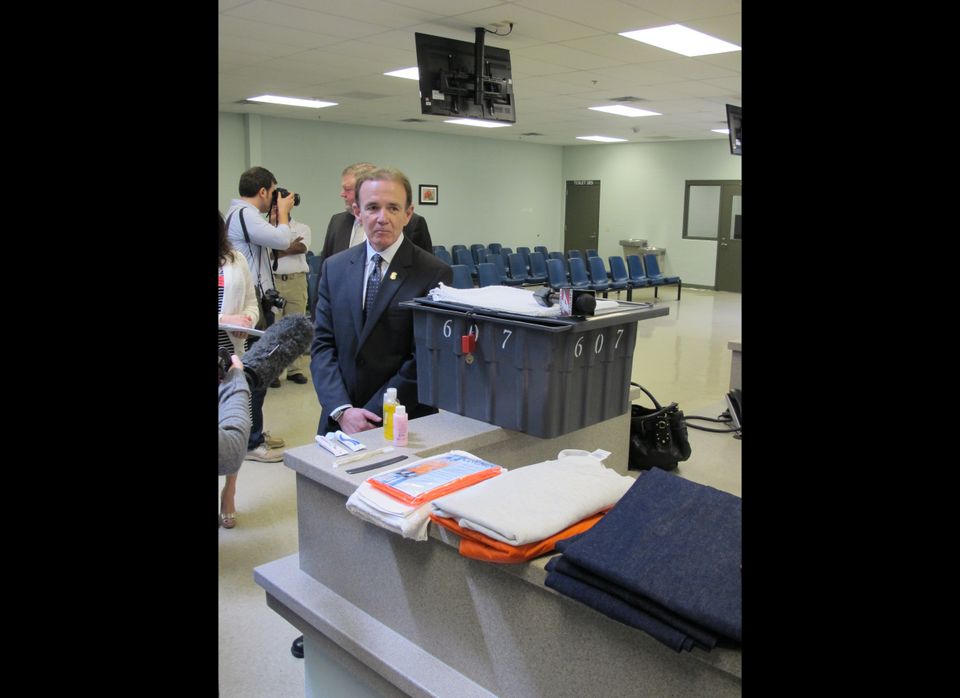 1 / 6
Gary Mead, executive associate director for U.S. Immigration and Customs Enforcement shows clothing and personal items inmates will receive at a new civil detention facility for low-risk inmates in Karnes City, Texas, on Tuesday, March 13, 2012. Federal officials are holding up the new facility as the centerpiece of an initiative to treat those facing immigration violation charges more humanely after lawsuits filed in past years. (AP Photo/Will Weissert)
AP