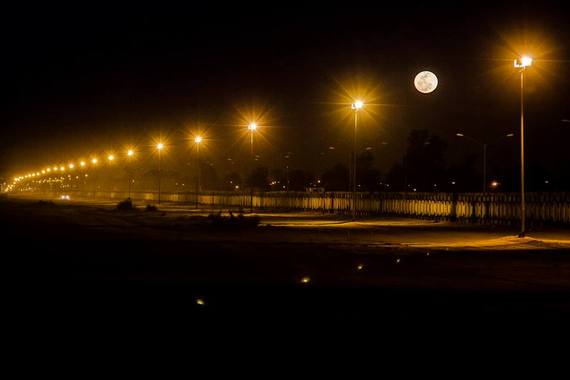 [Edgar's] going to go again. He's leaving within a month. But if there was some alternative, some opportunity here in Guatemala, I don't think he'd go. To be able to pay the 48,000Q [roughly US$6,400]. He has to go because of the need.

True to form, the Obama administration has met the recent influx of young unaccompanied Central American migrants with a proposal for expedited sentencing and deportation. However, his plan and the concomitant flurry of debate overlook a central facet of contemporary migration that will continue to foil the effectiveness of migrant detention and deportation: the profound debts that migrants and their families incur to fund the passage north.

Debt and the nightmarish consequences of a failed journey weigh heavily on most of the estimated 300 migrants (and here) who leave Guatemala daily. Through ongoing fieldwork in major sending regions in rural Guatemala, I have learned that a single migrant can currently expect to pay between $5-7,000 to secure a coyote that will guide him or her through Mexico and into the U.S. In rural Guatemala, where economic opportunities are few and wages hover around just $4-$10 a day, migrants and their families are frequently pushed to secure these funds through loans from friends, family, and/or moneylenders.

This capital comes at a premium, however. With restricted lending sources and an increasingly risky journey, migration loans are regularly issued with high 5-15 percent monthly interest rates over the principal. That is, with a $6,000 loan at 10 percent a migrant will pay an additional $600 per month in interest. Moreover, lenders frequently demand collateral in the form of critical assets such as homes or agricultural land. Borrowers are often forced to sign over the deed to their property as if it had been sold.

Those who successfully reach the U.S. dedicate six months to two years of hard labor to debt repayment. But those who are apprehended, detained, and deported watch their debt careen out of control as the interest pushes the original $5-7,000 up to as much as $15,000. In the event of loan default, assets can be seized, leaving migrants and their families homeless, landless, and in utterly dire straits.

Why should we care? Moral arguments aside, with every detention and deportation of debt-laden migrants the U.S. only deepens the need for Central American households to send a loved one north. Guatemalans have no access to legally earned wages that could pay down this level of high-interest debt. The roughly $200 in monthly income gained for full-time work at the national minimum wage only scratches the interest owed, let alone the capital. At this rate, the average migration loan with just one year of interest would take five and a half years to pay off, presuming all income went to loan payments. But in Guatemala's rural areas, where roughly 70 percent of the population is estimated to live in poverty with a per-capita income somewhere under $3 a day and agricultural work continues to dry up (and here) the task of making payments is nothing short of monumental. As migrant debts mount, a U.S. wage becomes the only realistic way to address ballooning loans and save collateralized homes and land. Debt forces a migrant's hand to roll the dice and try again.

Miguel* and his 19-year-old son Edgar live in a high-migration/high-deportation community roughly an hour outside of Guatemala's second city Quetzaltenango. After three failed attempts to reach the U.S., Edgar had found himself back home and owing 48,000Q. The debt was backed up by some of the family's only agricultural land and growing at a relatively low five percent monthly interest on the principal.

"When we get work, we pay," Miguel, the father, said in Spanish. "But when there's no work, well ... what do we give? We are totally traumatized psychologically. One worries a lot. It's sad, our situation."

Short on work, wages, or assets to sell, the family's only real recourse was for Edgar to throw himself north once more.

Bearing debt in mind, the solutions to this crisis pushed by the Obama administration are not solutions at all. His $3.7 billion request to Congress that includes allocations to increase detention capacity, expedite deportation cases, and beef up border security could very well fuel the migration it aims to discourage. The deep financial hardships these expanded measures will inflict on Central American families will further deteriorate the economic conditions that, in part, drive migration in the first place.

Furthermore, there is scant evidence to support that deportation itself has any meaningful or long-term deterrent effect on return migration. The recent report In the Shadow of the Wall from the University of Arizona demonstrates that deportation and expanded border security efforts are largely ineffective in discouraging Mexican deportees from crossing again. Research gives us little reason to believe that Central American migrants will react differently. Instead, coupled with migrant indebtedness, increased deportations are poised to contribute to the very phenomenon they officially seek to impede.

As researchers Douglas Massey and Wayne Cornelius have aptly shown, the billions spent annually on U.S. border enforcement do not decrease undocumented migration. They do, however, lead to a long list of perverse or unintended consequences, such as soaring migrant deaths in the desert and the increasing involvement of drug cartels in human smuggling.

Deporting indebted migrants is not without perverse and destabilizing consequences either. Some families eventually lose their homes and land. Others turn to heavy drinking and self-destructive behaviors to cope with the stress. Households can fall into malnutrition as resources are increasingly funneled towards loan payments. Some push their bodies to the point of permanent exhaustion in the search of additional income. Many lose relationships with friends and family who lent them the money, and some push other family members to try their hand at making it over the wall.

In Edgar's most recent attempt, he was abandoned by his coyote and came close to death alone in the Arizona-Sonora borderlands. After being apprehended by the U.S. Border Patrol, he was incarcerated in Arizona before being returned to Guatemala. He remained undeterred by the very worst of the Sonoran desert and contemporary border enforcement in three separate attempts.

If incarceration, deportation, hardship, and even death are not deterrents, what makes us believe that the speedier deportations Obama is asking for will be? For Edgar, the prospects of a slow and maddening death in the U.S.' most unforgiving landscape or hard prison time did not curb the need to overcome the tremendous burden of his family's debt.

As with past migration "crises" in the borderlands, we cannot deport our way out of this one either. Deportation is a blunt tool with a very limited history of achieving desirable policy outcomes. The current crisis demands thorough and out-of-the box thinking from policymakers, not a knee-jerk doubling down on failed policies.

We sow the wind with every indebted migrant we deport. If the outcomes of previous border enforcement campaigns offer any indication, we will reap the whirlwind once again.

-----
*Because of the terms approved for the research that produced this conversation, the names of interviewees have been changed. Additionally, Edgar, who was not yet 18 at the time, was not directly interviewed, though he at times corrected and clarified his father's statements about his attempted migrations.