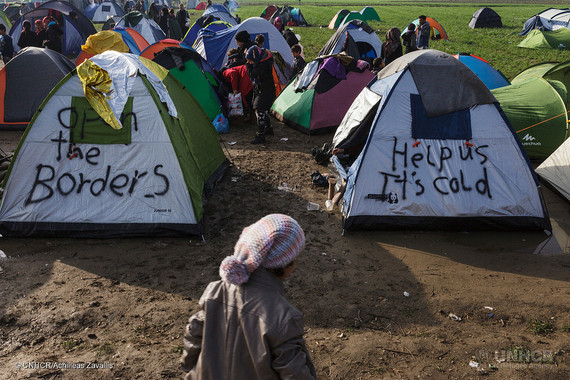 This September, the world's governments will come together at the United Nations General Assembly in New York to debate the crisis and response to large movements of migrants and refugees. The concept of "root causes" has been often cited in draft resolutions and speeches. It boils down to the fears and threats people are running away from, leaving behind their homes and countries. Conflict, climate shocks and lack of opportunity, repression and violation of rights, extremism and widespread poverty top the list of development failures that produce forced displacements. Successful development appears as one of the clearest solutions. Development policies need to adequately integrate and consider migration and displacement.

Responding quickly and effectively to sudden displacements is important. Migrations and other forms of human mobility should, above all, be safe and orderly, to protect those on the move. They cannot only be looked at through the prism of crisis and emergency. The bulk of displaced persons today have been living in protracted situations of fear and need. Thus, human mobility has to be included more comprehensively into long-term policy planning. National development strategies that aim at economic, social and rural development, the consolidation of the rule of law, climate action and peace and security, need to factor in migration and migrants, displacements and refugees.

The increasing activities related to human mobility by government agencies in a wide array of areas, such as health, education, urbanization, trade, investments, agriculture, environment, national security and justice is already a reality in many countries. UNDP and the OECD have developed a comprehensive set of indicators measuring human development of migrants and their families, in the communities of origin, transit and destination. Knowing what is happening is the first step to avoid panic reactions, populist demagoguery or simply ill-informed decision-making. Good policies, reversely, enhance the capabilities of people, promote integration and take advantage of diversity, enabling migrants and refugees to become proactive agents of development. This includes giving the right to work, with the necessary precautions to avoid shocks and deregulation of national labour markets, and the broad range of rights and freedoms that are universal, and independent from any residence status. Only so can they eventually become productive parts of the host societies and redo their lives, with a view to returning to their countries of origin. This is the only way to make human mobility work for sustainable and long-term development.

International experiences showcase that governments in various parts of the world are establishing increasingly comprehensive migration regimes. But part of the response is international in nature; thus governments need to strive for a more coherent approach among them. Countries that host large numbers of migrants and refugees, countries affected by emigration and transit migration, as well as states and actors that fund sustainable development programmes in different parts of the world will find advantages in working together to generate security and prosperity for all affected by mobility. Just as international adaptation strategies are needed, local communities, cities and towns, are the locus where migration and refugee settlement most frequently happens. Local governance responses, community preparedness and local area development contain many needed solutions to the demographic change that population movements produce. Our Regional Refugee and Resilience (3RP), co-led by UNDP and UNHCR, works with more than 200 partners in a coordinated region-wide response to the Syria crisis inside Syria, and in Lebanon, Jordan, Turkey, Iraq and Egypt - with the global, regional and local approaches converging to offer solutions.

The future of human mobility will see more people moving internally and internationally to seek better livelihoods, people displaced by disaster and climate change, and refugees and internally displaced persons fleeing war and violence. We know that coherent development responses to small and large movements of people across and within borders will promote development the world over. It is time to transform a problem into a dynamic condition of our common future.