Miguel Cabrera just went under the knife Tuesday morning, but the Detroit Tigers are already talking about next year's spring training.

The team announced Tuesday that Cabrera underwent surgery early in the morning to repair core abdominal muscles, reportedly an injury that hindered his performance in the Tigers' ALCS series loss to the Boston Red Sox.

According to ESPN, Cabrera said that the surgery "repaired three muscles in my groin that connect to my abdomen."

Dr. Bill Meyers, a nationally-recognized surgeon for Cabrera's type of injuries, performed the surgery in Philadelphia, the Detroit News reports.

Cabrera will complete six to eight weeks of rehabilitation and should be back to his old self by spring training. ESPN reports that the ballplayer only agreed to see the doctor before the postseason began after the Tigers promised Cabrera he wouldn't be shut down for the playoffs.

The team has been tight-lipped about the exact nature of their star player's injuries. In August, Cabrera left a game due to abdominal discomfort and was listed as day-to-day, ESPN reported. Detroit Tigers President Dave Dombrowskhas said Cabrera hurt his groin sliding into second base in early September. MLive reported that Cabrera's injury is essentially a sports hernia, which the team has "vehemently denied."

ESPN analyst David Schoenfield pointed out that Cabrera was "hobbled" by his injuries in late September, writing:

The abdominal strain has affected his ability to turn on inside pitches -- through August he was hitting .401 on pitches on the inner half of the plate; in September, he’s hitting just .200 on inner-half pitches. His groin is bothering him perhaps because of the ab injury, which further limits him. He’s obviously a shell of the guy who terrorized pitchers for the first four-plus months.

"I tried to [play hurt] to take advantage of the chance we had in the playoffs, because with so many good teams you never know when a chance like this will come along," Cabrera said on Sunday, when he accepted the Hank Aaron Award as the American League's best hitter.

Despite his injuries during the 2013 season, Cabrera is a front-runner for winning his second consecutive American League Most Valuable Player award in November. He hit .348 with 44 home runs and 137 RBIs in 2013.

And here's a visual reminder of why fans love him (and the Tigers need him): 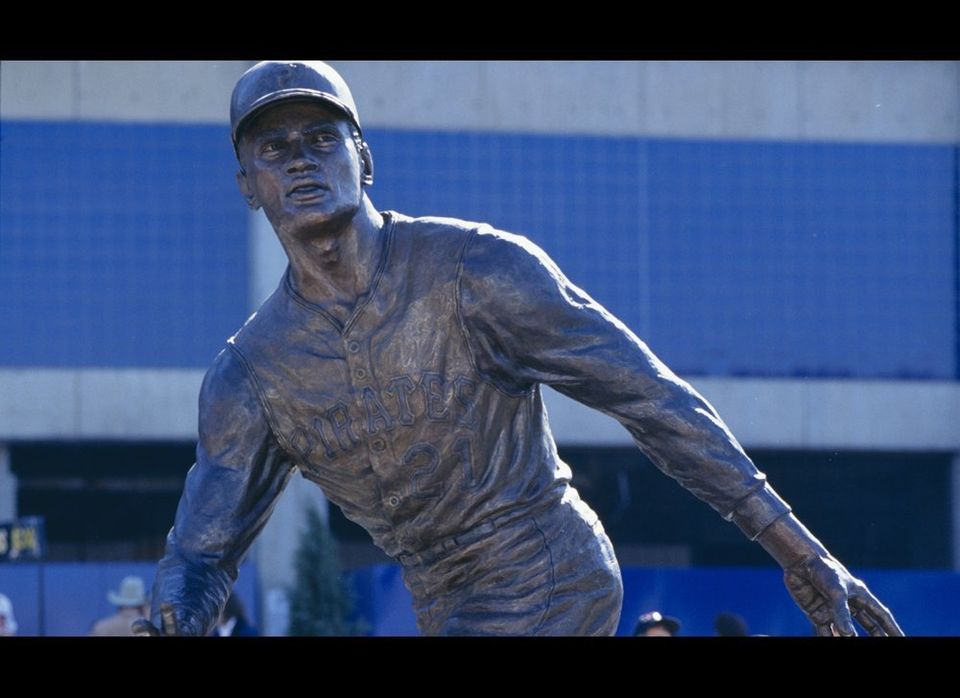 1 / 27
Roberto Clemente
Career .317 BA. 3000 career hits. MVP. 12 time gold glove. 12 time allstar. Hall Of Famer. World Series MVP. Beyond the numbers Clemente was an icon of humanity who's life was cut short in an airplane accident that was delivering earthquake relief aid to Nicaragua on December 31, 1972. The man has a statue, and he deserves it.
Getty Images