When we think of 19th century artwork, a particular type of image hops to mind, often involving beards, Christian allusions, lots of sad people and a smoky palette. Kind of like this 1847 work by Mihály Zichy, entitled "Lifeboat." 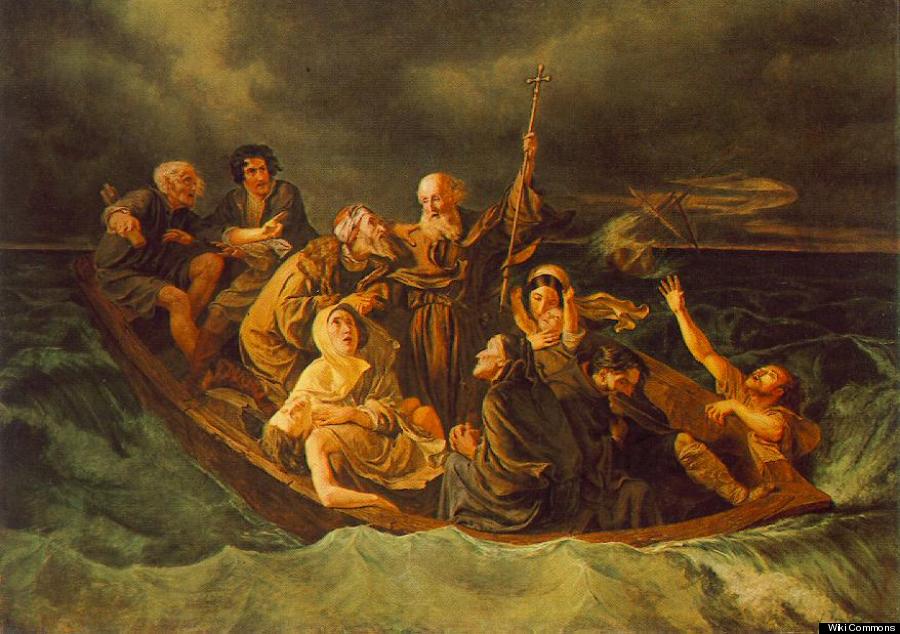 But if you think all the 1800s had to offer in the ways of art was morose, elderly ship riders, think again. Behind all the religious symbolism and overly poofy collars, artists were depicting the more everyday aspects of life, even those that occurred behind closed doors.

Yes, we're talking about erotica of the vintage variety, that perfect mix of Victorian manners and animal instincts that only gets more amusing (and titillating) over time. As evidence, see a work below, also by Mr. Zichy, this time with a bit less clothing involved. 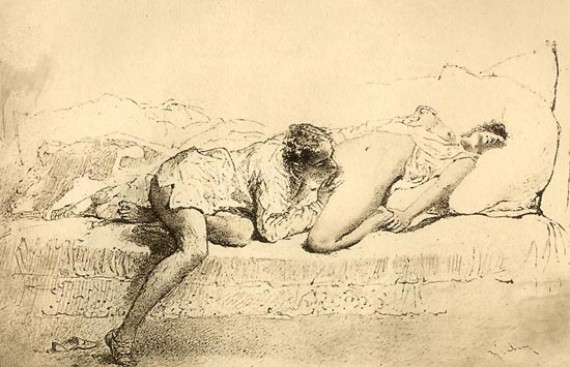 The merits of Zichy's NSFW artworks extend beyond their initial transgressions -- although, the combination of Victorian prudishness and human desire is endlessly enjoyable. Beyond this, Zichy's drawings are surprisingly realistic, incorporating subjects of a variety of ages and classes, engaging in acts both consistent with and diverging from sexual "normalcy." Although not pictured above, Zichy also depicted sex between partners of the same gender as well as sex with oneself, showing a remarkable open-mindedness for his day.

Although the dirty drawings weren't elevated to the status of art in their day, today their remarkable skill and bold subject matter clearly raises to the level of the masters. See Zichy's vintage erotica below and let us know your thoughts in the comments.