Mike Huckabee fancies himself a comedian, but few people are laughing at his Cinco de Mayo tweet.

The holiday commemorates the day Mexican troops defeated French forces in the Battle of Puebla in 1862. But the former Arkansas governor decided not to honor that battle for freedom, instead choosing to reference lazy stereotypes:

For Cinco de Mayo I will drink an entire jar of hot salsa and watch old Speedy Gonzales cartoons and speak Spanish all day. Happy CdMayo!

Some people see Speedy Gonzales as a stereotypical portrayal of Mexicans, though his cartoons are popular in Latin America.

Some were rightfully upset at Huckabee’s ignorance and disrespect:

@GovMikeHuckabee If that's the only thing you know about my culture, you've lived a very, very sad life.

We don't "drink" an entire jar of salsa… Speedy Gonzales is a racist cartoon… and you said you don't speak Spanish. https://t.co/qdHZPrZcaN https://t.co/TPcet8UP1E

Others had a simple suggestion.

And other Twitter users thought Huckabee should stick to what he knows.

@GovMikeHuckabee stick to celebrating your people's culture of wearing khakis from Sears and taking rights away from minorities.

@jgrebes @GovMikeHuckabee Unfortunately, he has a pre-existing condition called "being a jackass". Sadly, GOP made it nearly impossible 4 him to get treatment 4 it pic.twitter.com/706xYrQWFM

Then again, some suggested, maybe he just needs some attention.

Mike Huckabee says racist and stupid things because that's the only way his irrelevant ass can get attention these days.

Huckabee seems unlikely to ever admit his self-described “tongue-in-cheek” tweets are offensive.

A couple of his other “jokes” include labeling journalists “pot smokers” and taking jabs at Sen. Chuck Schumer after the Democrat teared up during a press conference:

It’s April 20, the national holiday for pot smokers, so don’t expect too much news from liberal media outlets today.https://t.co/Ea1aacXNia

“I find Twitter amusing to me,” he told Yahoo News last month. “And so I share it, and a lot of people ― you know, most of my humor is what I call groan humor, groaning people, oh boy. Groaning, g-r-o-a-n. Intentionally. It’s just sort of the kind of stuff that causes people to just maybe smile but they’re in on the joke, they get it, that it’s intended, tongue-in-cheek.” 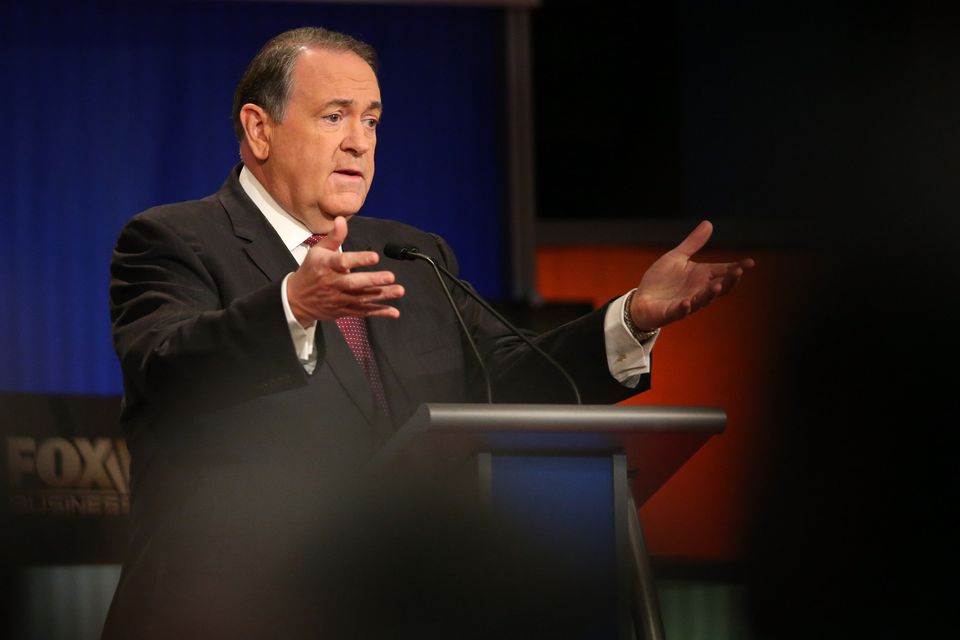