The Texas district attorney killed in his home three days ago was shot 20 times, according to an unnamed federal source quoted by an NBC News report.

The source also said that Kaufman County District Attorney Mike McLelland's wife was shot once -- a revelation that conflicts with a search warrant affidavit filed by the Texas Rangers, and reported on by the Fort Worth Star-Telegram. The paper reported that each victim was shot multiple times.

That affidavit also said sheriff's deputies "observed cartridge casings inside the residence near the two bodies," according to Reuters, after friends discovered the couple's bodies in their Forney house east of Dallas.

The killing of McLelland, 63, and his wife Cynthia, 65, has alarmed officials in law enforcement across the state. Fewer than three months ago, Mark Haase, an assistant prosecutor in McLelland's office, was gunned down near the county courthouse.

Authorities investigating the McLelland murders have released no motive for the shootings, but suspicion has fallen on a white power gang called the Aryan Brotherhood of Texas. The gang's 4,000 members are active in the state's prisons, and are allegedly involved in drug dealing and prostitution.

McLelland's office was part of a joint investigation that resulted in federal indictments against 34 reputed members of the white supremacist group last fall.

Anxiety about security reportedly pushed an assistant U.S. attorney in Houston to withdraw from the prosecution of the alleged gang members, the Dallas Morning News reported. 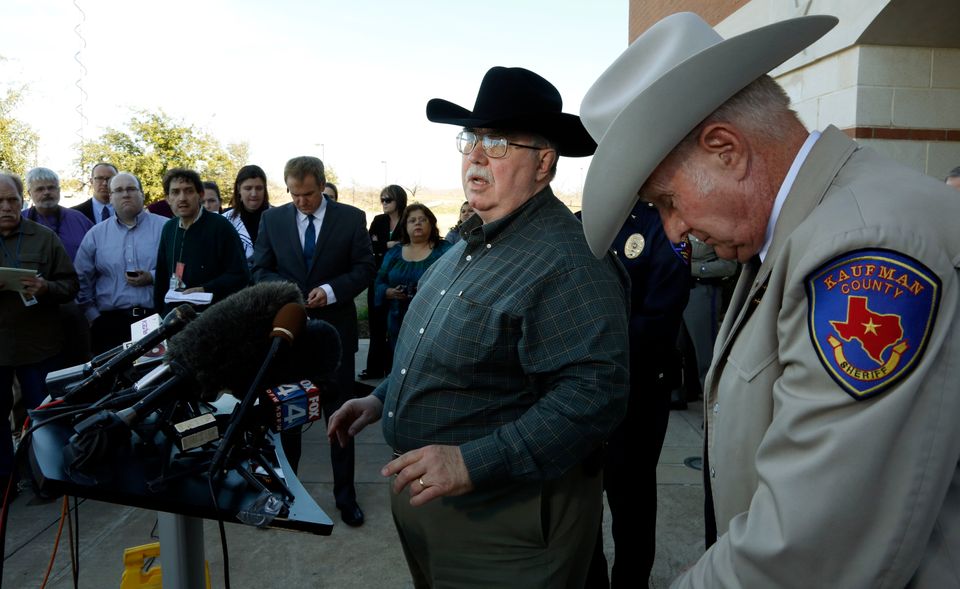