Miami Dolphins center Mike Pouncey was served with a subpoena by Massachusetts State Police at Gillette Stadium on Sunday afternoon, as first reported by Sports Illustrated’s Pete Thamel and Greg Bedard. The subpoena is related to the investigation of former New England Patriots tight end Aaron Hernandez's connections to interstate gun trafficking, according to an unnamed SI source.

Citing unnamed Dolphins sources, Albert Breer of NFL.com also reported that Pouncey had been served with a subpoena outside the visitors' locker room on Sunday after the Patriots defeated the Dolphins 27-17 in Foxborough, Mass. Breer reported that the subpoena doesn't necessarily mean Pouncey is "is being implicated in any wrongdoing." Similarly, the Sports Illustrated report indicated authorities view Pouncey "as a material witness who could advance their case against Hernandez."

Neither the NFL or the Patriots were aware that papers were going to be served following the game at Gillette Stadium on Sunday, reported Kevin Clark of the Wall Street Journal, citing an unnamed source familiar with the matter.

"The next thing that will happen is Pouncey will have to find a lawyer," ESPN legal analyst Lester Munson explained after the SI report. "He's going to have to decide whether he is going to answer questions from the prosecutors in Massachusetts or he's going to protect himself with the fifth amendment. And then the state police will evaluate everything that Pouncey says and determine the next step in the investigation."

The 24-year-old offensive lineman and his twin brother, Maurkice, attended the University of Florida with Hernandez. The Pouncey brothers' friendship with Hernandez generated headlines in July when they were photographed at a nightclub wearing hats with the message "FREE HERNANDEZ.

Maurkice apologized for the hats but Mike refused to discuss them after the photograph garnered so much unwanted attention.

Hernandez is facing first-degree murder and weapons charges in the fatal shooting of semi-pro football player Odin Lloyd in June. Hernandez has pleaded not guilty and has been held without bail at the Bristol County House of Correction. 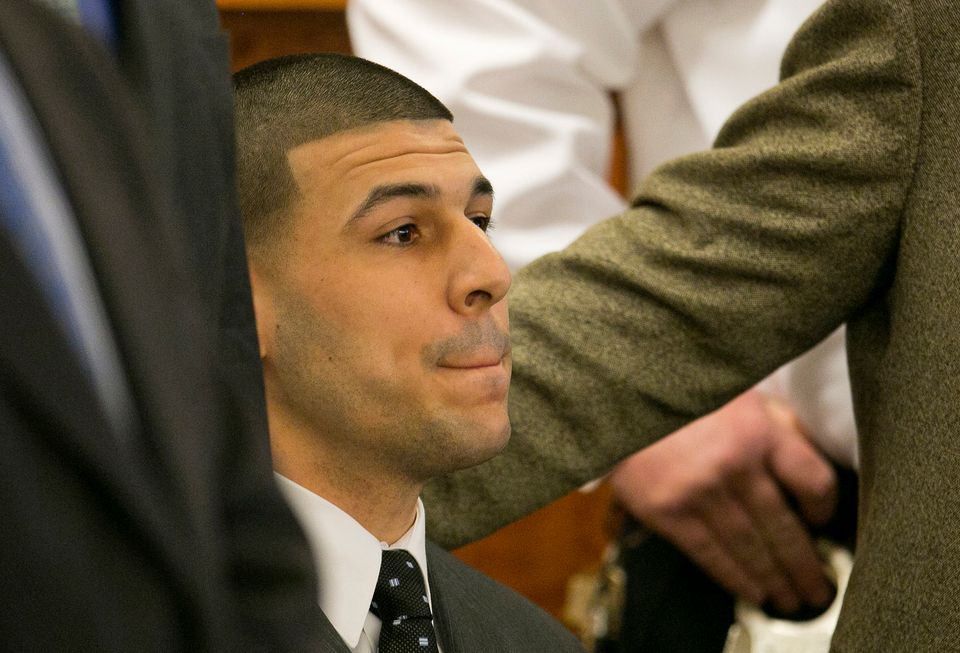