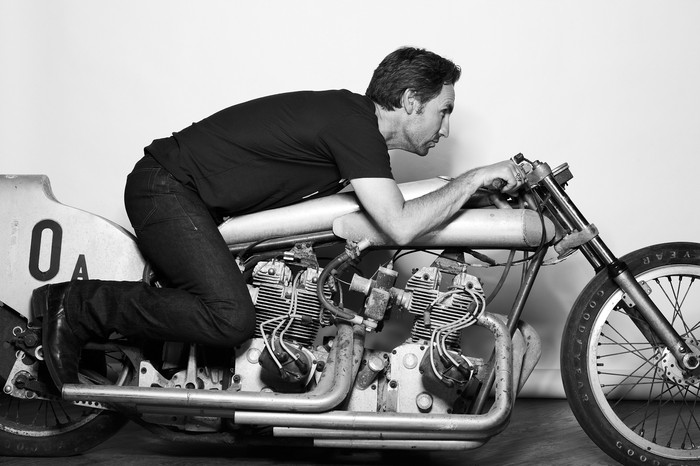 In a very short period of time, Mike Wolfe has become a household name, and also an inspiration to "pickers" around the globe.

His hit TV series, American Pickers, has a viewing audience of 6 million a week, and catch phrases like "Rusty Gold" and "I'll Pop on That" have become the lingo of choice with collecting enthusiasts. 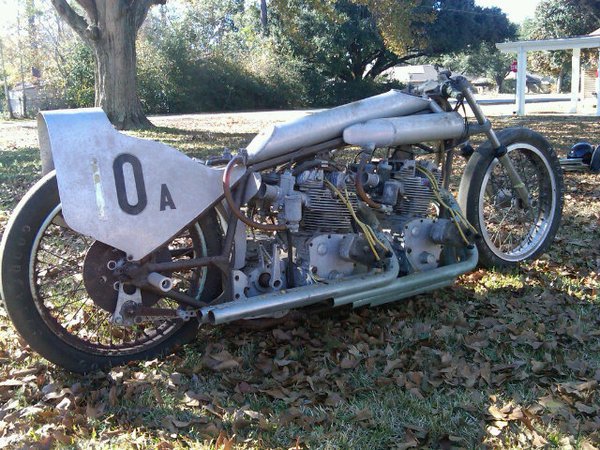 Diehard fans already know he's a bike aficionado. Watching the show, you'd think Wolfe never met a bike he didn't like! As you can imagine, curiosity got the better of me and I had to find out what it is about bikes that drives him to collect. Fortunately, I have his number on speed dial...

RH: What sparked your interest in collecting motorcycles?

MW: It came from my interest in bicycles. All the early manufacturers of motorcycles made bicycles. People that were influential in making early motorcycles were in the bicycle industry. The motorcycles I truly love are the early ones, pre-1910 -- which are impossible to find. If you look at that stuff, it's nothing more than a glorified bicycle. In the early days, there were so many brands. Most people only know the names "Indian" and "Harley", but it goes far beyond that. Early motorcycles are very hard to find. In fact, it's much harder than collecting early automobiles. It's why I get excited on the show when I find a "part" to a bike. Many items in collections are actually pieced together. Finding a complete bike is almost unheard of.

RH: What is your favorite bike in your collection? 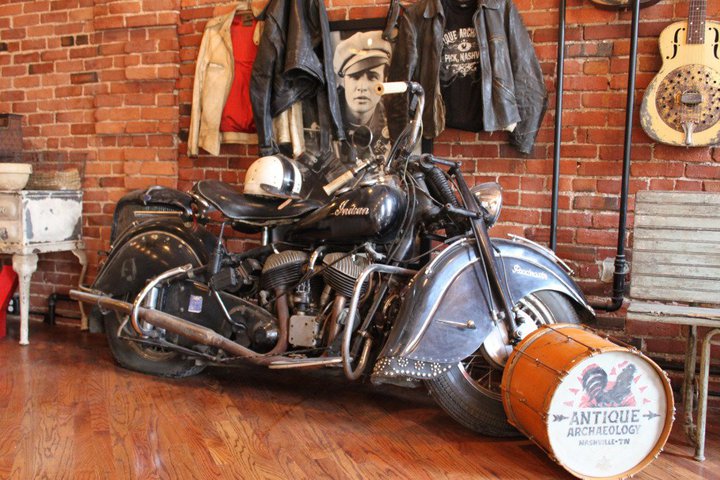 RH: How did you acquire it?

MW: I bought it from a longtime collector in Pennsylvania. He had been collecting since the early 1940s. He was a very eccentric collector. He collected everything about motorcycles and lived with it. He had so many stored in the barn the second floor caved in. He would never let anyone go in and buy anything. Recently, he passed away and my friend was able to acquire a few things from the family and sold it to me.

RH: A collection is three or more. I am assuming you have more than three bikes at this point? 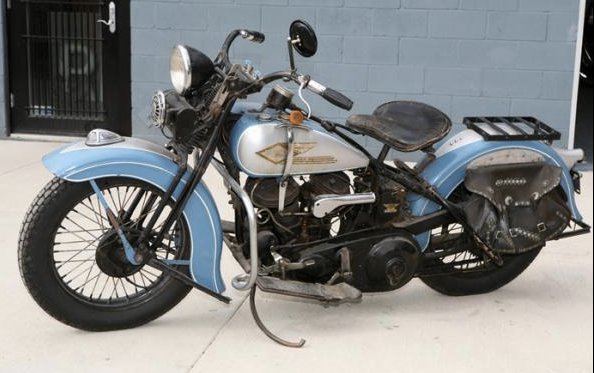 MW: Currently my collection consists of 25 motorcycles. One of the bikes I just bought was built by Von Dutch and is called the XAVW. I found it in a barn in Tennessee about a month ago. It is a mind blower! Von Dutch built it, engraved his name in the motor, then painted and pinstriped it. It's dated 1966. He took a 1942 Harley and put a VW motor in it.

RH: Your love of motorcycles is so great, you even have a motorcycle tattoo. Tell me about it...

MW: The tattoo doesn't have anything to do with motorcycles, but it's a logo for a motorcycle club. Even as early as the teens they used this winged wheel logo for clubs. When you talk about things like that, it speaks of that time period. I love anything transportation related!

RH: If price was no object, what would you add to your collection?

MW: There are two things I would want to add. A Black Hawk motorcycle would be tops. There was a Black Hawk manufacturer in my area growing up but no one has ever found one of these bikes. A few motors have turned up, but no bike. I started Antique Archeology because of antique motorcycles. Along the way I started buying other things to help pay the bills, but buying bikes was what the business was founded on. The second bike I would want is the Torpedo made by the Hornecker Manufacturing Company -- another bike that was made near my home, yet only one has ever been found.

With all the miles he's put on his van traveling the country looking in barns and fields, you'd think there would be nothing he couldn't find. OK, pickers, the mission if you choose to take it: Find Mike a Black Hawk or a Torpedo! Even if it's one part at a time...