When Mikey the pug arrived at the Michigan Humane Society in November, he was suffering from demodectic mange and glaucoma. The latter condition had left him blind and in serious pain.

A lot has changed in eight months.

All images courtesy of the Michigan Humane Society.

MHS veterinarians decided that Mikey would need his eyes removed for his comfort and health, and he underwent surgery shortly after he was rescued. In March, with the help of Michigan Pug Rescue, he found a new home with Sabrina Johnson, the district judge for Inkster, Michigan. Mikey is now 2 years old and fully recovered. 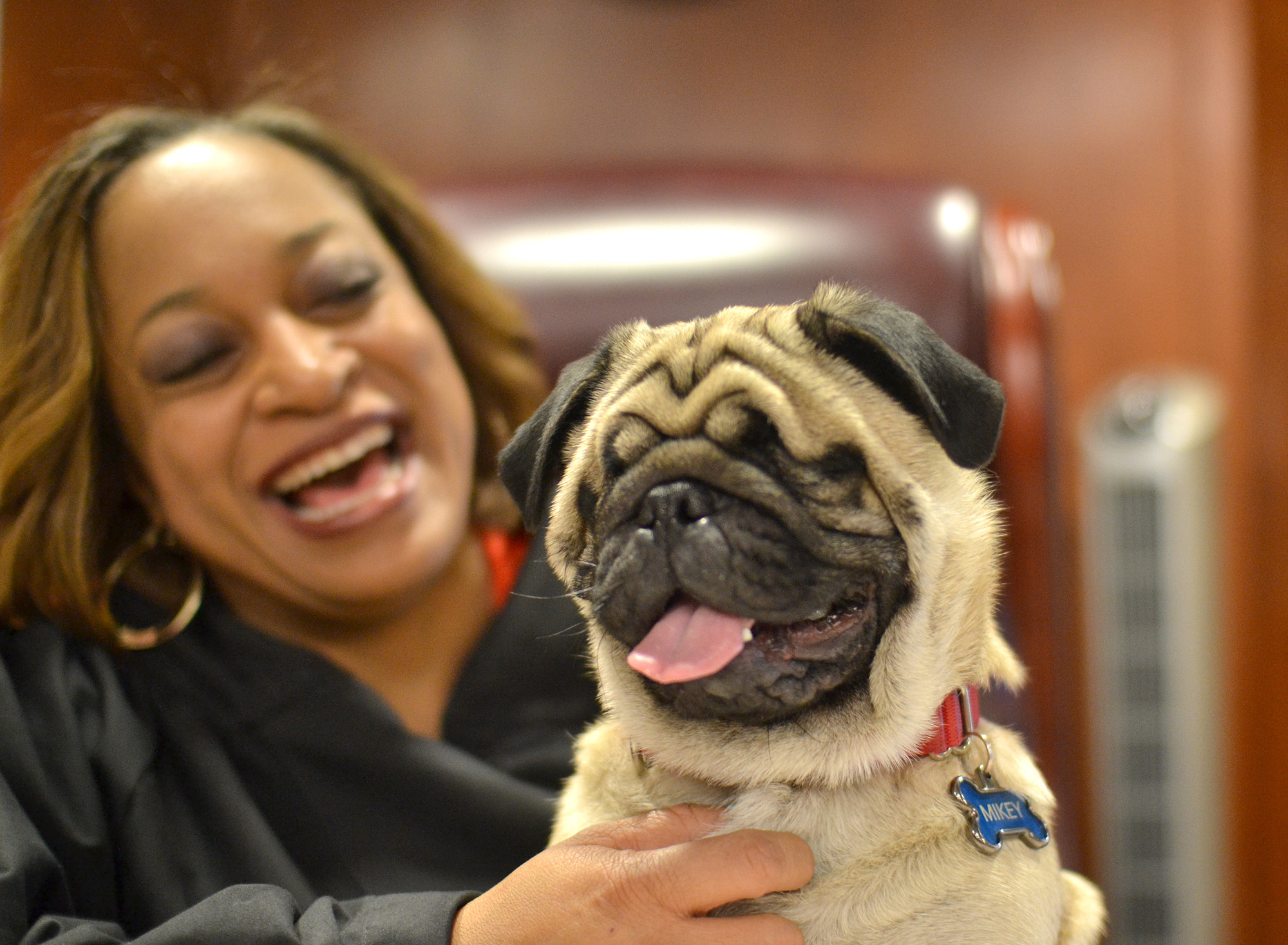 Mikey usually needs a little time to familiarize himself with new environments, but he's a fast learner and rarely bumps into things, Johnson said in a video released Monday by MHS.

If he does have a setback, though, he isn't fazed. Johnson says she's learned a thing or two from seeing Mikey in action.

“Sometimes when we’re walking in the park, he’ll get going and run into a tree,” she said. “He simply backs up, shakes it off and keeps moving. He really has taught me about how to live life.” 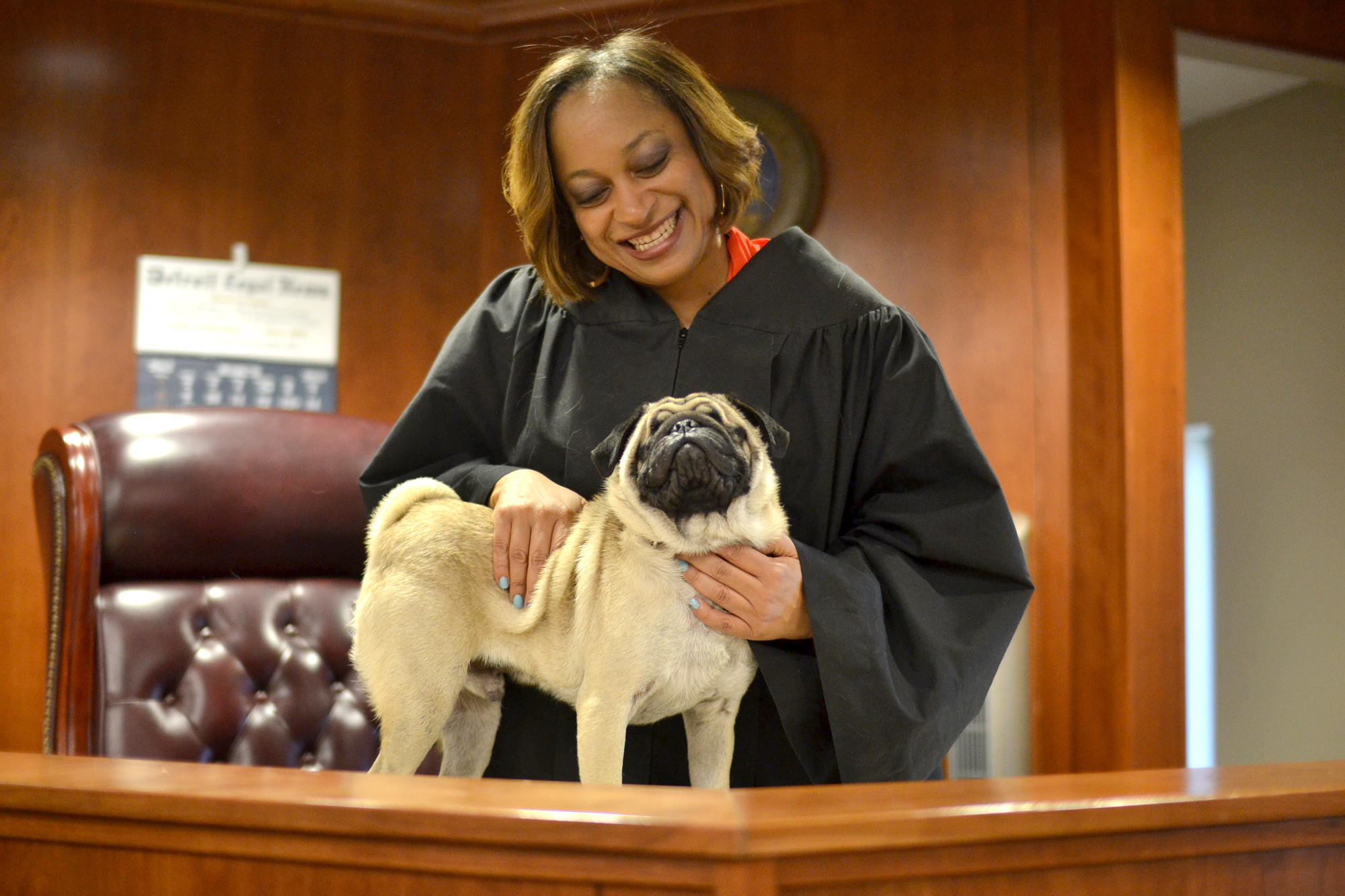 Mikey and Johnson seem like a perfectly matched pair, even enjoying similar hobbies.

The pug has also made friends at Johnson's work (and learned all of the proper procedures).

“When people meet him, they melt. I’ve seen very tough police officers just get down on their hands and knees, just play with him,” Johnson said. “He brightens everyone’s day.”

In her work, Johnson regularly deals with serious cases. Fortunately, it's clear that Mikey is brightening her days, too.

“I got him from rescue, and he really rescued me,” Johnson said. “He’s just the love of my life.”