By Michelle Martin and Steve Gutterman

BERLIN/MOSCOW, Dec 22 (Reuters) - Former oil tycoon Mikhail Khodorkovsky on Sunday promised not to seek power in Russia but said he would fight for the freedom of people he considered political prisoners, challenging Vladimir Putin two days after a presidential pardon freed him from jail.

Khodorkovsky told reporters in Berlin that "the struggle for power is not for me", but made clear he would put pressure on Putin and urged world leaders to do the same, saying his release should not be seen as a sign Russian repression is at an end.

"We need to work further so that there would be no more political prisoners left in Russia and other countries," he told a news conference at a museum commemorating the Berlin Wall from the Cold War era. "I am going to do my utmost in this regard."

Putin unexpectedly announced on Thursday that he would pardon Khodorkovsky, who had been in jail on fraud and tax evasion charges since he was arrested in 2003, during Putin's first term, and was seen by many as a political prisoner.

He was released from a prison camp near the Arctic Circle on Friday and flew to Berlin, where he was reunited with relatives.

He said he would not advise leaders on how to deal with Russia's "complex" president but added: "I just hope politicians from Western countries will keep in mind that I'm not the last political prisoner in Russia when they talk to Putin."

Emotional at times but looking healthy and composed in a dark suit and blue necktie, Khodorkovsky, said that there were no conditions attached to his release and that he had made no admission of guilt in asking Putin for a pardon.

But he said that despite the Kremlin's public assurances that he was free to return to Russia, he could not do so now because there was no guarantee he would be able to leave again if necessary.

NO CHOICE ON LEAVING RUSSIA

He said the decision to leave Russia immediately after his release had not been his.

"I had no choice. I was woken at 2 a.m. by the head of prison camp and he told me I was going home," he said. "During the trip I learned that the trip ended in Berlin. I saw on the door of the airplane that it was a German airplane."

The former Yukos oil company chief said his financial position was good and he had no plans to go back into business, but made clear he had not made big decisions about his future, saying repeatedly he had only been free for 36 hours.

Khodorkovsky, once Russia's richest man and the head of the Yukos oil company, was convicted in two trials that Kremlin critics say were part of a Kremlin campaign to punish him for challenging Putin, to bring his oil assets under state control and warn other tycoons to toe the line.

Khodorkovsky had funded opposition parties, questioned state decisions on oil pipeline policy, raised corruption allegations and fashioned himself as an enlightened, Western-style post-Soviet executive - all of which ran counter to Putin's efforts to tighten his grip on Russia in his first term.

Khodorkovsky said on Sunday he did not intend to seek to regain assets of Yukos, which was broken up and sold off after his arrest. Its main production asset ended up in the hands of state oil company Rosneft, now Russia's biggest producer and headed by a close Putin ally, Igor Sechin. 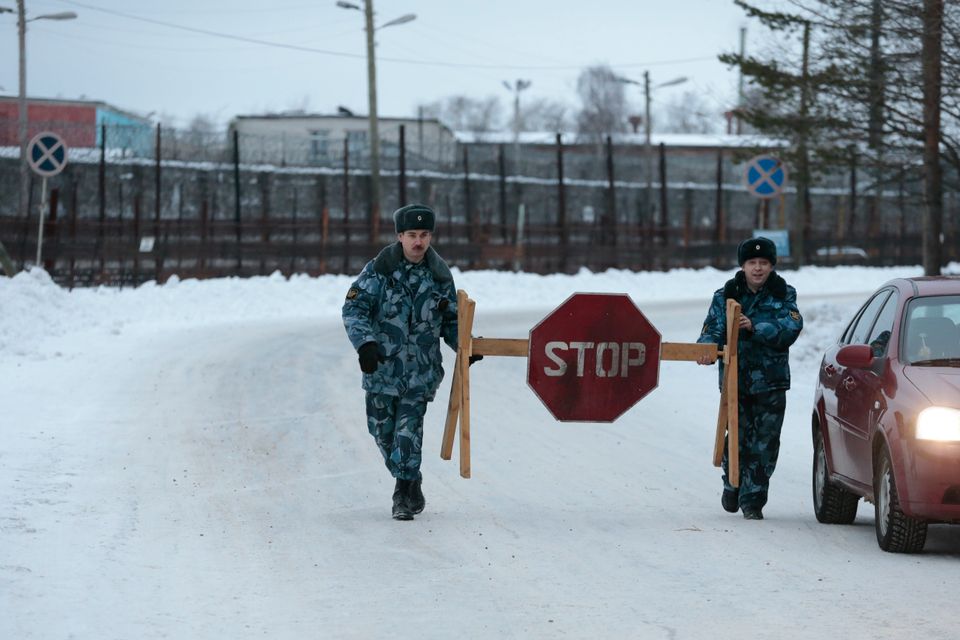