Police made a gruesome discovery in a private garage in the Noginsky district of the Moscow region on Sunday night. A body found hidden in a metal barrel filled with cement reportedly belongs to Russian lawmaker Mikhail Pakhomov.

"Pakhomov’s body was discovered in a barrel of cement near the village of Obukhovo in the Moscow Region district of Noginsk,” a spokesperson for Russia's Investigative Committee told state news agency RIA Novosti.

"Investigators have gathered enough evidence to establish the violent nature of Pakhomov's death," the Committee also said, according to SkyNews.

Thirty-six year-old Pakhomov belonged to President Putin's United Russia party and was a popular member of the city party in Lipetsk, a city south of Moscow.

According to The Telegraph, the father of two was kidnapped on February 12 .

The newspaper has more details on the abduction and the subsequent investigation:

It appeared the alleged perpetrators had bungled the crime and attempts to cover it up at several key moments. Witnesses saw three men pushing another into a car in Lipetsk last week. The victim's jeans, a shoe and his mobile phone were left at the scene, allowing police to identify him as Mr Pakhomov.

A day later, some of the politician's belongings were found in a Hyundai car when it was stopped for speeding. The driver and passenger were arrested and their evidence led to the body being located.

Police have arrested more than ten people in the wake of the murder. Investigators told RIA Novosti that they suspect Yevgeny Kharitonov, a 40-year-old housing utilities official in Moscow, of ordering the murder over unpaid debts. 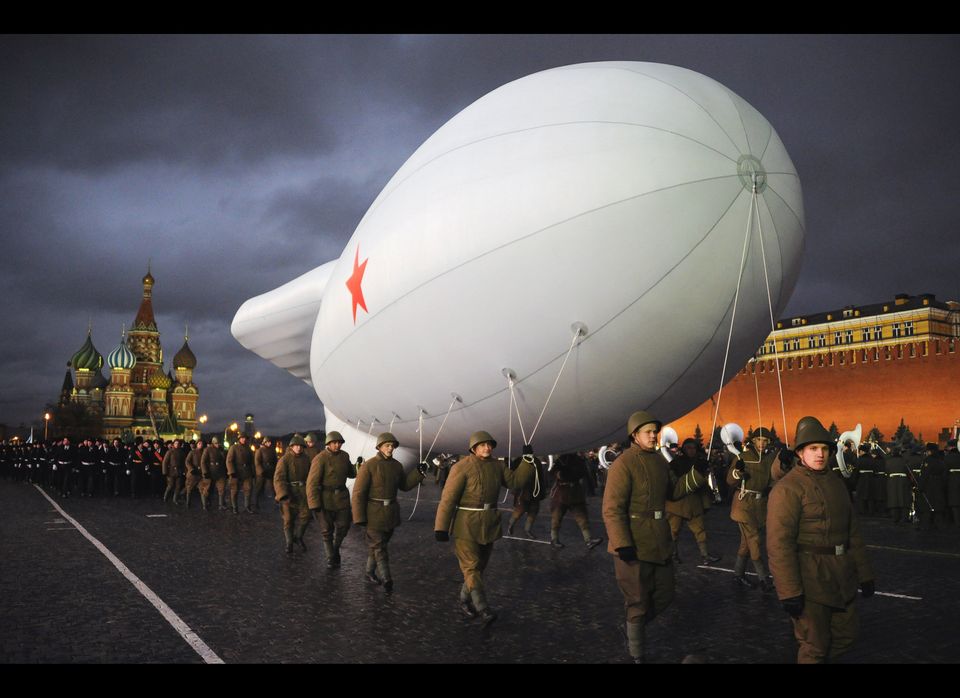 1 / 20
Russian soldiers dressed in World War II uniforms pull a dirigible aircraft during a military parade rehearsal at the Red square in Moscow, on November 1, 2011. The military parade and commemoration event will take place on November 7, marking the 70th anniversary of the parade held in 1941, when soldiers left for the front line just after marching through the Red square, as Nazi German troops engaged in fighting with Soviet soldiers a few kilometers from Moscow. (Getty)
Getty