We all know that Mila Kunis is stunning. She landed on nearly every "Sexiest Woman Alive" list in 2013 and is constantly turning heads on the red carpet. Her latest role, however, is highlighting her beauty in a more... natural way.

Kunis goes makeup-free in Gemfields 2014 campaign titled "Beauty By Nature," alongside their responsibly sourced emeralds. In an effort to distinguish themselves as suppliers of gemstones and not retailers, the 30-year-old actress has also been photographed without wearing actual jewelry. Not like she really needs the enhancements, but a strong message nonetheless.

Of course, posing without the usual glam can be nerve-wracking, even if you are Mila Kunis. She credits working with German photographer and filmmaker Peter Linderbergh on her ability to get comfortable. "I didn't have any make-up on; I didn't have my hair blow-dried -- so I felt a little bare. But he made me feel the most beautiful I have ever felt, and he was able to capture a very honest moment," she said in a release.

We couldn't agree more. Check out a photo from the campaign below and head over to the Gemfields' website for more info. 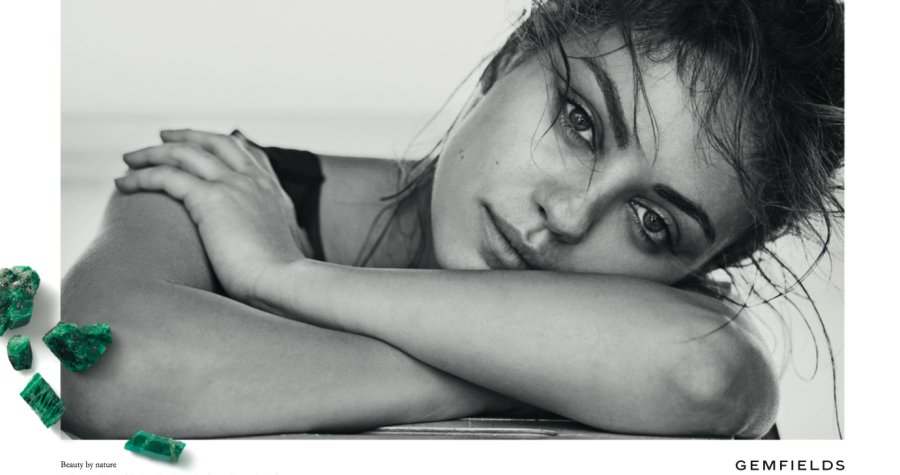 We love you, Mila: