Mila Kunis covers this week's Los Angeles Times Magazine, showing off the legs that carried her to 'Black Swan' success. Although, it seems, she didn't have to do much trying.

“I just thought, Who is that girl?” 'Swan' director Aronofsky told the magazine about first seeing Kunis in 'Forgetting Sarah Marshall.' “So charming and beautiful and sexy and smart and clever. There was so much going on.”

In fact, that role won her the 'Black Swan' part -- for which she was nominated for a Golden Globe -- without even needing to audition. All they had to do was Skype.

“It was the first movie I didn’t have to audition for,” Kunis recalls. “I was absolutely shocked. But I never questioned Darren about why he cast me. I didn’t want him second-guessing it.”

For more, click over to the LA Times Magazine. 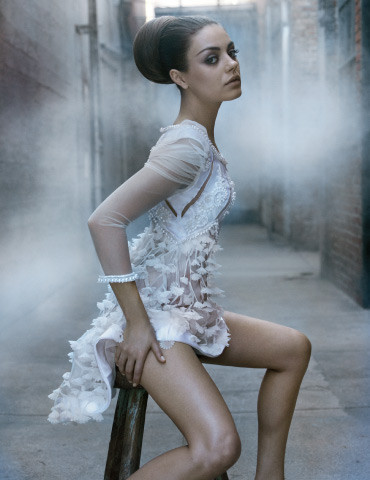