Even as a little girl, Mila Kunis never wanted to get married. But all that changed when she found the love of her life, her fiance and former "That '70s Show" co-star Ashton Kutcher. Now pregnant with the couple's first child, the 30-year-old opened up in W Magazine's August 2014 issue about her upcoming wedding.

“I never wanted to get married. From the age of 12, I prepared my parents for no marriage,” Kunis told W.

“Then things changed— I found the love of my life. Now my theory on weddings is: Don’t invite anyone. Do it privately and secretly. My parents are okay with that. They’re just excited that I said yes,” she said.

The actress credits her years on "That '70s Show" as the reason her relationship with Kutcher is so special.

“My first real kiss ever was with him on the show. And when 'That '70s Show' had a prom, my date for the prom turned out to be my fiancé. We can honestly say that we went to prom together!”

“Not only did [the show] introduce me to my fiance,” she continued, “But I’m so grateful that all my mistakes are recorded for posterity. I went through everything embarrassing that a girl can go through in front of my fiancé. There’s no question that he’s seen the worst. I find that comforting," Kunis added.

Kunis also told the magazine she’s ready to put show business on the back-burner for motherhood: “To me, this job has always been a hobby that turned into a great profession, but I don’t eat and breathe acting. I’m sure Meryl Streep has a very different point of view. But I’m excited about being a full-time mom,” Kunis said.

News of Kunis's pregnancy first broke in March. She is due later this year. 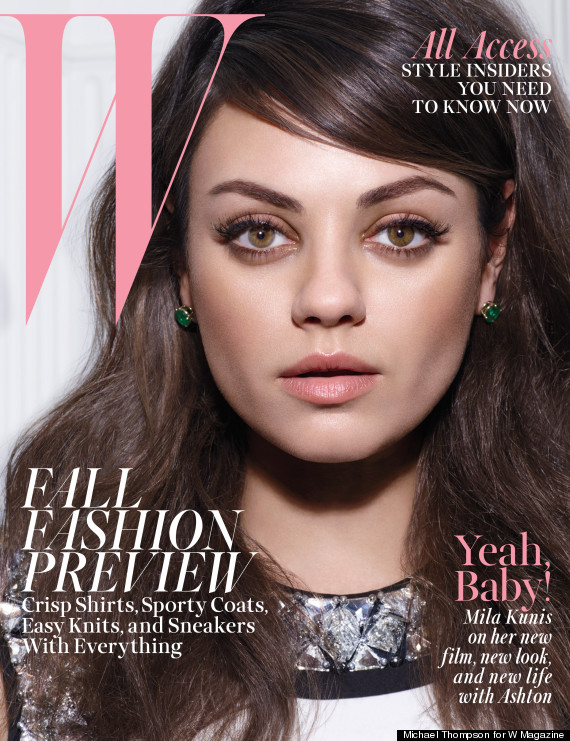