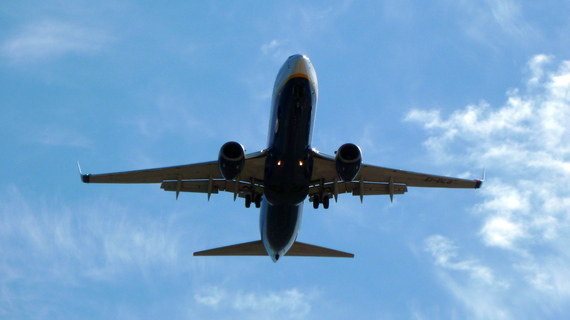 Last spring Eboo Patel wrote an extensive commentary on the brewing controversy over Orthodox Jewish men requesting same-gender seating on airline flights. He focused his commentary around "The obvious question: why is exchanging seats on an airplane with a senior citizen, a mother with children or a uniformed veteran considered a noble gesture while doing the same for an Orthodox Jewish man viewed as acquiescing to patriarchal oppression?" His answer to the question analyzes the situation based on the formulation in identity politics that "the personal is political" and concludes that liberal politics privilege racial, gender, and sexuality identities and marginalize religious identities. Notably, Patel was less analyzing the seating situation itself as the commentary on the seating situation as reported in the New York Times, that is on the reaction, not on the event itself.

A more recent instantiation of the seating controversy provides an alternative rationale for what Patel refers to as the "religion shaped hole" in progressive political philosophy. On Friday the New York TImes reported on a gender discrimination lawsuit filed in Israel by Renee Rabinowitz against Israel's national airline, El Al, for reseating her to accommodate the same-gender seating preference of a Hasidic or Haredi Jewish man. In the article, Ms. Rabinowitz directly contradicts Patel's analysis in terms of the identity politics formulation that "the personal is political:"

"For me this is not personal," Ms. Rabinowitz added. "It is intellectual, ideological and legal. I think to myself, here I am, an older woman, educated, I've been around the world, and some guy can decide that I shouldn't sit next to him. Why?"

If the issue is not the personal operating politically, then what is it? I would posit that a better analysis of the controversy arises from Ms. Rabinowitz' statement in the prior paragraph of the article: "Despite all my accomplishments -- and my age is also an accomplishment -- I felt minimized." In the situations Patel analyzes of a senior citizen or a mother with children, exchanging seats is a noble gesture because there is something deficient about either the senior citizen (i.e. decreased mobility) or about the mother with children (i.e. being overburdened) the effects of which changing seats can help alleviate. In the case of an Orthodox Jewish man asking a woman to change seats, it is not that the man is asserting that there is something deficient in him the effects of which will be alleviated by the woman moving, but rather exactly the opposite: he believes that there is something deficient about the woman that may interfere with his purity if he sits next to her. Little wonder, then, that women take offense at being asked to move, as doing so in effect affirms the claim of their deficiency.

I would argue that progressive politics does not have a religion-shaped hole so much as it insists upon the dignity of every human person, and so rejects religious claims to superiority. After all, the identity politics claims pertaining to race, gender and sexuality is that all races are equal, all genders are equal and all sexual orientations are equal. Progressive politics has a strong track record in encouraging types of religious pluralism that seek to provide a level playing field for all religious traditions. It is when religion is used as a basis to insist on the superiority of certain religious persons, and thereby at least imply the inferiority of those who do not so identify, that progressive politics pushes back.