Now, this is a photo that any parent would be proud to put on display. 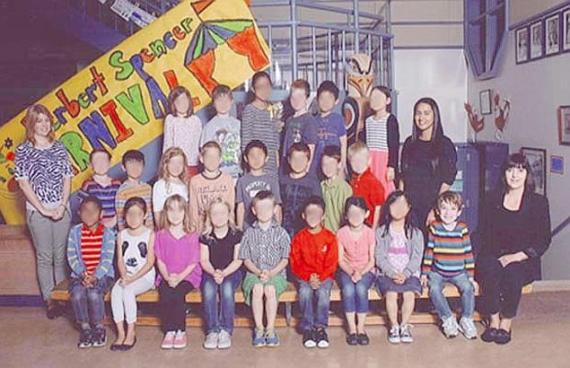 Miles Ambridges' second-grade class had its group photo retaken last week, after the original class photo showed Ambridge, a student with disabilities, off to the side and isolated from the group. The original photo, which went viral online, elicited the rage of Ambridges’ parents and resonated with viewers around the world.

“I couldn’t comprehend how the photographer could look through the lens and think that [the original picture] was good composition. ... [T]his just boggled the mind,” said mother Anne Belanger, per the Toronto Star. “Being picked on and being set aside is horrendous and this was what was happening."

However, Belanger calls the new photo "gorgeous,” according to the Province.

Seven-year-old Ambridge has a genetic disease called spinal muscular atrophy, which weakens his muscles and requires him to use a wheelchair. While Ambridge is separated from his class in the original photo (seen below), he clearly wants to be included and can be seen straining his body to be closer to the group. Upon seeing the photo, Ambridges' parents requested that it be retaken. 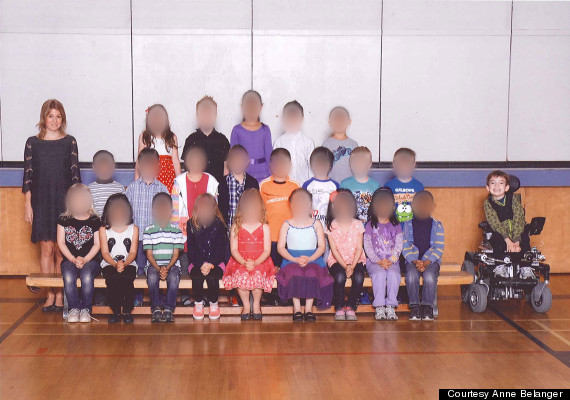 In Ambridges’ new photo, he is seen in the front row, beaming as he sits next to his classmates and his caregiver. While some have criticized the fact that Ambridge was taken out of his wheelchair for the second photo, his father says he approved the idea, according to the Province.

“When he gets home, first thing he asks is to get out of the chair and sit on the couch,” said Don Ambridge. “He’s not tied to it in the same way that others can be.”

Ambridges’ parents never showed their son the original class photo, and according to the Province, he is still unaware that it caused any controversy. When he saw the new photo, he was delighted. “Oh, mommy! This is so nice," he said.

According to the Today Show, Ambridges’ parents were pleased with the way the Canadian elementary school handled the situation. They felt the school went out of its way to make things right.

What do you think of Miles' new class photo? Let us know in the comments section.