It wasn't just Miley Cyrus' daring dress that turned heads on Wednesday -- the 21-year-old's massive donation toward the fight against AIDS also got people talking.

The singer appeared at the amfAR LA Inspiration Gala in Los Angeles to raise funds for AIDS research and bring attention to the virus. Cyrus bought a photograph for $300,000 at the event's auction and donated an additional $200,000 toward the American Foundation for AIDS Research, New York Daily News reported.

"It’s so important for me of all people to represent because I have a voice and I want to start an open dialogue about prevention," Cyrus said at the event, according to Variety. "Obviously I’m not too embarrassed to talk about these things, especially with young people."

According to the Centers for Disease Control and Prevention about 1.1 million people aged 13 years and older are living with HIV in the U.S., and 15.8 percent of those individuals are unaware of their infection. The organization has found that certain demographics are disproportionately affected by the virus, including black Americans and men who have sex with men.

The fifth annual event, which was also attended by Rihanna, Gwyneth Paltrow, Justin Timberlake and other celebrities, raised about $3 million for the American Foundation for AIDS Research, according to Variety. 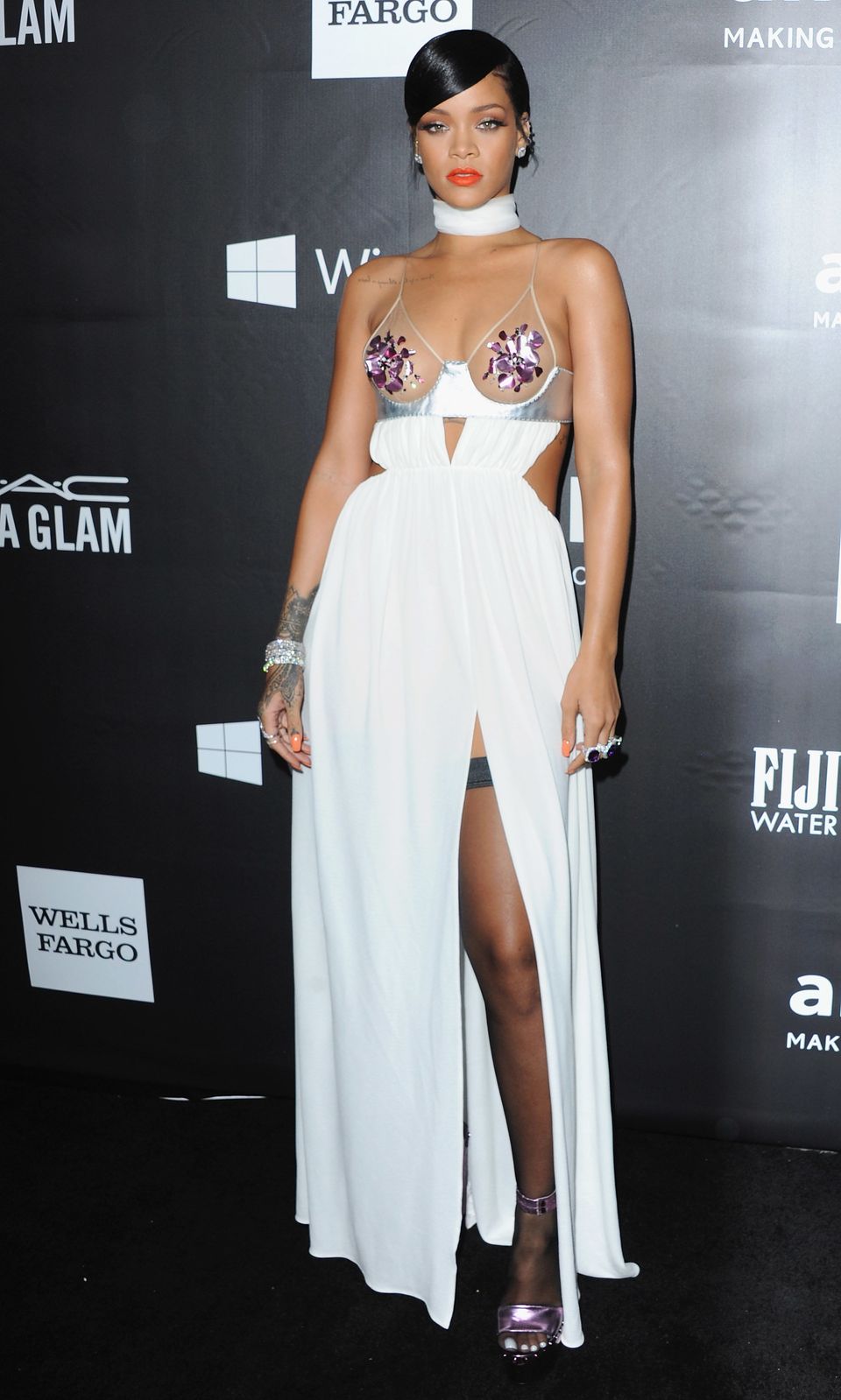