Ahead of the kickoff of Miley Cyrus' Bangerz tour, the controversial singer said that her shows would be great for the younger set, explaining, "Even though parents probably won't think this, I think my show is educational for kids."

With the first few concerts under her expectedly skimpy belt, Cyrus has shown that one of the things she planned to educate the kids about was former President Bill Clinton's infamous affair with White House intern Monica Lewinsky.

"They're going to be exposed to art most people don’t know about," Cyrus said. "People are taught to look at things so black and white, especially in small towns. I'm excited to take this tour to places where [art] like this wouldn’t be accepted, where kids wouldn’t learn about this different kind of art."

For the "We Can't Stop" singer, this "art" meant performing with a male dancer wearing a Bill Clinton mask and kneeling in front of him to simulate oral sex. Check out photos of Cyrus with her Clinton dancer from her "Party in the U.S.A." performance below. 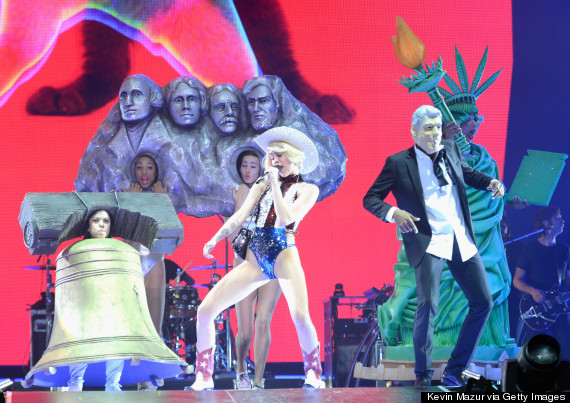 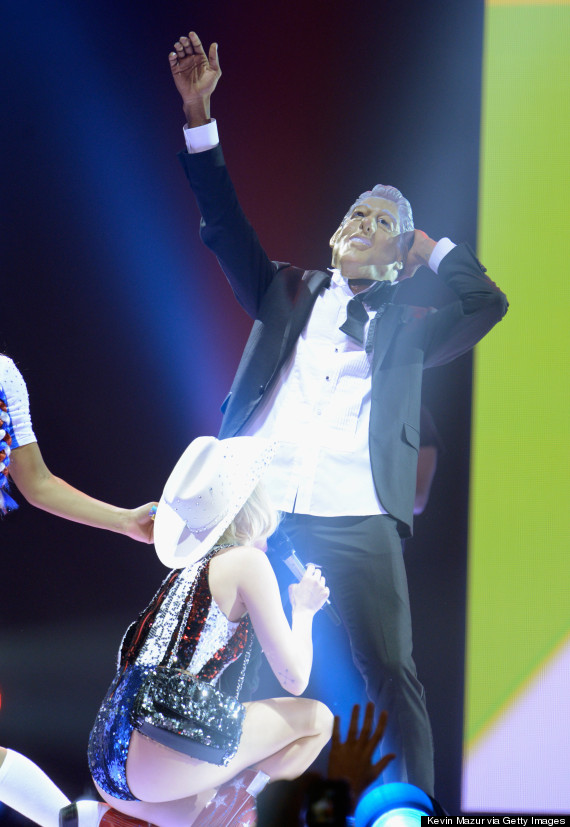