Crop tops and thigh-high boots is a standard outfit combination in the world of Miley Cyrus. But her latest take on the look adds in another one of her key wardrobe elements: a bra top.

That's right, the 20-year-old singer has finally found the perfect marriage of her I'm-not-a-kid-anymore style staples, and it takes the form of a plunging bralette paired with animal skin boots and crotch zipper leggings, an outfit she tried while performing in Hollywood over the weekend. Hey, at least she wore a bra this time...

To give you a refresher, Miley's first high profile bra top garnered the singer plenty of attention during her appearance on Jay Leno back in October. Now that she brought it on-stage, are we to expect this to be the engaged star's thing? Is this her version of Jennifer Lopez's jeweled catsuit? Or even Madonna's controversial tour looks?

If this does get a prime spot on the Miley Cyrus performance ensemble rotation, we advise watching out for wardrobe malfunctions -- those bra-top-things make us nervous just looking at them. And since nip slips aren't exactly strangers to the stage, we suspect the ex-Disney star will need a lot of luck to avoid one herself. Bonne chance, Miley!

Check out photos of Miley Cyrus performing in her bra top and thigh high boots and tell us what you think of the getup. 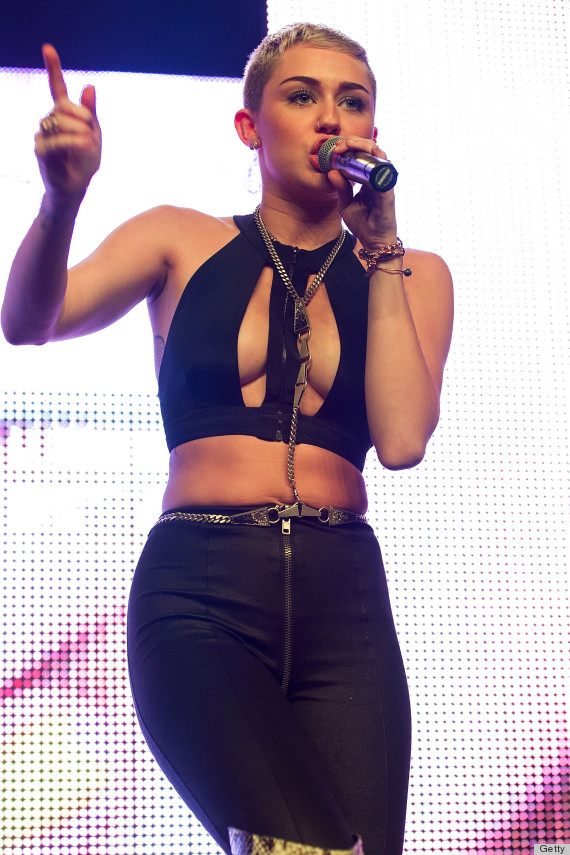 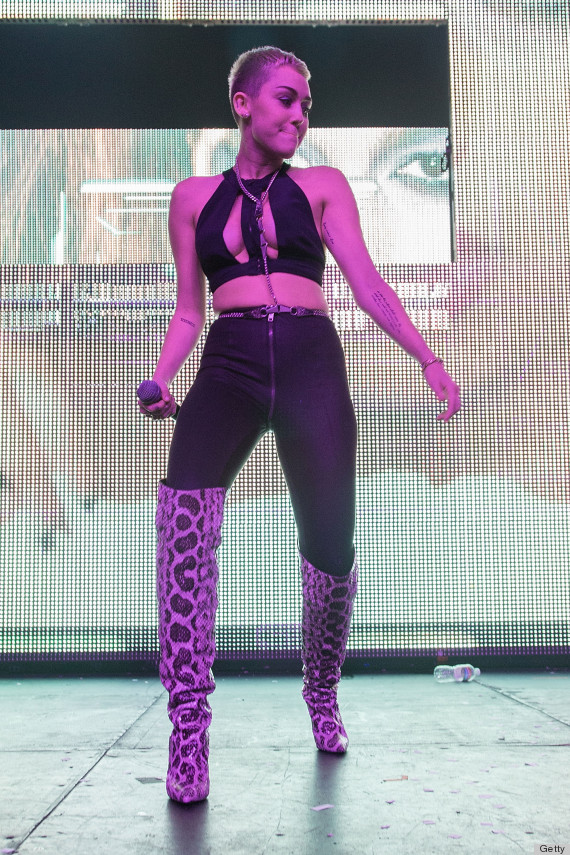 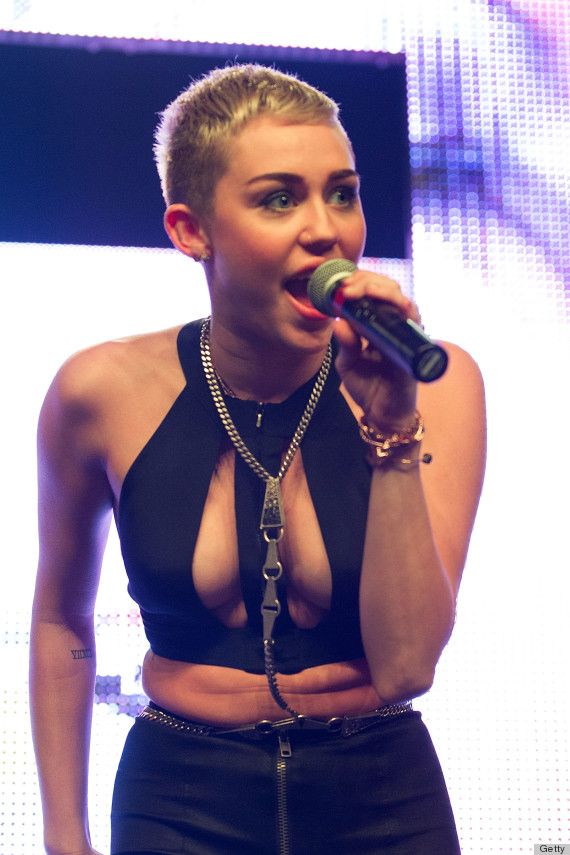