Miley Cyrus went wild over the weekend at an electronica concert in Los Angeles. The 19-year-old singer performed at Israeli dubstep DJ Borgore's "Christmas Creampies" concert Saturday at the Fonda Theatre in Hollywood dressed in a risque getup of skin-tight pants and a S&M-style chain and rocked a shorter, buzzed hairdo that looked one shade away from Sinéad O'Connor.

The former Disney star also danced with a topless stripper slinging from a stripper pole on stage (NSFW photo below). Cyrus previously collaborated with Borgore on the dubstep track "Decisions," which hit the internet this fall and also came with an accompanying music video that features Cyrus' real-life fiancé, Liam Hemsworth, dressed as a unicorn.

"I really wanted her here, really," Borgore told Rolling Stone about Miley Cyrus joining him for the concert. "I feel like the second I go on the mic and there’s another person on the mic, it goes extremely well." 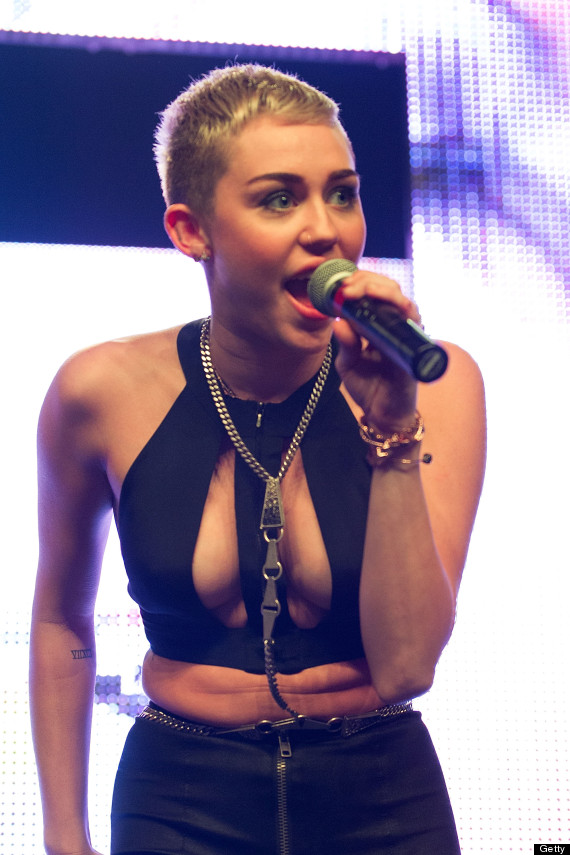 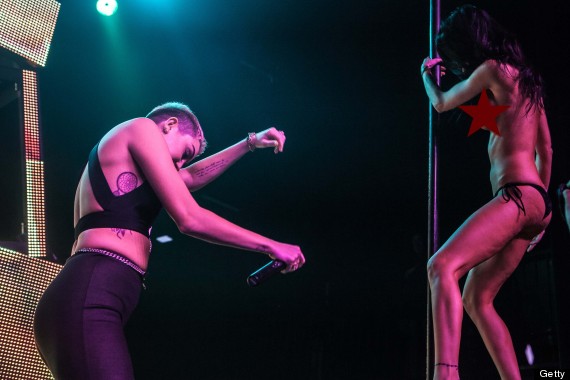 The Most Popular Shows On Netflix Right Now Besides 'You'