A 19-year-old hacker who published provocative photos of teen queen Miley Cyrus earlier this year was raided by the FBI Monday morning in Murfreesboro, Tennessee.

The hacker, Josh Holly, repeatedly bragged online about breaking into the Disney star's e-mail account and stealing her photos. He also gave interviews to bloggers and others and boasted that authorities would never find him because he moved so often. [Last month, Holly contacted Threat Level seeking to have an article written about him here.]

But this morning the FBI did find him and, after talking with him for more than an hour about his exploits, served him with a search warrant and a list of items to be seized (which was posted at the hacking site digitalgangster.com after Holly showed it to a friend).

When agents finally left his apartment after conducting an extensive search, they had three computers and Holly's phone, among other things. Hours after the raid, Holly phoned Threat Level from his sister's phone to report what had occurred. He hasn't been arrested or charged with a crime yet. 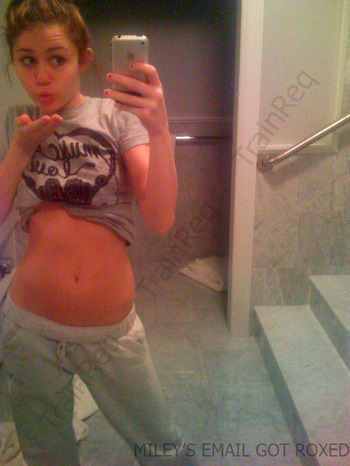