It looks like Miley Cyrus and Liam Hemsworth are now husband and wife.

The couple, who’ve been together on and off since 2010, seem to have tied the knot in a private ceremony over the weekend in front of their family and friends. Miley wore a white dress while Liam kept it classic in a black tux.

Cyrus’ sister Noah and mother, Tish, were on hand in video and pictures posted from the wedding, while Liam’s brothers Chris and Luke were also seen at the private nuptials.

Cyrus appeared to confirm the news in a series of pictures posted on Instagram Wednesday where the two are hugging and appear to be wearing wedding bands. The “Malibu” singer captioned one of the posts “10 years later ... ”

Cyrus and Hemsworth first met in 2009 on the set of the “The Last Song,” and by 2010 they had made their red carpet debut as a couple.

In June 2012, after plenty of speculation, the former “Hannah Montana” star confirmed she and Hemsworth were engaged, telling People she was looking “forward to a life of happiness with Liam.”

By August 2013, following Miley’s infamous VMAs performance, the pair had called off their engagement. For the next two years, both stars seemed to be doing their own things, focusing on their respective careers.

At the start of 2016, though, romance rumors began swirling once again after photos of the two spending New Year’s together in Australia surfaced online. Shortly after, Miley started wearing her engagement ring again ― the same one Liam proposed with in 2012.

Miley and Liam played it pretty coy when it came to talking about the status of their relationship following their reunion. They didn’t shy away from sharing declarations of love or adorable throwback photos of each other on social media, though.

It wasn’t until an October 2016 appearance on “The Ellen DeGeneres Show” that Miley confirmed the two were, once again, engaged. (Her dad, Billy Ray Cyrus, and godmother, Dolly Parton, definitely dropped some hints, too.)

Here’s to the happy couple ― congrats! 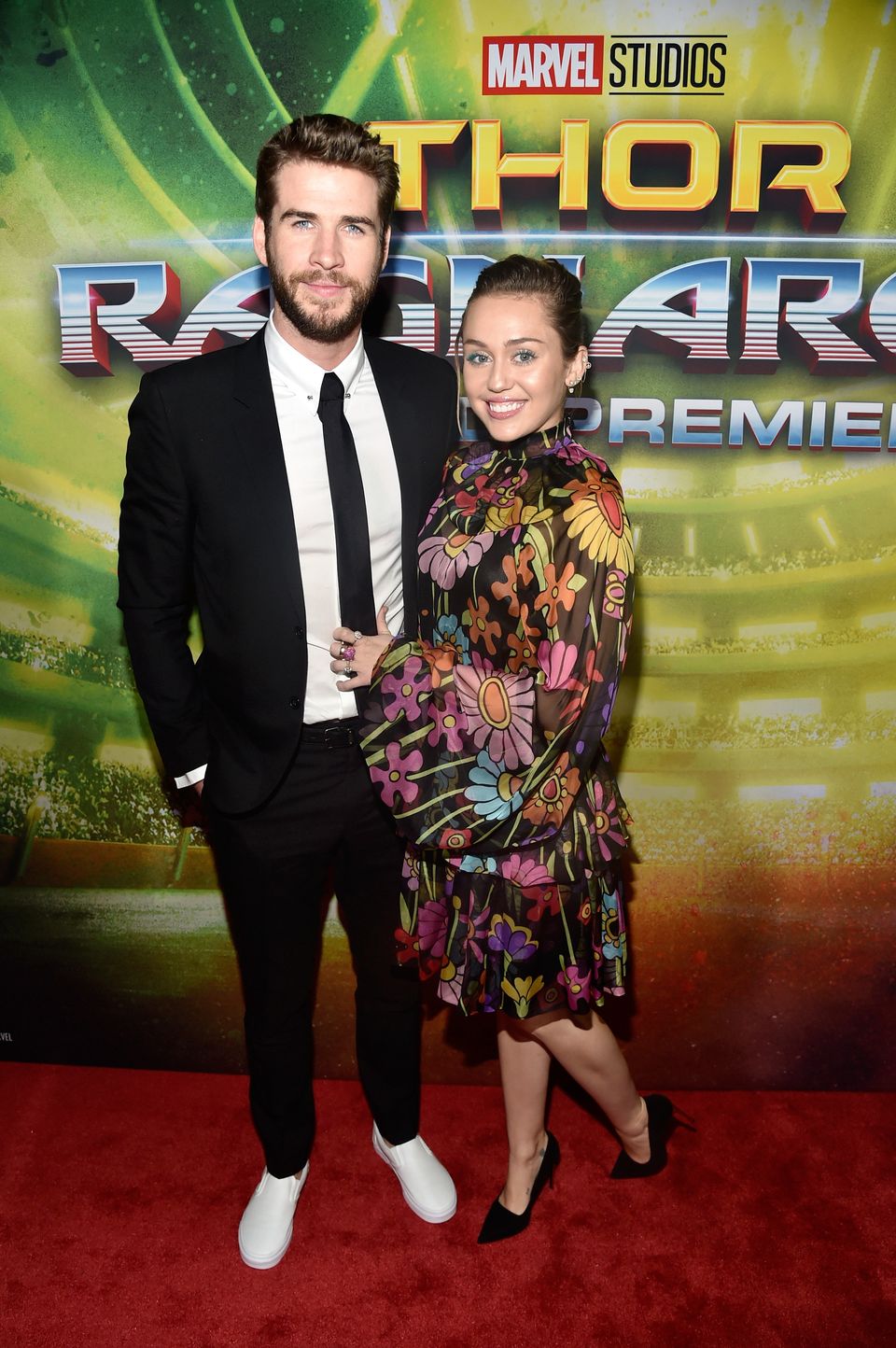