Miley Cyrus and Liam Hemsworth walked the red carpet together at Thurday night's premiere of the actor's new movie "Paranoia" amid ongoing rumors the two have not only called off their engagement but called it quits.

Since rumors of trouble in paradise began a few months back, the couple has been seen far less frequently in public together, so their red carpet appearance is definitely meant to quash rumors in their tracks.

Still, while Cyrus was all smiles and looked lovely in her red and black patchwork Proenza Schouler frock, we couldn't kick the feeling that Hemsworth looked less than thrilled to be there, which is strange since it was his movie premiere, after all.

Our intuition appears to be right on the money, since a source told Us Weekly that despite attempting to put on a united front, the couple looked anything but in love. "Miley and Liam acted like they didn't even know each other the entire night," the source revealed. "She was wearing her ring but they acted as if they were strangers."

The couple became engaged in June 2012, but have yet to even set a wedding date. According to Cyrus' younger sister, Noah, the pair aren't planning a wedding at this time. 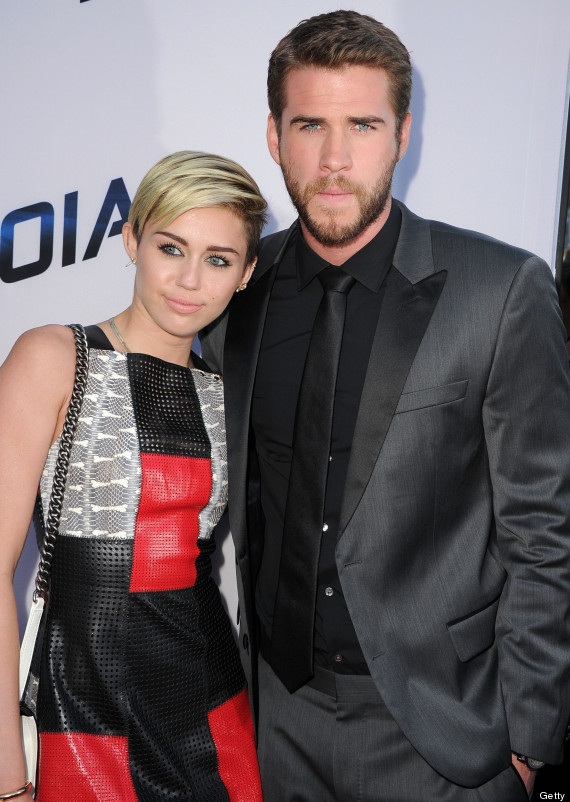 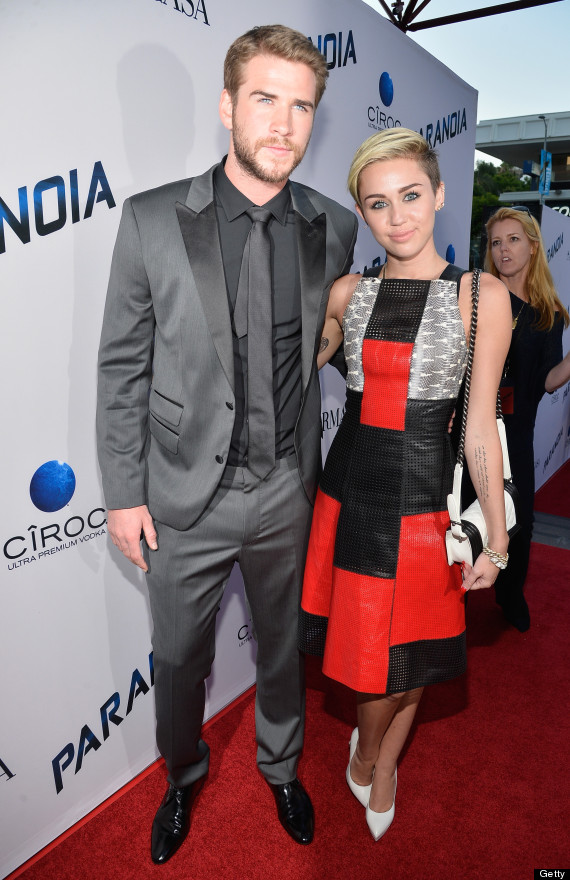