Oh, it's just Miley, driving a white convertible over the weekend and making a pit stop for medical marijuana in California, a state where prescription weed is legal. According to photo agency X17Online, Cyrus didn't enter the premises herself, but chauffeured a pal who went in instead.

The newly engaged pop star, 19, hasn't been exactly shy about her fondness for weed in the past. In December 2010, Cyrus was videotaped smoking something out of a bong (the herb salvia). And in November 2011, she told the crowd at her Hollywood birthday party, "You know you're a stoner when your friends make you a Bob Marley cake. You know you smoke way too much f***ing weed," though she would later claim it was all a joke. 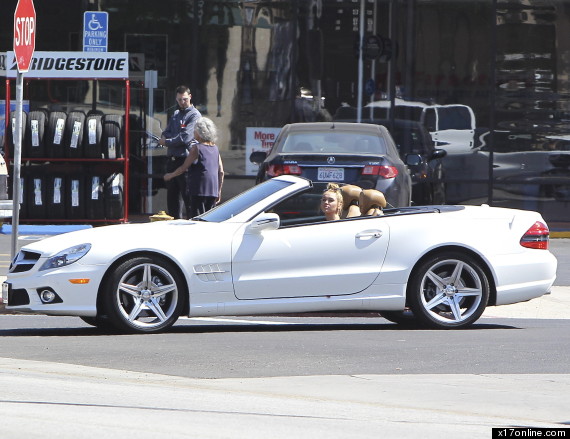