Cyrus opted for a minidress featuring images of rappers Biggie Smalls and Tupac Shakur and the words "Please Stop Violence" on it. The lace-up dress had a plunging neckline and was completely backless, minus the material covering Cyrus' derriere. She paired the look with heavy gold jewelry and thigh-high checkered boots. 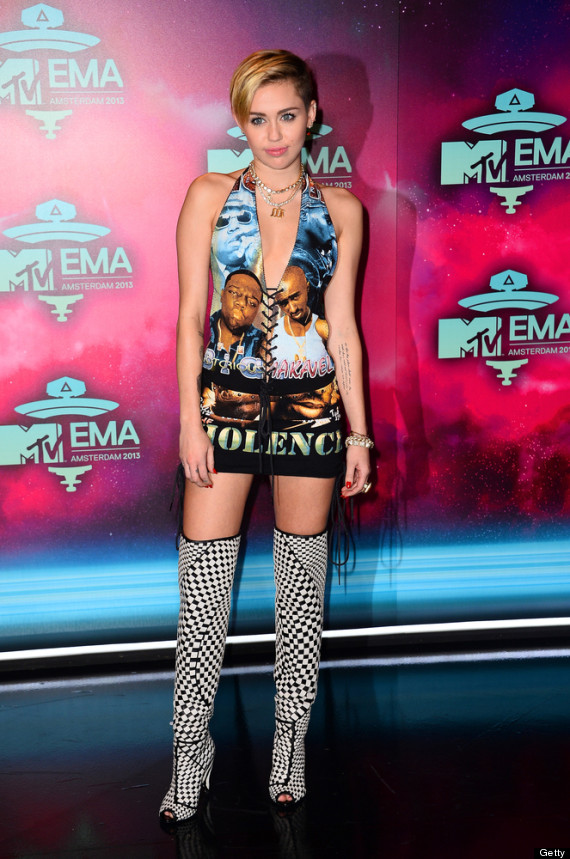 The 20-year-old is set to perform "Wrecking Ball," according to MTV News.

Prior to the event, which is being held at the Ziggo Dome in Amsterdam, Cyrus tweeted a naked shower selfie for her 15 million followers while getting ready for the night.

It seems like she has been having a great time in the Netherlands. On Friday, Nov. 8, she and model Cara Delevingne spent four hours at an Amsterdam coffee shop, according to E! News. 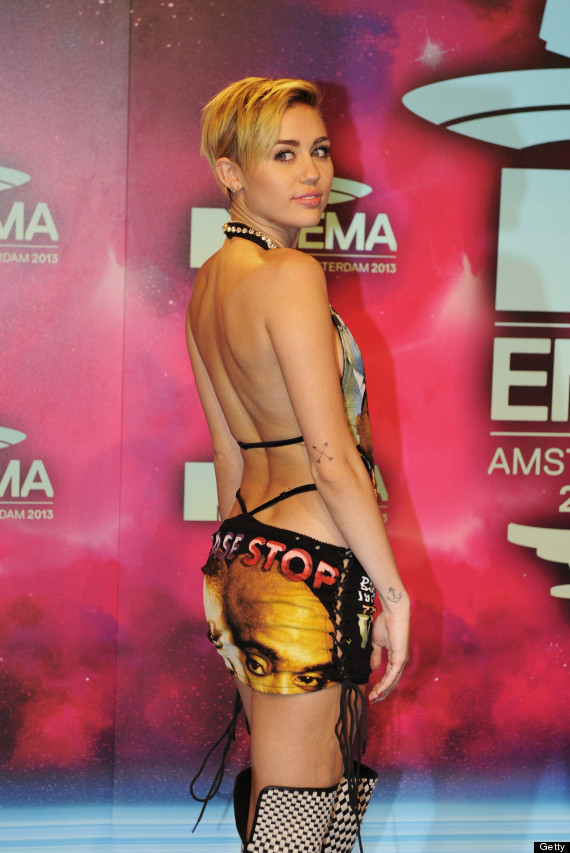 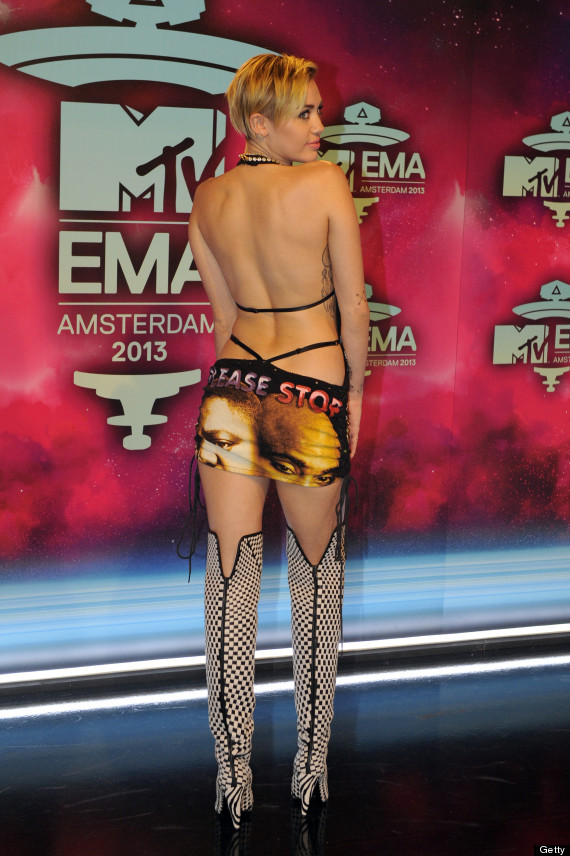 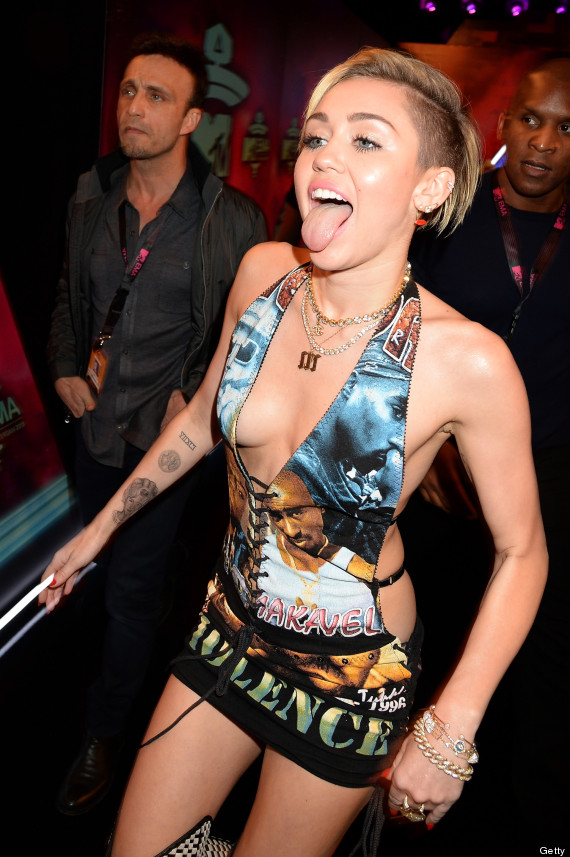