It's nearly the end of 2014, and Miley Cyrus has been trying shock us with her get-ups for the better part of the last two years.

When the 22-year-old stepped out topless -- save for some disco ball pasties covering her nipples, a silver wig made of tinsel and makeup inspired by Mimi from "The Drew Carey Show" -- we hardly batted an eye.

Wednesday night, Cyrus attended Tommy Hilfiger and art dealer Jeffrey Deitch's Art Basel party at the Raleigh Hotel in Miami Beach, Florida, where she took the stage and told the audience, "You thought this was a respected place where you could escape me!"

After her performance, she hit up the Dream nightclub with her new beau, Patrick Schwarzenegger, before moving on to Eleven nightclub.

You do you, Miley. 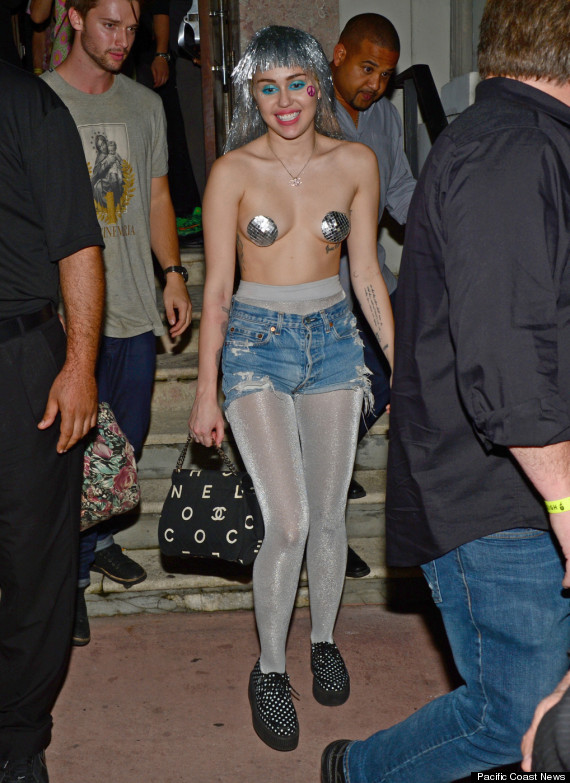 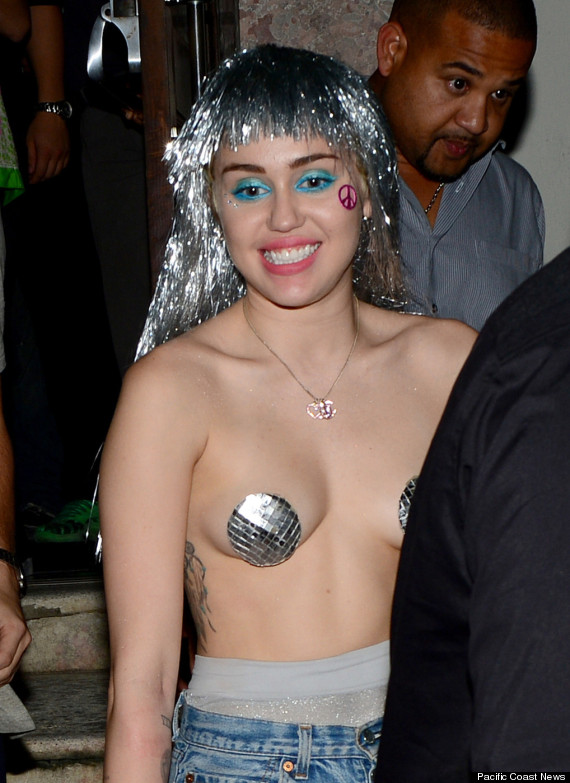 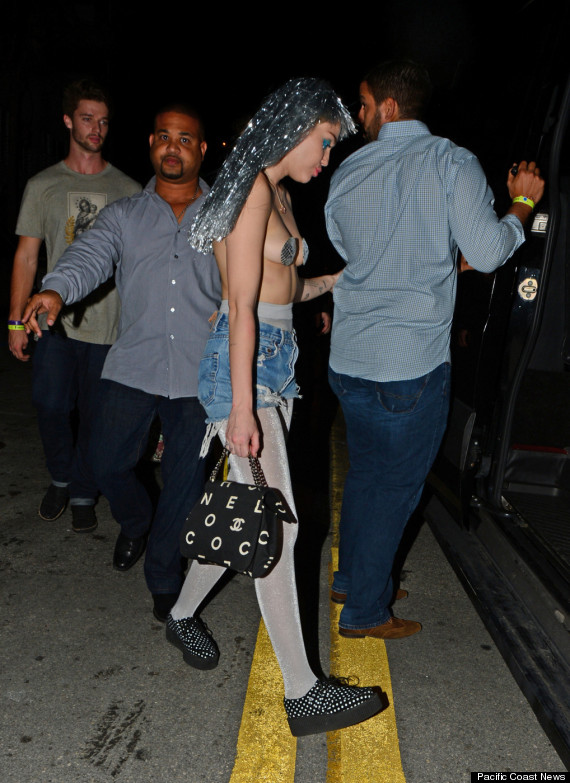